We are lucky enough to be having a spring break where it actually feels like spring.  As I mentioned yesterday, Aliza and a neighborhood friend just held their first lemonade stand of the year.  I told the girls that a good rule of thumb is, if you still need a jacket to be outside, it's probably too cool yet for a lemonade stand.  They respectfully disagreed.

Then they played on the trampoline.  Half the time they aren't even jumping, they just like hanging out in there. 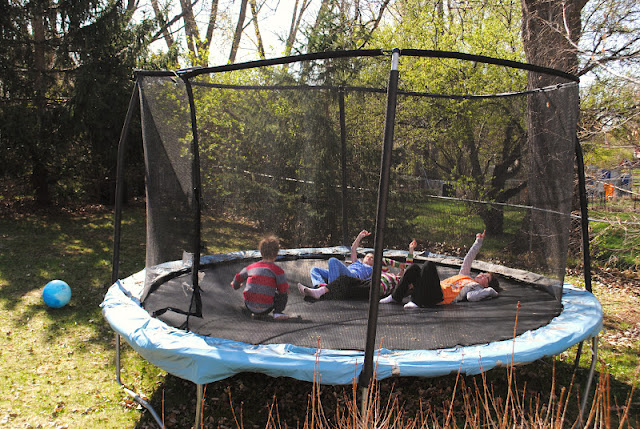 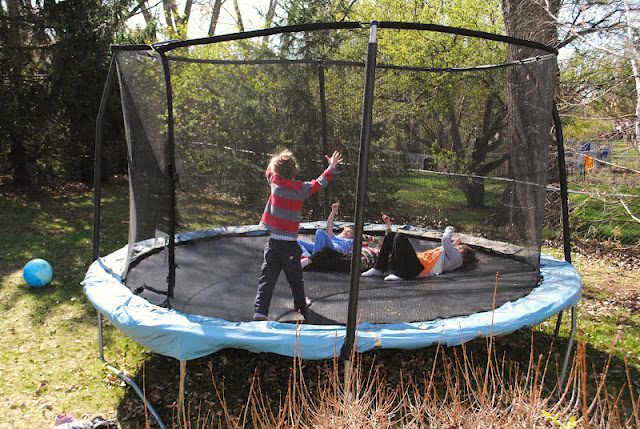 And AJ loves hanging out in there with them.  It makes me so happy to see him out there playing with Aliza and the neighbor kids.  Well, sometimes he's just playing alongside them, but he always wants to be where they are.  They played Ring Around the Rosy.  AJ doesn't fall down when "they all fall down," but he's good at the bouncing-around-in-a-circle part of the song. 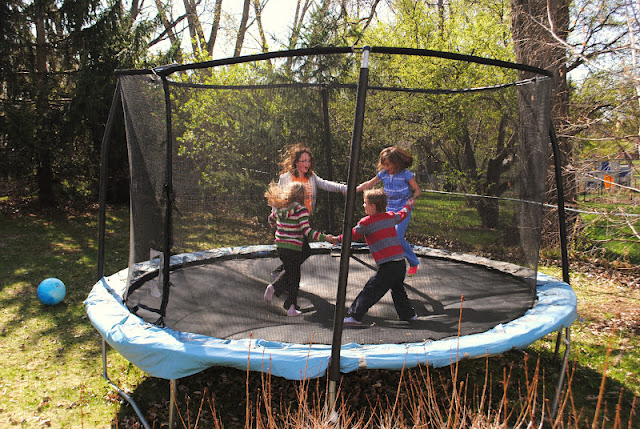 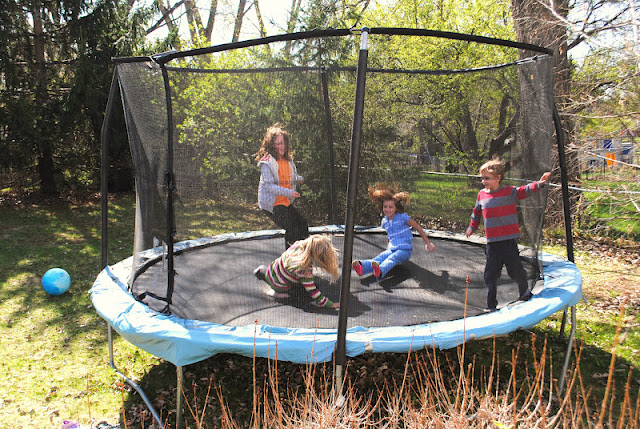 Zack, on the other hand, would stay in the house by himself in his pink shirt watching "Super Why" all day long, if I'd let him.  He has no social inclincations whatsoever.  Every single social interaction is stressful for him.

We have an appointment in Chicago next week to talk about how the boys are doing on the trial medication.  I wonder if we should increase Zack's dosage.

I do think he's doing better socially than he was a year ago.  But most of the time Zack still chooses to be alone.  When I encourage (force) him to be social, it's clearly pretty stressful for him. 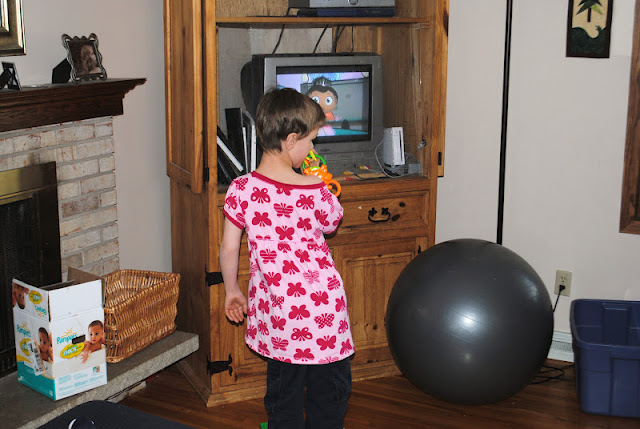 The only thing that could make this more fun is if he had a clear butcket on his head.  Now, that's more like it! 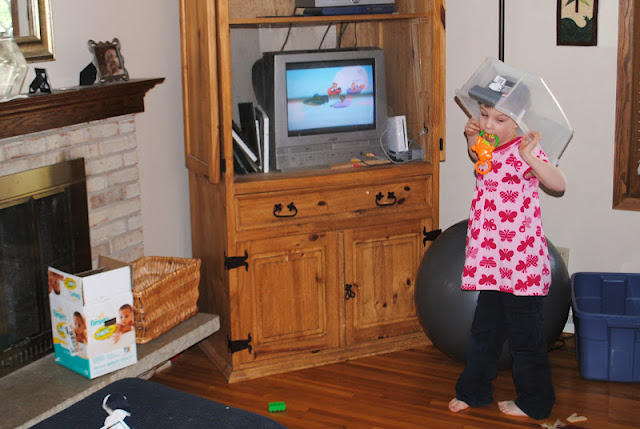 It's the last day of spring break.  We've had a pretty good week, but I think we are all ready to go back to something resembling normal.﻿