I nearly caved and gave him a bottle when he pointed to the top of this sippy cup and said "bottle".  He was so driven to get a bottle it motivated him to speak!  But as you can see, and as is ever more clear to me, he is quite a big boy, plenty big enough to give up bottles.  They love to chew on things, there is no reason they cannot chew on sippy cups instead of bottle nipples.  Change is just so, so hard.... 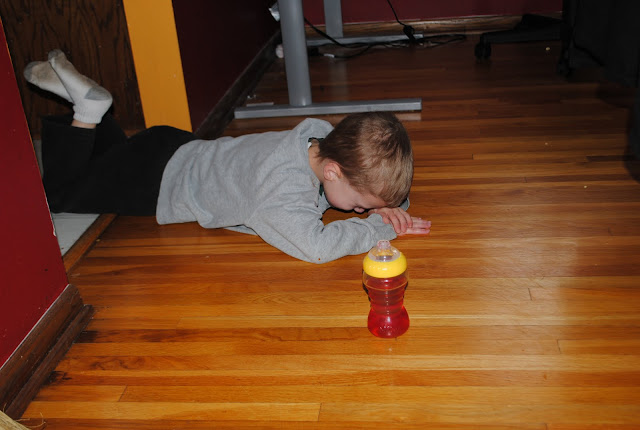 So we did give them bottles eventually.  But we'll try again tomorrow.  Both boys put their mouths on the sippy cups.  With just a little more effort, they could be doing it.  It's going to happen!

Email ThisBlogThis!Share to TwitterShare to FacebookShare to Pinterest
Labels: bottles

Way to give it a good hidy-ho. Keep up the good work. Remember, your will really is bigger than theirs! :)