This is what AJ heard repeatedly the past couple of days as he participated in the Project on Early Word Learning in FXS and autism at the Waisman Center.  All weekend, while at the Waisman, at the hotel, in the pool, at McDonald's, he repeated told himself, me, and anyone else who might have been paying attention, "good job buddy!"
And he DID do a good job! 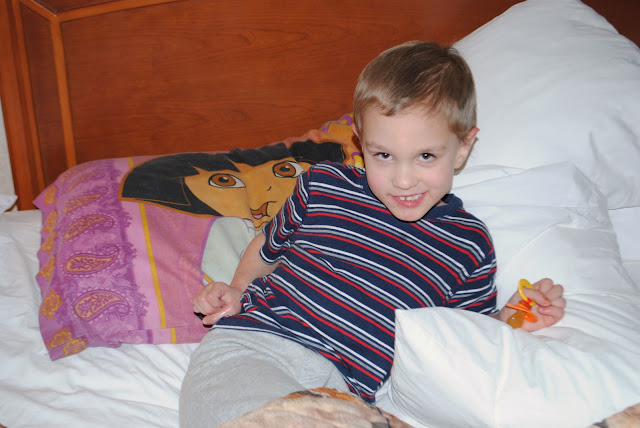 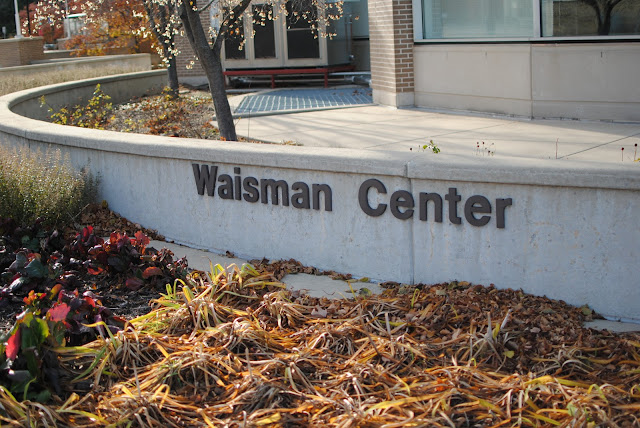 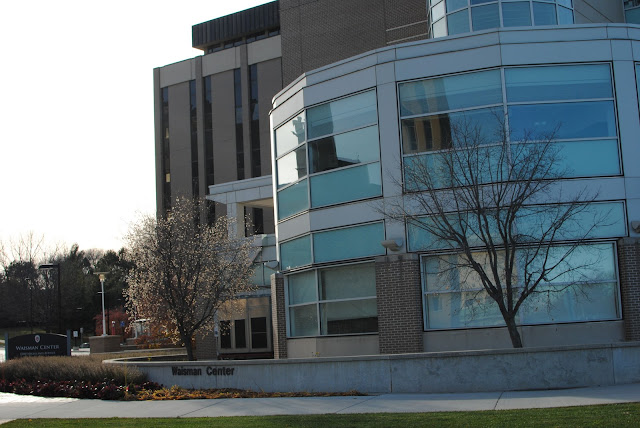 Really he did.  The researcher who interviewed me said they got a lot of great data from him.  We got done early every day, as he was more cooperative than a lot of kids, I guess.  I thought he might be, because a lot of the things they asked him to do are very similar to the activities he performs in his ABA therapy every day.

Guess what?  He cooperated for the hearing test.  Apparently the way it works is, they put up a picture of a rabbit on one side of the room and a dog on the other side.  AJ sat in the middle. Then there was a squeeking sound coming from the side where the rabbit was, and he looked toward the rabbit.  (I did wonder to myself, do rabbits squeek?  Maybe people who know rabbits know these things. Anyway, AJ knew that they squeek.  Or maybe he just turned in the direction of the sound and thought the same thing I did -- do rabbits squeek?)

When we weren't working at the Waisman Center, we mostly just stayed at the hotel.  AJ needed to unwind, and he does that best in front of a computer where he can go to either http://www.nickjr.com/ or You Tube and watch his videos. 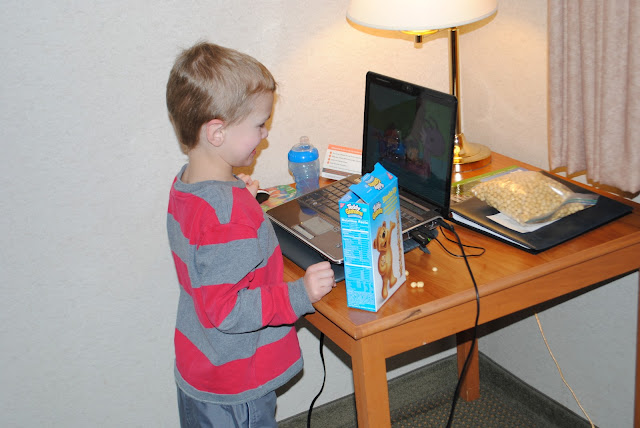 We did go swimming a couple of times, but as I mentioned in this post, he wasn't too keen on swimming with mom.  I tried to be fun, but it just wasn't the same as having his siblings and/or other kids around.  And both times we went to the pool, we were the only ones there. 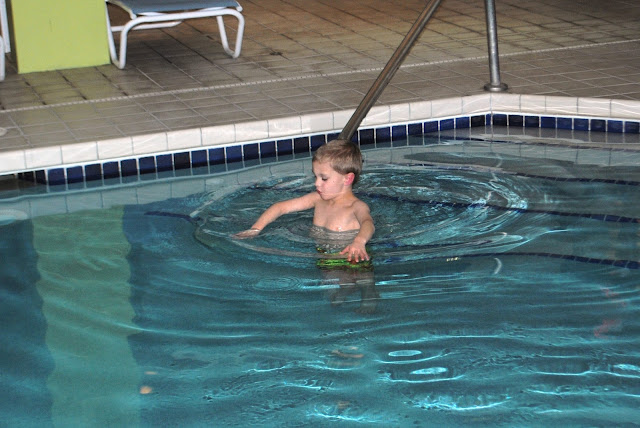 One afternoon I decided we needed a little fresh air, so I dragged him out to see the lake, and to the University of Wisconsin/Madison campus.   He hated every second of that.  We shopped for t-shirts for the family at the U of W bookstore, and he bit my hand the whole time.  After that we ran through a grocery store quick so I could get a few supplies for the hotel room and for the trip home, and he chewed on my hand throughout that store too, so that by the time we left my knuckle was bloody.  He was very stressed about the shopping.  He was not interested in seeing the lake.  He wanted to do nothing but hang out in the hotel room.  So, that's mostly what we did, and I got very few pictures.  This is about it. 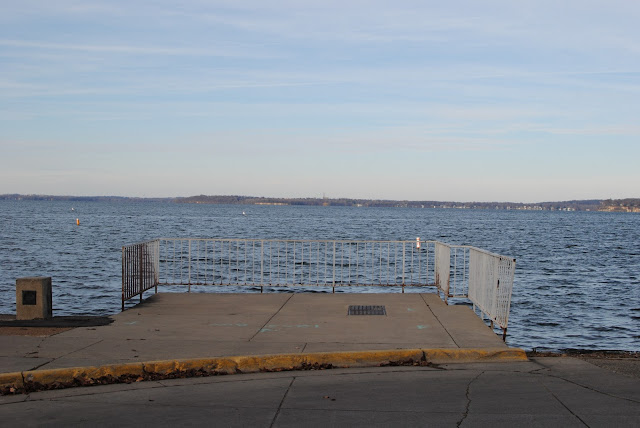 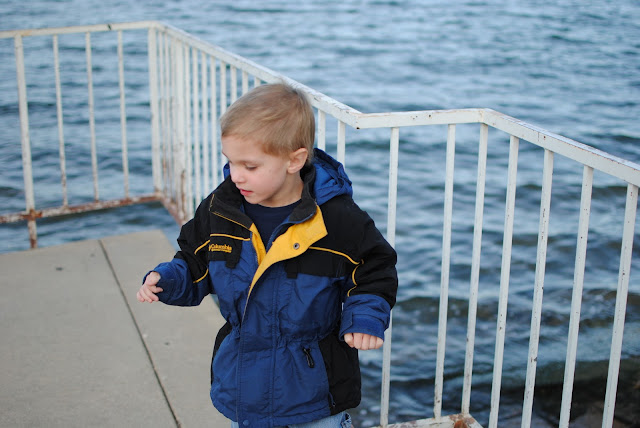 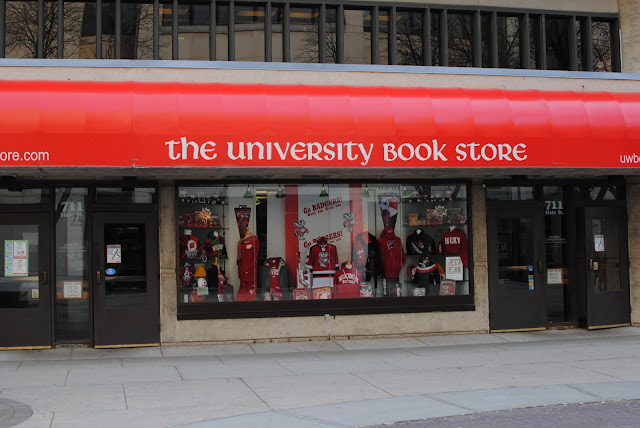 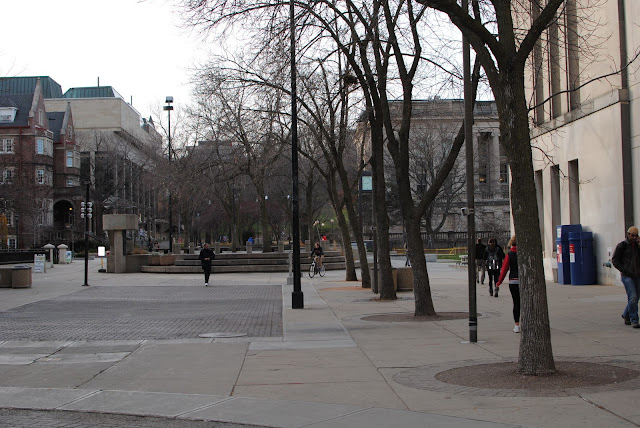 Zack and AJ did not have the joyful reunion you might have expected.  They acknowledged each other when we got home, and then both went about their business.  Zack did seem to miss me, though.  Maybe he's on his way to being a momma's boy too.

There was some serious slacking (notice how I worded that in a way that implied blame absolutely nowhere) on Zack's bottle-to-sippy-cup transition, both while I was gone and a few days before I was gone.  So it's time to get cracking.

I am so glad he did well! Yay! And you are a trooper to walk away with a bloody knuckle and still have the good spirits to tell about it... (smile)

Congrats on the successful trip! I know you had a lot of worries about how it was all going to work out - glad to hear the worries were (mostly) for nothing!