(Sorry mom and dad, I have to write about this.  It's too good not to share.)
We'd been anticipating this pinata for weeks.  My parents got it in a Mexican grocery store in Galveston.  It was huge. 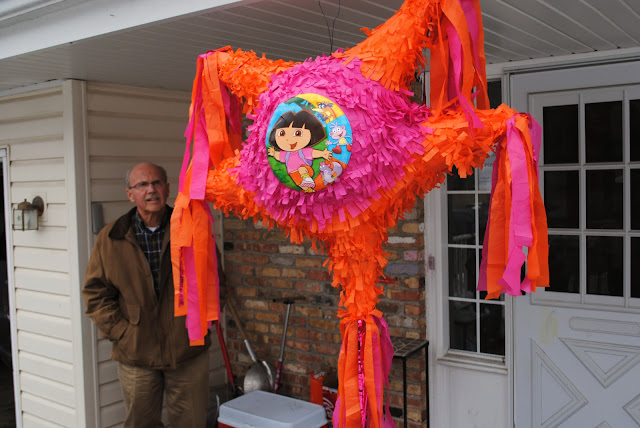 Finally the weekend had arrived.  We hung it on a nail outside, over the deck.  I thought it felt a bit light for how large and bulky it was, and wondered briefly whether there maybe was just a little candy in it, and a lot of confetti or something.

The kids began taking turns whacking at it.  We went smallest to biggest.  Some just waved the stick at it excitedly, barely making contact.  Some waited for it to stop swinging, and aimed carefully for a solid strike. 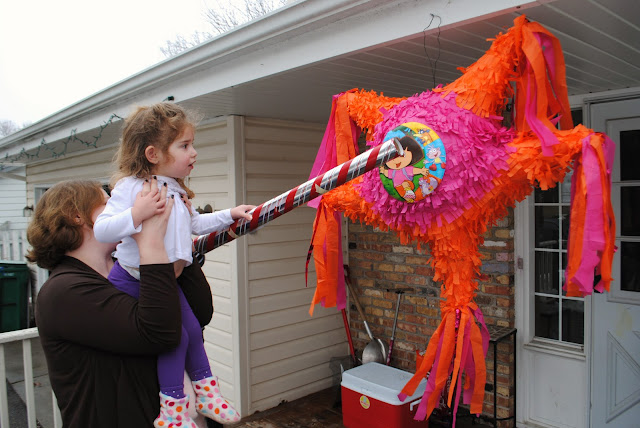 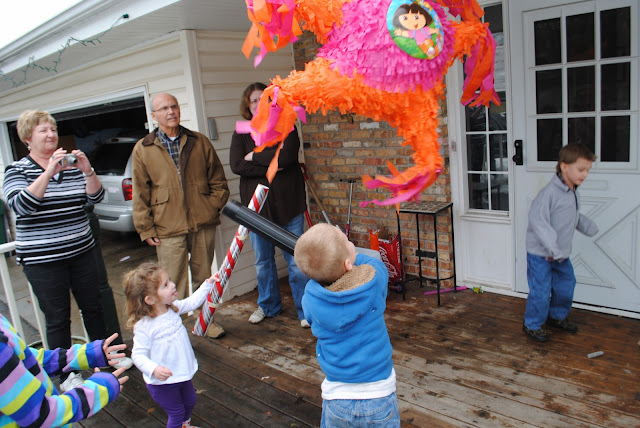 Finally someone pierced the bottom.  A hole had been formed.   The smacking continued, but the hits started to echo a sad, hollow sound.  The adults all glanced at each other nervously.  Nothing came out.


Someone realized we needed to take a small pinata break.  The adults needed to huddle and orchestrate some pinata magic.

The kids went back inside.  The older ones gave each other disgusted, annoyed looks.  There was some crying.

The kids played inside while grandpa made a quick trip to the store.  He spent a moment alone outside with the pinata.

A short time later we corralled the kids back outside for Smack the Pinata, round 2.  After just a couple of good smacks that magic pinata finally gave up its goods and candy spilled out. 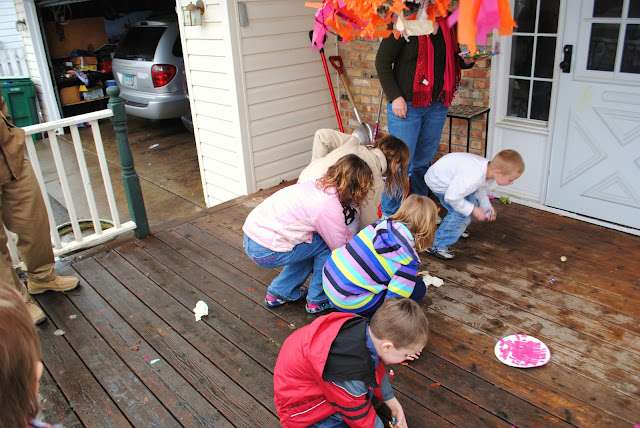 It was my first pinata.  The next one will work right from the get-go and won't require any magical breaks.

We went inside and everyone recovered from the pinata fun with some worm cake (cake shaped like a worm -- not cake made out of worms), which was so fantastic that it prompted Aliza to declare "it's so good, I wish I could lick my own tongue."