Is this normal, or do I need more antidepressants?

Is it normal to feel like the joy of every holiday is a little dimmed by the fact that two of my three kids utterly fail to recognize the traditions and special events?  Is this normal for parents of special needs children, or do I need a higher dose of Prozac?

I prepared fun-filled Easter baskets for the boys, but they couldn't have cared less.  Aliza found their baskets for them and showed them, but they would not be distracted from the TV.  The Easter Bunny had been quite generous, but all Zack and AJ were interested in is watching their latest favorite episodes of Dora the Explorer.  Aliza knew her chances of getting AJ to hunt for eggs with her were better than with Zack, so she hid a few of the eggs for him specifically and tried to get him to hunt for them.  AJ was not cooperative.

But somewhere along the way I started backing off on things.  I think I saw that doing all those things was not only going to be a lot harder than I gave it credit for, but also that the boys wouldn't enjoy it.  All it would do is stress them out.

The end result is, every holiday, every event, every "normal" thing, is tinged with a bit of sadness with the realization that we don't do any of those "normal" things I planned on them doing.  And sometimes I feel like I haven't tried hard enough.

By midday yesterday I'd decided to enjoy the holiday, however we spend it.

There's a need sometimes (repeatedly), to get over what you thought was going to be "normal," and live with what "is."

Here's the thing.  What if they didn't have Fragile X, and did play soccer, and did have fabulous birthday parties, but didn't happen to like jelly beans?  I wouldn't fill their Easter baskets with jelly beans, and then be sad that they wouldn't eat them.  I'd get some jelly beans for Aliza, but stick to chocolate eggs and bunnies and whatever candy they did happen to like, for the boys' baskets.  So what I should have put in AJ's basket was a mini bag of Doritos.  Zack's basket should have been filled with Honeycomb and Cookie Crisp.  As it was, I put mostly traditional Easter stuff in their baskets, and predictably, they were unimpressed.

And now I have to eat those jelly beans and chocolate bunnies.

Maybe one of these days, I'll learn.

We went to Grandma & Grandpa's for the day and our whole family ended up having a great holiday. Spring has finally decided to grace us with its presence!  Zack rode a tricycle (with much encouragement). 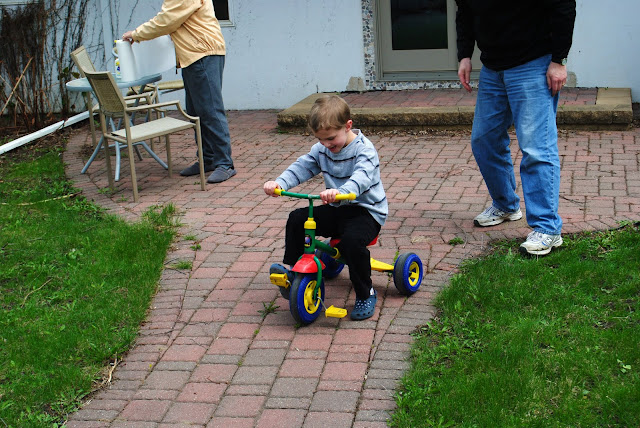 And AJ rode a bike. 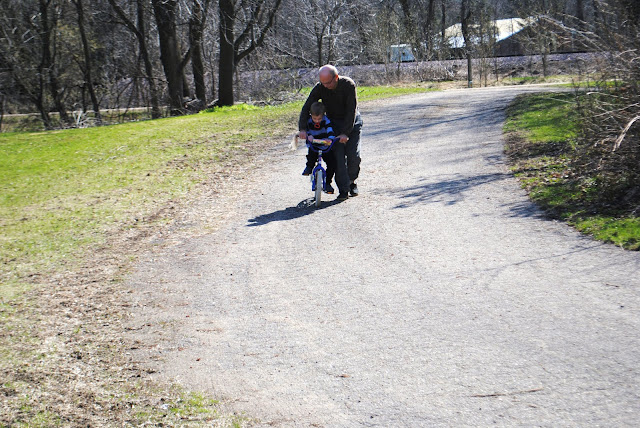 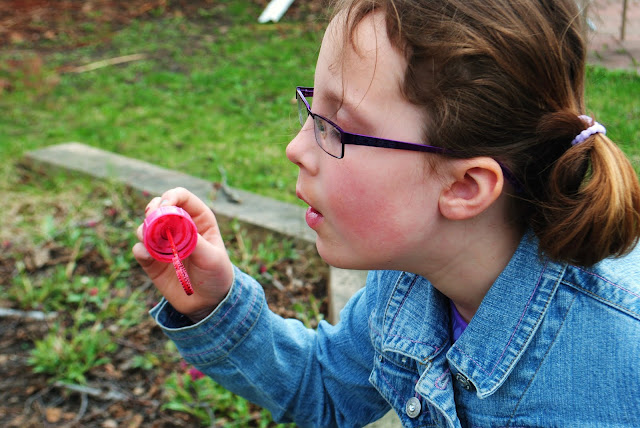 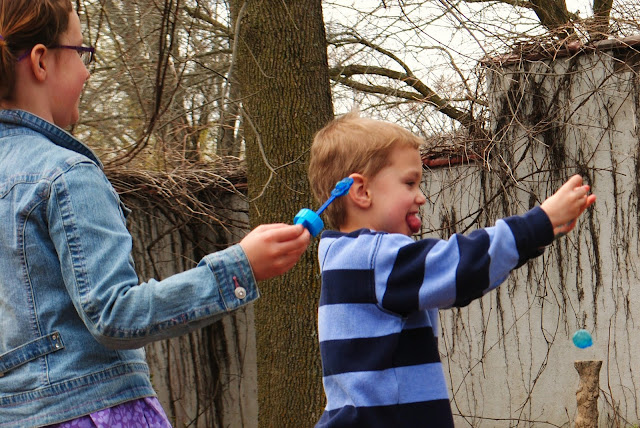 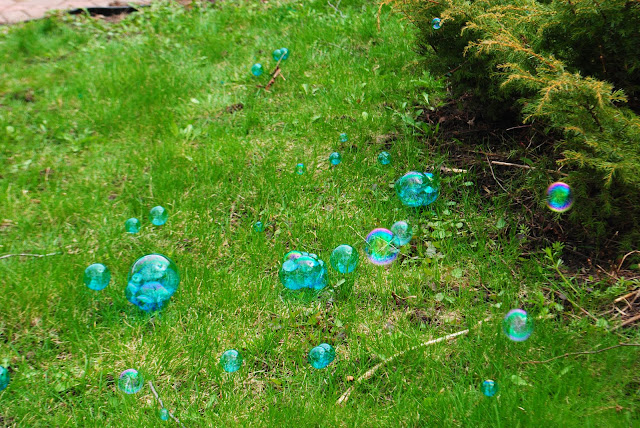 It was a very nice Easter day.

Zack and AJ may not do things just like every other kid.  But, things in their world can be fun too.

That's not to say we won't keep trying to get them to appreciate traditions and holiday events.  But I plan to appreciate whatever it is they are able to enjoy, here and today as well.