This past Tuesday, I got a trophy.   Two of them, actually.   It was the Minnesota Valley Mothers of Multiples spring banquet, and I was awarded one of two lifetime achievement awards.   I came home with two trophies.


Aliza, winner of numerous ribbons and medals from various extracurricular activities such as soccer, dance, and science fair, was green with envy.   She's never gotten a trophy.﻿  It doesn't matter if she won first place; all that matters is what kind of award she got.
So when she saw my two trophies on the table, she went all wide-eyed.
"Can I have them?"  She asked.
"Sure, I guess," I told her.
She quickly scratched my name right off them and put them in her awards display. 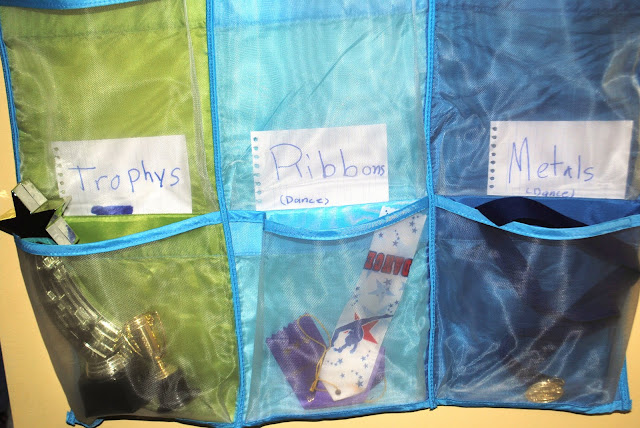 The important thing is the possessing of the award, not the actual winning of it, evidently.

(And I guess medals are often made of metal, so it only makes sense that the two words would be interchangeable, as well as homonyms.)

Email ThisBlogThis!Share to TwitterShare to FacebookShare to Pinterest
Labels: funniest