At the Waisman Center

A small miracle occurred this past weekend during our trip to Madison.  We all got along pretty well.  Nobody fought, nobody hurled, there was minimal crying, very little bleeding and only one black eye.

When we got there, we practically leapt out of the van and straight into the hotel pool.  Zack and AJ were very excited to go "wimming!" 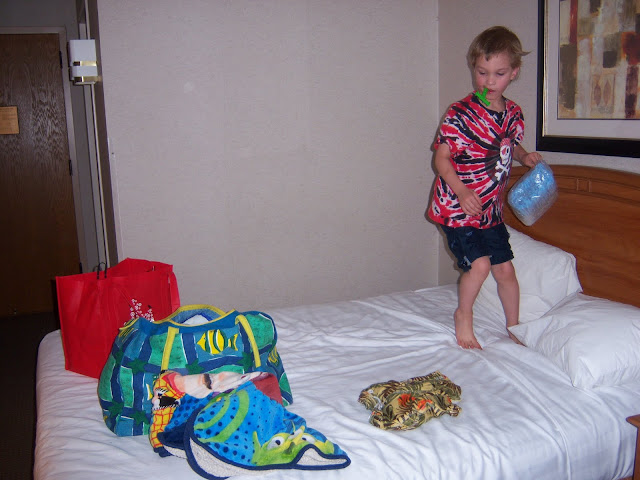 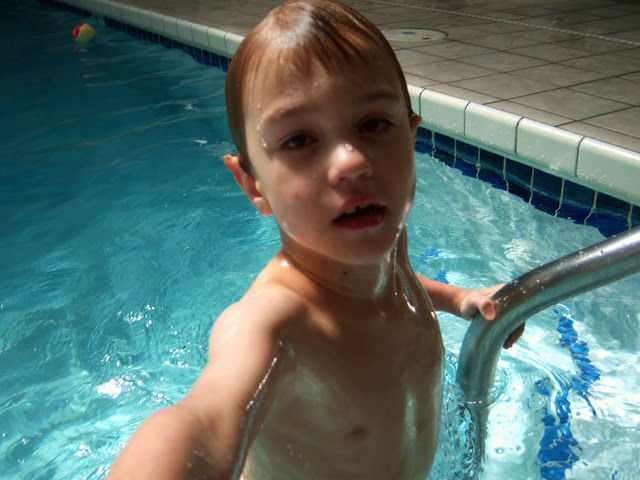 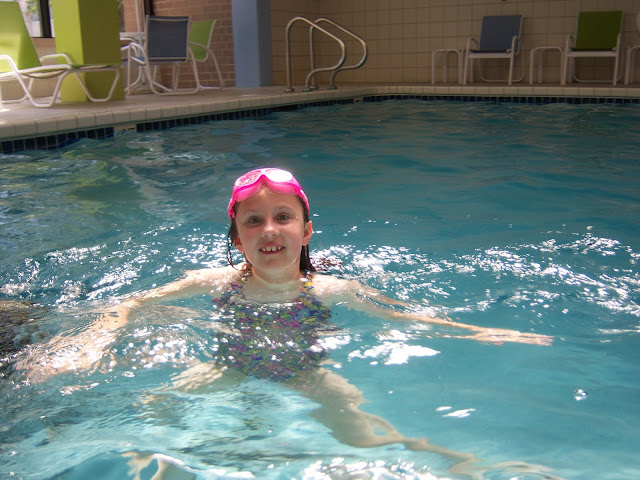 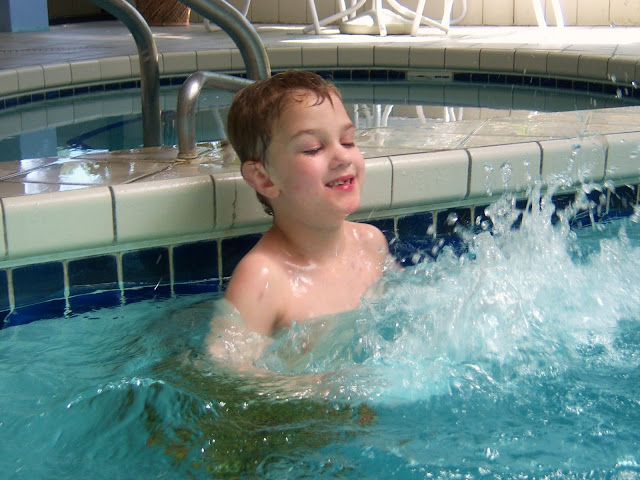 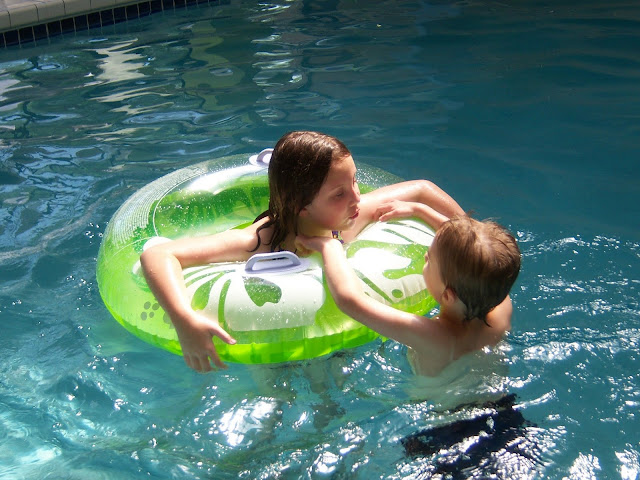 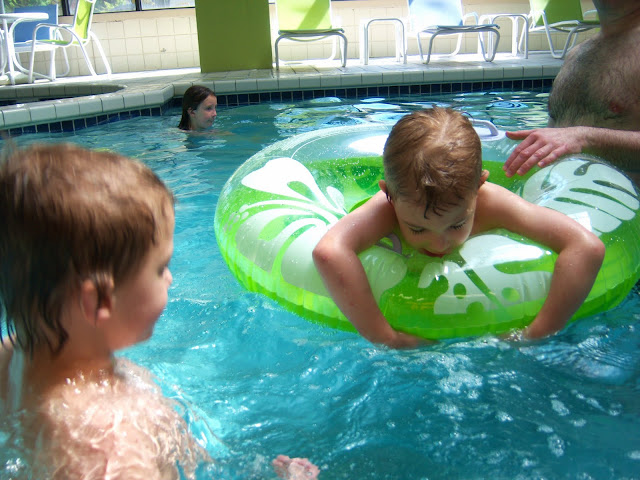 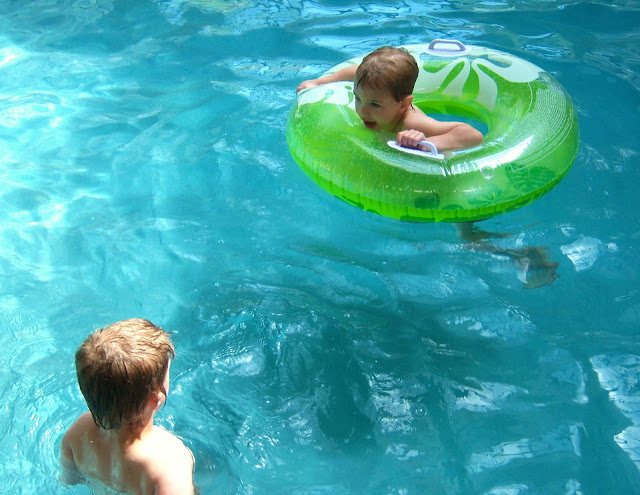 AJ has grown gills, apparently, because he keeps dunking his head under water, on purpose.  Which really freaked me out the first few dozen times he did it.  It took several attempts but I finally got a little video of him doing it, at least for a second or two.


Both Zack and AJ were superb little workers at the Waisman. They both cooperated beautifully with the researchers and even seemed to enjoy it. One of the researchers told me she thought they both seemed so socially oriented. They both loved the attention. It helped that the tests they performed were formatted so much like the ABA therapy we have at home for 6 hours a day. The idea of "perform this action, get this reinforcer" is pretty basic for them at this point.
One of the things they had to do watch a couple of simple movies. All they had to do was sit and watch. Pretty easy, right? Except that no, it wasn't one of our Big Three (Dora, Diego, or The Wiggles), so the guys were not all that interested. They managed to get through them, though. It was just pictures and then a sentence that applied to one of the pictures - like maybe it would be a cat chasing a mouse, and a cat kissing a mouse, and the sentence would be "The cat chases the mouse" and then the hope is that the kid would look over at the picture of the cat chasing the mouse. They tracked the eye movements of the boys as they watched the movies. I thought it was fascinating. It is supposed to show their comprehension of sentences without actually asking them to indicate anything purposefully. It couldn't be less invasive. All they have to do is sit there and watch!

It was really interesting to watch.  Both little guys cooperated with every single activity.

On our way home we passed the capitol of Wisconsin, and then a few hours later passed through St. Paul and saw the Minnesota capitol.  Aliza was delighted to see two state capitols in one day. 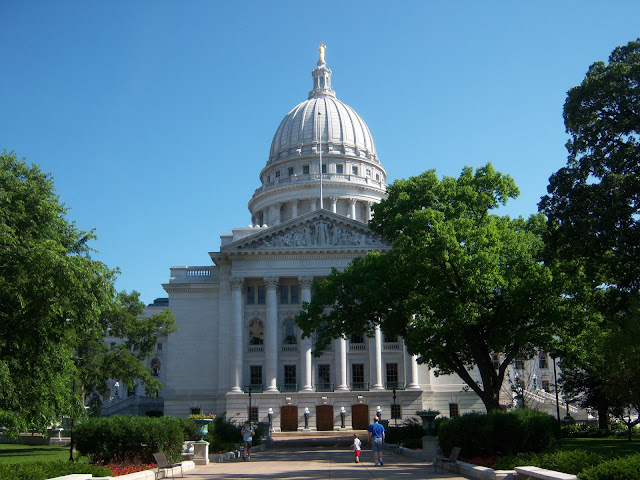 Mark was pretty excited to get to see Camp Randall.  The boys were frustrated because they were not allowed to actually run around on the field.  I'm pretty sure at the moment we took this picture, the twin who is not pictured was trying to break through the "Emergency Only" door.  They wanted to get out on that open field badly. 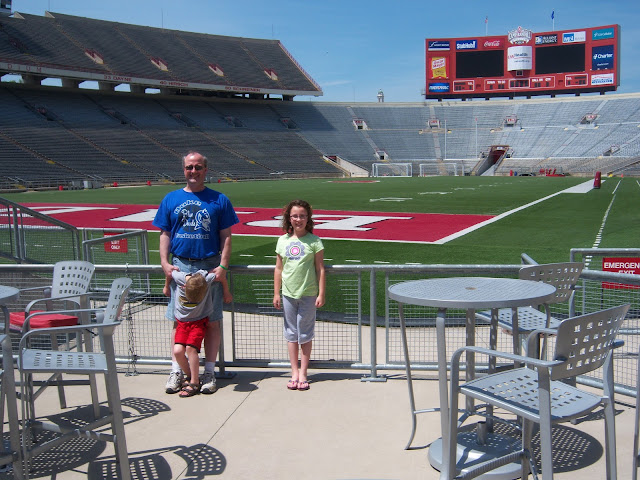 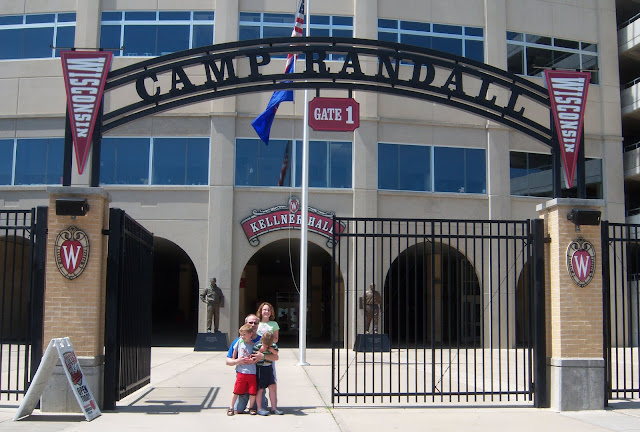 The best part, though, had to have been watching the boys snuggle and settle down to sleep together.  They don't sleep in the same room, much less the same bed at home, and I loved getting to see them unwind together, watching Dora and slowly falling asleep. 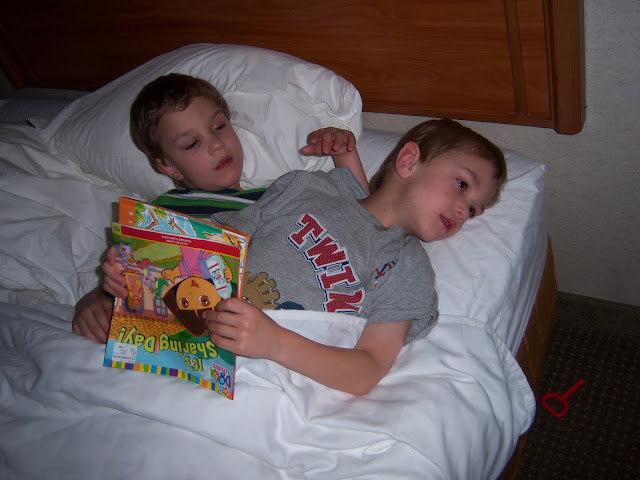 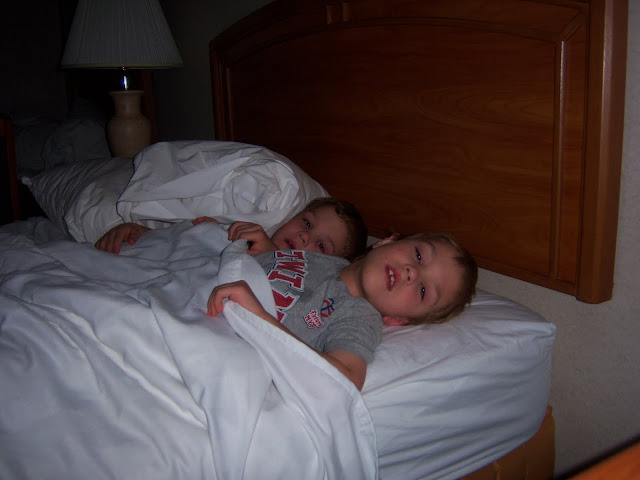