A case of the Augusts, or something else?

I don't know what it is.  It could be a couple of things.

We took the boys off Tegretol.  We had to, because we want to participate in a clinical trial for Arbaclofen, a medication that I've read is having tremendously positive effects on Fragile X kids.  I think this is phase 3.  It's very close to the end of the trial (obviously, or they wouldn't be allowing testing on children.)

And we can't take part in the trial if they are on Tegretol.  We weaned them slowly, on a schedule created by our doctor.

They were taking Tegretol for the pinching and the biting.  And there still was some pinching and biting, so I decided the medication wasn't making that much of a difference, and it would be no big deal to take them off of it.

But now there's SO MUCH MORE pinching and biting.

It might not just be the medication change, though, because it seems like August is like this every year.  Weeks and weeks of hot, humid weather does bad things to their sensory systems.  Staying in air conditioning doesn't help because they need to be out and about where they can release their excess energy.

This is why we swim so much this time of year.  A cool pool seems to offer them some relief. 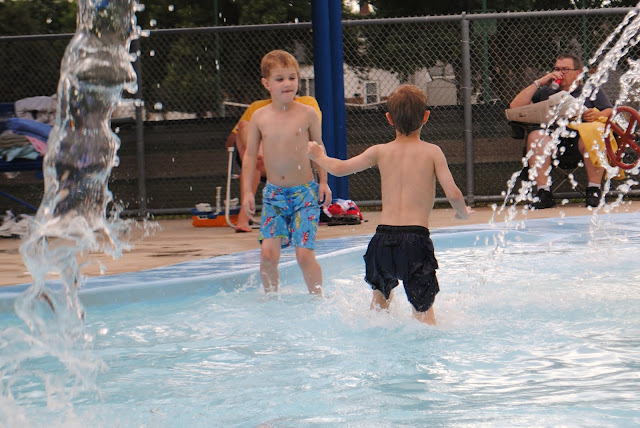 Arbaclofen is supposed to help with social anxiety.  Which I think is one of the reasons for the aggression.  So hopefully the new, trial medication will help with the pinching and biting even more than the old medication did.