The Greatest Wiggles Show on Earth

Barnum, you ain't got nothing on The Wiggles! 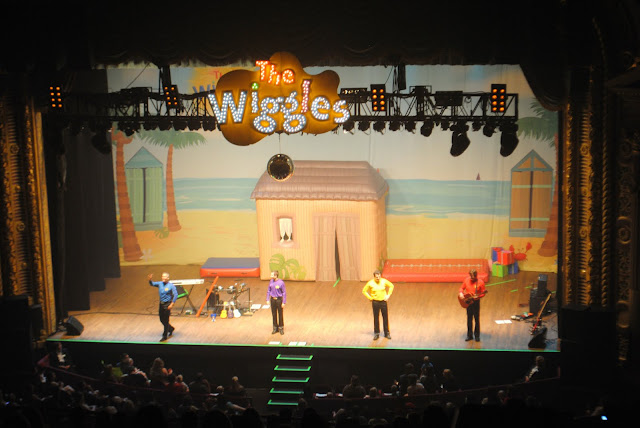 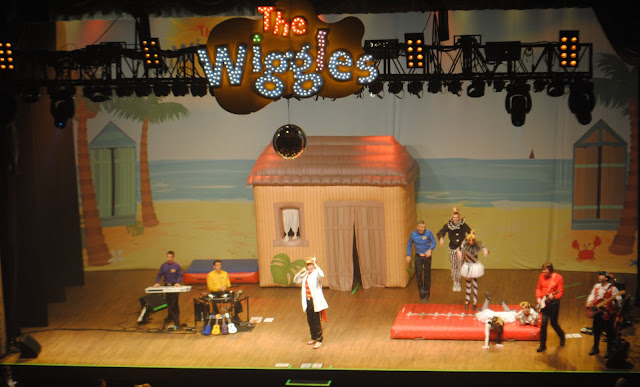 Zack and AJ loved the show.  Nobody threw up.  Nobody had to go for a drive.  We had perfect seats -- last row of the balcony, plenty of space to bounce, jump, and dance. 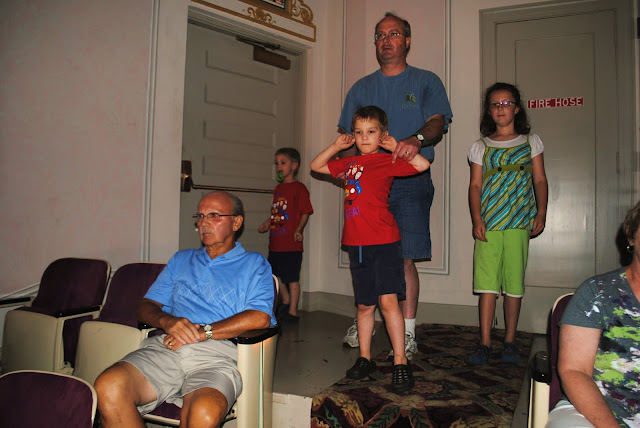 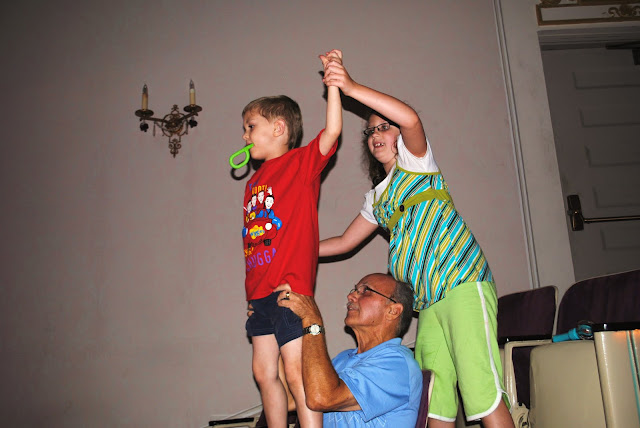 Of course Zack spent the entire concert with his fingers in his ears.  (Yes, we've tried to get him to wear headphones or something to muffle noise.  He won't wear them.) 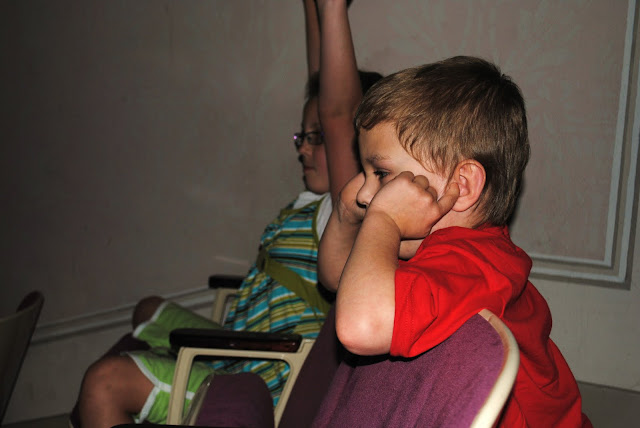 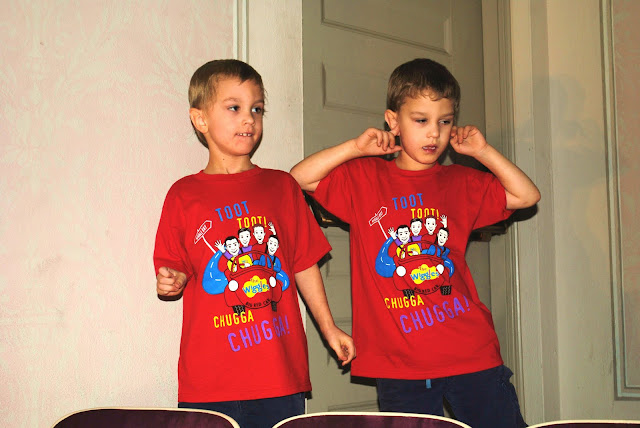 By the way, it's okay that I took a bunch of pictures, because Anthony (the blue Wiggle, for the non-Wiggle initiated) announced at the beginning of the show that their movie-and-photo-taking-policy was that anyone could take any photos or movies they like, because The Wiggles have more money than God and really don't care if we never buy another video from them.  Or something like that.  I may be paraphrasing. 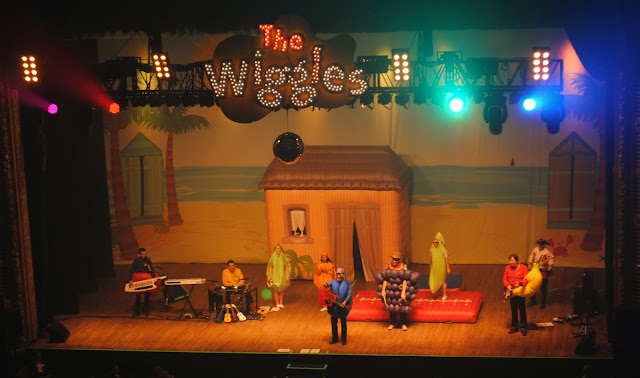 I am absolutely positive nobody had a better time than I did.  They only got to see The Wiggles live in concert.  I got to see my two little boys who struggle so much every day for the little things others take for granted, enjoy a kids' show as much as any other kid there.

Two times I fought tears as I watched their big brown eyes shine and their faces light into tentative smiles.  They were anxious, yes.  They were overstimulated.  But they overcame it. 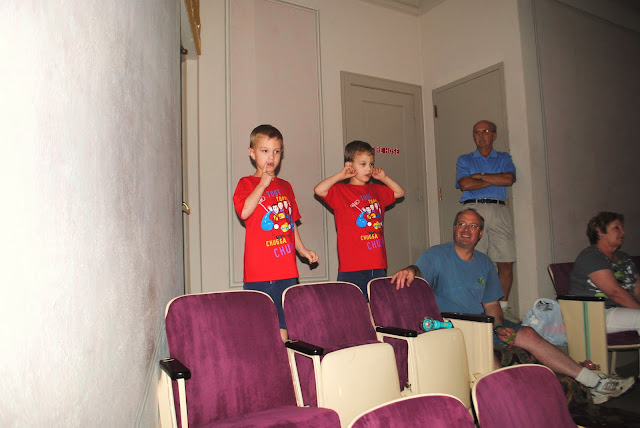 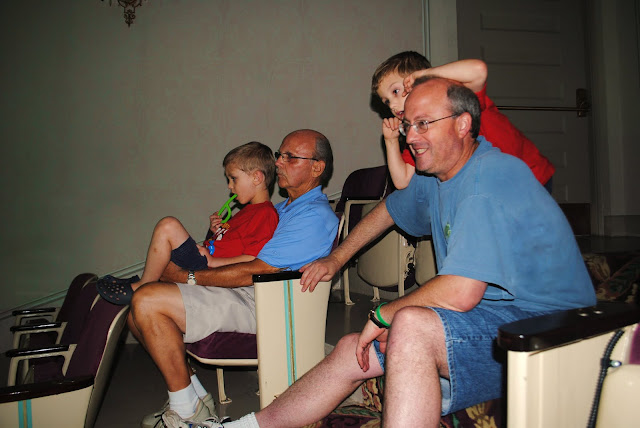 I was so worried that they wouldn't perform The Monkey Dance.  You know -- AJ's favorite?  Imagine our relief and joy when we heard the opening bars. 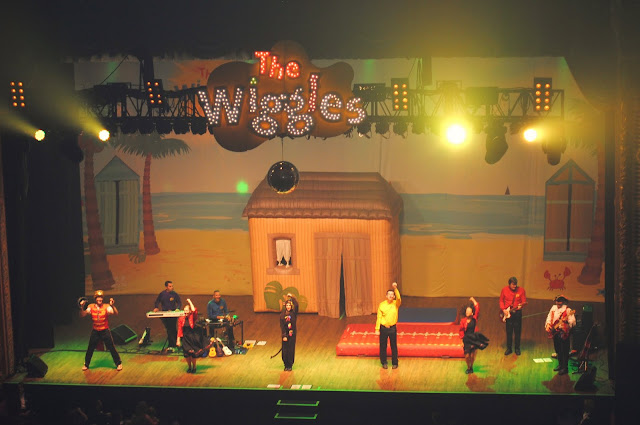 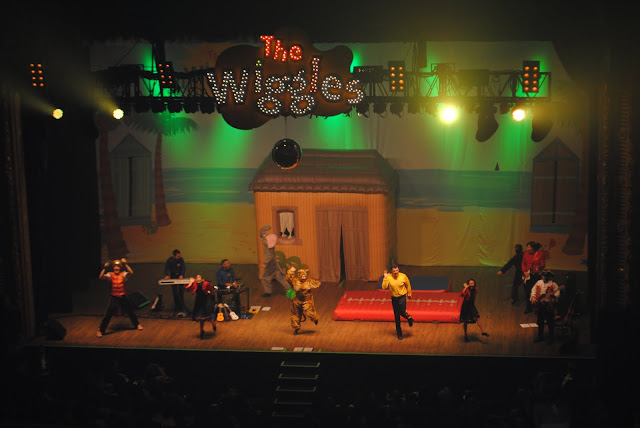 After The Monkey Dance AJ ran down toward the front of the balcony.  I think he wanted to go right onstage and ask them to do it again.

Actually if they could have just alternated between The Monkey Dance and Rockabye Your Bear for about 2 hours, we'd have been in Wiggle Heaven.  But truthfully they did do a nice mix of new songs and their traditional classics.  The boys could take or leave the new stuff, but they paid attention and bounced for the songs they know so well.

Oh, and this girl right here?  On the left?  Told me she didn't even like The Wiggles.  And look at her dancing! 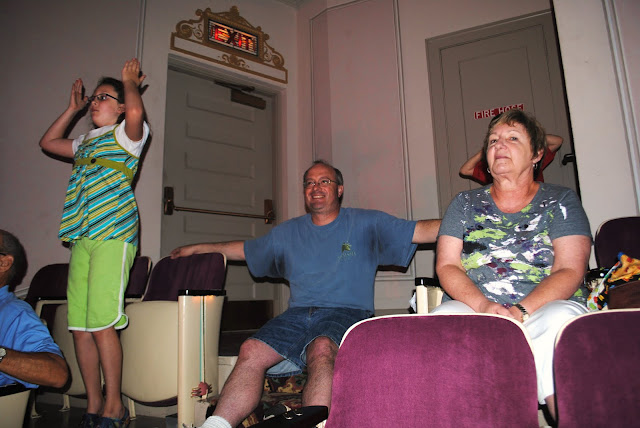 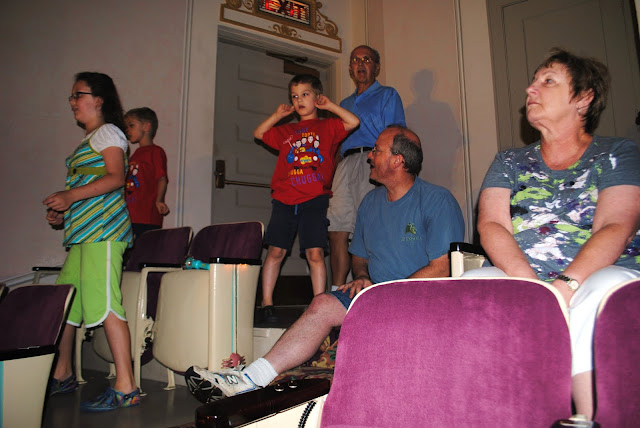 Of course we did have to take some little breaks and go run around in the lobby area.  It wasn't exactly a playground, but it allowed us to escape the lights and noise for a few minutes. 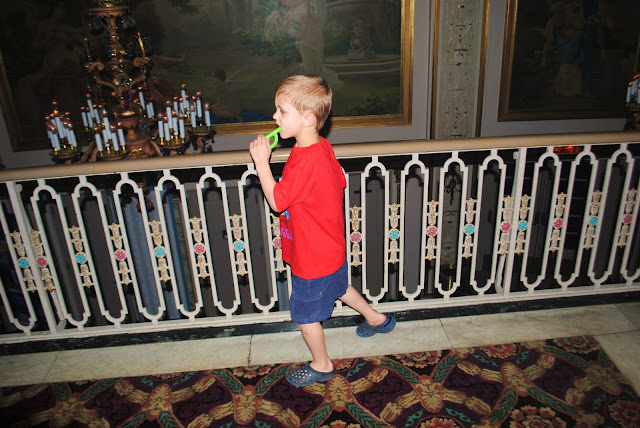 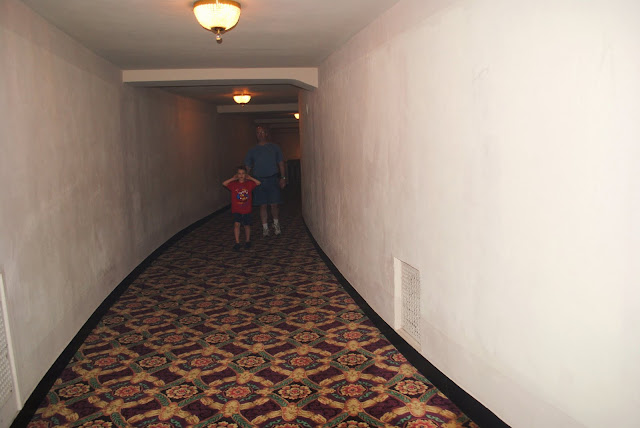 They were rather exhausted by the end of the day.  I wonder how many of the kids who attended The Wiggles show yesterday afternoon went straight home and watched a Wiggles video, like we did. 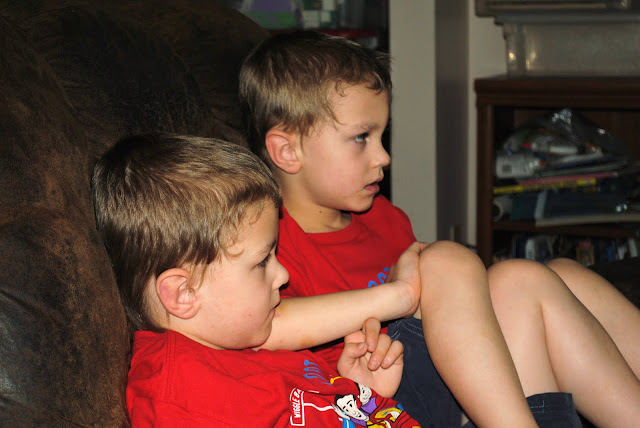