AJ is having a tough time tonight.  It all started right after school, when the bus arrived several minutes early, which wouldn't be a problem except that on Tuesdays I pick up Aliza and a few other neighbor kids at their school.  One of them is a crossing guard, so we have to wait a few minutes for him to finish up his duties before we can drive the 6 blocks back home.  (Sidenote -- in case you're thinking, 6 blocks - why can't they walk home?  There are two reasons.  1.  It's winter and pretty cold, and 2. a couple of the kids are borderline-too young to walk home.)

Today as I turned the corner to go down our street, car full of kids, I saw the boys' bus.  Sitting outside our house.  Early.

I drove right by and dropped off a child who lives down the street, turned around, and came back toward our house.

Well, the bus driver said the boys were fine.  And they were, to the naked, untrained, eye.

They had to wait for me, though. I don't know how long.  But they had to wait, and mom didn't come walking down the driveway, right as the bus drove up, like always.  They had to sit there.  Nobody came.  For probably a few minutes.

And AJ's anxiety bubbled over.  He came into the house, took off his coat and boots, and promptly began chewing on his shirt. 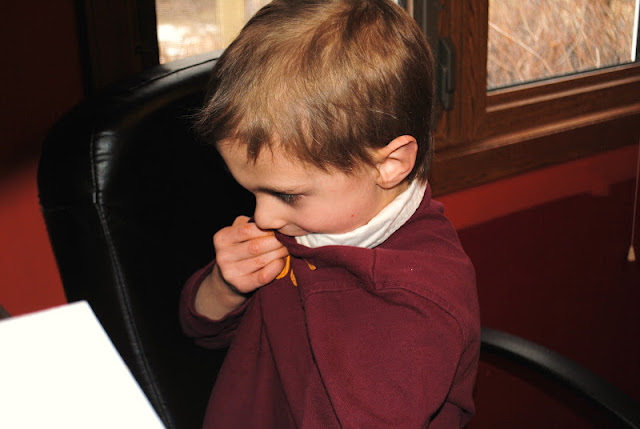 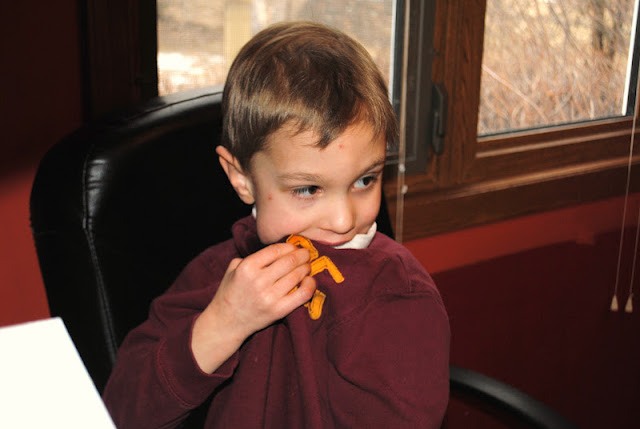 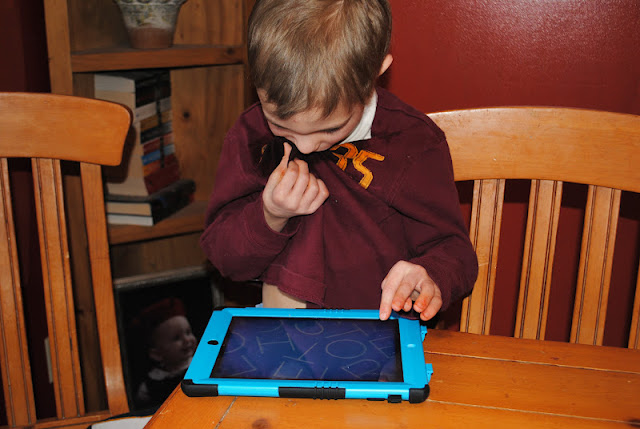 So after dinner, I decided to bring AJ upstairs for a bath.  I slung him over my shoulder to cheer him up.  He usually thinks that's pretty fun.

Tonight, however, I managed to bang his head on the ceiling.

He doesn't have any marks on his head.  He looks fine.  But oh, the huge, teary, brown eyes he fixed on me.

I managed to get him bathed and put to bed without injuring him any further.

Oh man. Im sorry! I think the full moon is affecting everyone, esp that bus driver!!!