The kids decided to have a contest and see who could have the highest temperature this weekend.  Aliza won with 105.2, and earned herself a trip to Urgent Care.

She was diagnosed with an ear infection.  I think all three have the flu, though.  They are all coughing and feverish.  They're all demanding a lot of cuddling.  We're demanding they drink a lot of fluids.

So the iPad's been getting a workout, since all anyone wants to do is sit around. 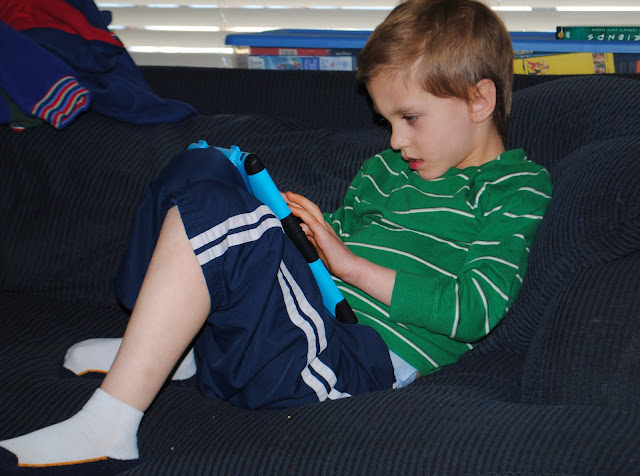 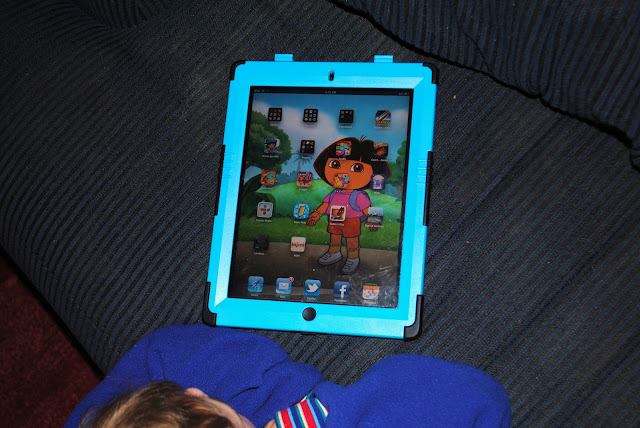 In case there was any doubt as to whose iPad it is, check out the background.

Hope you are all well again very soon!