*UPDATE*
11/6/12
Last week, Jeremy wrote that he had gotten his test results back and he does not, in fact, have Fragile X.  I hadn't realized he hadn't been tested and took him at his word, when he said he had both autism and Fragile X.  I don't believe he meant to deceive any of us, I think he honestly thought for sure he did have Fragile X and he assumed the test would come back positive.  I have to admit I'm disappointed, though, because if he truly had Fragile X, he would have been a priceless advocate and source of knowledge.  He still is, of course, just by being a person with autism who can voice his feelings.  But it doesn't feel as much like an open window if he doesn't have Fragile X Syndrome as well.

Remember when Aliza wanted to know what it felt like to have Fragile X?

It's so hard to understand sensory disorder and overstimulation and how it feels for our kids.   I wish every day that Zack could tell me why he screams.  I wish he could have told me last night how he felt when he bit his legs and arms.  I wish AJ could explain why he can't stay in group time at school, and why he gets up and runs off.  Bad behavior, according to the teachers.  I wonder, though.  Can he help it?  Is there something going on inside him, or in the classroom, that he just can't tolerate?

This week, a window opened up into the minds of people with Fragile X and autism.

His name is Jeremy Tolmie, and he has autism and Fragile X and has been posting and answering questions on the Facebook Fragile X page. His facebook page is at

He also blogs, at

Living with autism and Fragile X

He was diagnosed with Aspergers as a teenager and recently received a Fragile X diagnosis as well.  He is high-functioning enough to describe to us how he sees, hears, feels, and experiences the world. How he deals with what bothers him.

He's right there on my autism hero list, alongside Temple Grandin and Carly Fleischmann. I read everything they write. I can't get enough. I don't know if it's any different, having the combo pack of Fragile X and autism together, but I'm eating up every word this guy has to say, too.

Here are some of the things he's posted: 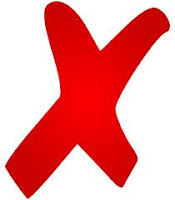 "I have felt for a while now that I needed to tell people about me and what it is like because I keep reading about parents trying to understand and can not. But I know exactly what is going on with their kids and just want to let them know about it."

"I never let people know that I can do something till I have to do it in front of them. I learned to read when I was 5 but could not read out loud for fear of making a mistake in the pronunciation of the words even though I could read them. I was never called that but I was never called anything other then a teachers best student because i did not ask for any help ever. the first thing I got good at writing was my name also."

I see this in my boys; sometimes I catch them doing or saying something I didn't know they could do or say, and when I comment on it, they act embarrassed. When they do something right and we praise them, sometimes they burst into tears. Having lots of attention thrust upon them is very stress-inducing. There's a fine line between praising them and stressing them out. It's taken me quite awhile to figure out how to stay balanced on that line.

"I struggled with potty training till I was 13 years old. I was good at home but struggled away from home especially at school. I did not like using public washrooms I did not know who else had used them and what they had done in them. I just could not get up the nerve to ask to go to the washroom at school and that had dire consequences"

Every little kid knows there's a link between how you deal with anxiety, and going to the bathroom. Not a kid exists who hasn't needed to go, in public, and been afraid they wouldn't get there in time. Almost everyone can relate to having to use the bathroom and being self conscious about everyone knowing.

Imagine that very normal anxiety in the body of someone who feels everything times 10. For every time you have had to go to the bathroom in public and been scared you would pee your pants, the Fragile X child feels it 10 times more often and 10 times more intensely.

"I really do not like to be tickled even if it feels good it feels to overwhelming and I make it stop if it goes on for more than a minute because it is too much stimulus for me to handle. I get a quick scare if I get touched and am not expecting it and will lash out at whoever touched me. I do not mean to do it it is just instinctual and can not be stopped. It is like what would you do if some one slapped you the common response is to slap back. You probably don;t even think about it you just do it it is the same with this."

This last one really made me think. It makes me think of Zack, and how aggressive he gets when people are too close to him. Lashing out when someone makes him physically uncomfortable is instinctual - he can't help doing it, it's an impulse, like the rage you feel if someone slaps you. You can't stop the anger; it rises in response to the unexpected stimuli.

I really wish the whole world could understand these things and be tolerant of people who can't control their bodies and impulsive behaviors as well as the rest of us can.