We have been involved in the extension of the drug study for a year now.

I've gone back and forth as to whether I thought the drug was benefitting the boys.

From September 2011 to December 2011, we did the drug trial.  We didn't know whether they were on the drug or the placebo, or some combination of both.  We thought we saw some changes, but it was tough to tell, really.

As soon as the trial was over we were eligible for the extension.  This meant that we knew we'd be giving the boys the medication.  No more wondering.  No more guessing. 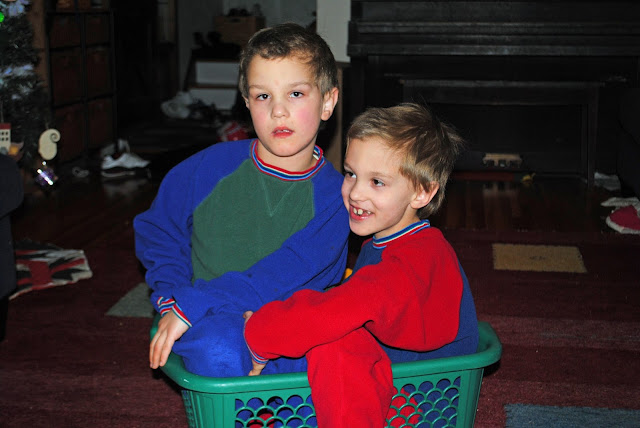 We started at a low dose and worked our way up a bit.  We knew instantly when the dose was too high.  Zack got very manic, and even more impulsive and aggressive than before.  AJ became dramatic and sad.  He would cry and cry, for no apparent reason.  So we lowered their dosages, and things evened out nicely.

Now they've been on the same dosages since last June.  Six months.  Twelve total months on the medication.

And while there are several things we could point to as probable causes, life with the boys is definitely easier.

AJ talks constantly.  A lot of it is scripted (chanting and repeating words and phrases he's heard in his favorite shows), but he's obviously very happily rehearsing away.  And he sings.  He can't carry a tune to save his life, but he's a crooner, no doubt about it.  He is loud and proud.

Last night I was heading upstairs, calling to him to follow me and he replied "I coming, mom!"

And I smile to myself because it's so darn adorable that he answers me like a completely typical kid, but I don't write it down or call Mark to tell him right away.  Know why?  Because it's not actually that unusual anymore.

Zack has shown signs of maturity and growth too.  He hugs more readily.  He makes eye contact and asks nicely for things he wants. Zack has always been the one who's harder to reach; the more autistic one. He's emerging from that autistic shell though, and showing us his sweet side.

Both of them still watch too much TV and DVDs and You Tube on the iPads, but they are also more involved in real life than they were before.  The screens serve as an escape that they still need, but we can leave the screens behind more easily than before.

This past Christmas both boys were able to spend time with extended family without getting too hyperarroused.  We noticed this on the surface, but we also noticed that Mark and I both felt like we could spend time with the grown ups, just checking in with the kids occasionally.  We didn't have to supervise quite as closely.

It's hard to put a label on what, exactly, is different.  It's an overall sense that the boys are more apt to behave appropriately. 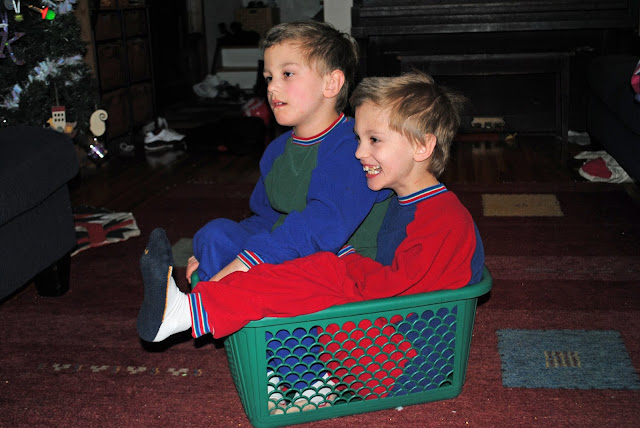 The last month or so though, we have noticed some of Zack's less desirable behaviors returning.  He's been letting out little screams to express his frustration, instead of using words.  Once in awhile at school, he's pinched some of his helpers.

He's also put on probably 15 pounds in the past year.  He's a big chunk of a boy.

It's something we will talk about at our next doctor visit.  But after much back and forth, hemming and hawing, tettering and tottering over the past year whenever someone would ask how we feel the boys are doing on the trial, I feel I can finally say it's been wonderfully beneficial.  They are changed boys.