I trimmed AJ's thumbnail this morning.  It took two hours.  Because he didn't want it done, and so we took the iPad away from him and said he could have it back after he let one of us trim that nail.  Because it was long and sharp enough to perform surgery with.  They all are, really, but we were trying to be reasonable.  He was never going to sit still for all 10 nails at once.

So finally, he decided he wanted that iPad bad enough that he was relatively cooperative for the nail trimming.  By "relatively cooperative" I mean, I had to hold his arm and hand in place, but I didn't have to apply so much force that I worried I'd break his little arm. 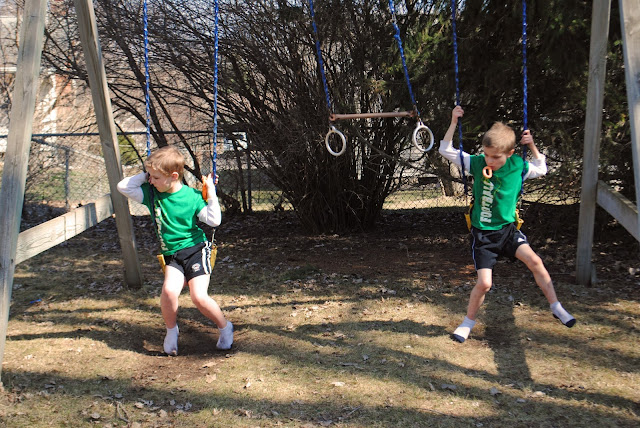 Last week we took the boys to the dentist.  AJ has a cracked tooth and two cavities on one side of his mouth and a tooth that is decaying on the other side.  We were due to get the boys put under anesthesia for teeth cleaning and putting on some sealants, but now we really need to get it done.  Soon.  I'm waiting for the dentist to call and let me know we are on the schedule.  (This is what you do with kids with autism and autism like disorders, where their sensory issues are such that they cannot lie quietly and submit to teeth cleaning any more than they can sprout wings and fly.)

We are going to have echocardiograms done on them at that time, as well, to check their heart valves.  Yep.  Fragile X comes along with a possibility of a heart condition called mitral valve prolapse.  Every doctor we see listens to their hearts all the time and they haven't detected any sign of it, but an echo will help us get a good idea what kind of shape their heart valves are in.

I started thinking today about other things I'd like to do, while the boys are under anesthesia.


Does that sound unreasonable?