Has anyone seen my focus?

If you have, please give it my phone number or address.  I haven't seen it in weeks.

Stuff happens but I can't seem to get it together enough to sit and write it down.

If I could, I'd write about how yesterday morning, Zack wanted to go outside so he went over and opened the front door.  By himself for the first time, as far as I'm aware.  Our front door is big and solid and sticks in warm weather, and historically, young children can't open it.

It was before 7 AM, so I told him no, we weren't going outside yet.  He tried for the back door, then.  So I told him to get dressed and then he could go out in the backyard.

A few minutes later AJ took one look at Zack climbing up the slide, and tried to have a little backyard play time himself, also in his PJs.

I brought him upstairs to get him dressed, waking Mark and telling him to go watch Zack out in the backyard.  He came right back, and said "Zack's not outside, he's in the living room." 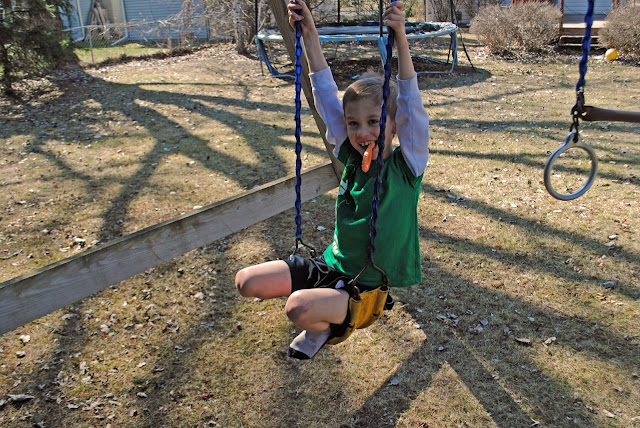 "Oh, he must have come back in," I replied.  AJ was dressed now, so we went downstairs, and two things registered immediately, one after the other.  The front door was wide open.  And Zack was nowhere to be seen.

I went straight to a hopeful state of denial and thought no, he couldn't have gone out the front door, and I checked the backyard and the basement before admitting that Zack had to have gone out the front door, and into our wide open, unfenced, unaware neighborhood.  I stepped out onto the front stoop and saw him right away - he was bouncing around in our next door neighbor's front yard.  He wasn't far away, he wasn't in danger, and I wasn't dressed for public viewing, so I called Mark and he threw on some jeans and ran over to fetch Zack.  Whew.

After seeking advice from my Fragile X Family friends and parents, I am in the market for a product called the Door Guardian.  So that my two monkeys won't open the door one day and decide to run away to Australia and start a Wiggles tribute band.

If I had any focus, I might also talk about how we were at Grandma & Grandpa's yesterday and Zack showed us his inability to transition from wintertime-stay-in-the-house to springtime-go-outside-and-frolic.  We tried to make him, but he's bigger and stronger than he used to be and cannot be made to do things he doesn't want to do. 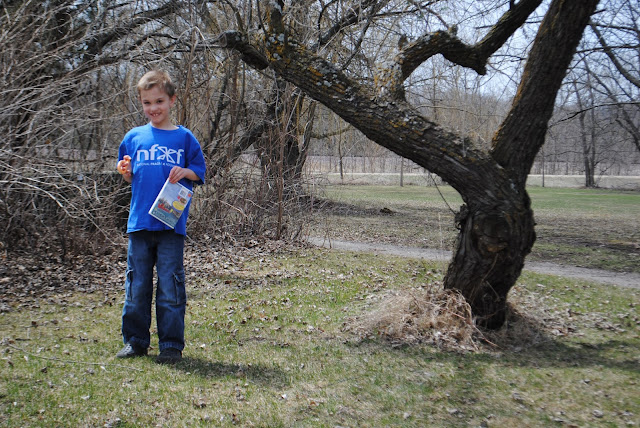 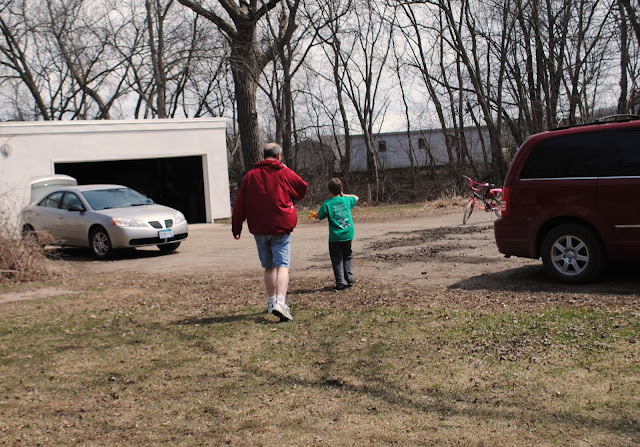 Beautiful warm weather - stand aside, I've got an iPad and I'm not afraid to use it.

Email ThisBlogThis!Share to TwitterShare to FacebookShare to Pinterest
Labels: outside, playing outside