I have both considered and disregarded different herbal supplements and diet restrictions/changes for the boys, mostly because it just seemed like it was going to be next to impossible to convert the boys to these food changes or to get the herbal supplements, whatever form them might come in, into the boys.  But lately I've been baby-stepping my way toward giving some of these things a chance.

First, I started giving the boys a little almond milk about a week ago.  I mix it with their regular milk, about half-and-half, and I still put chocolate syrup in it, so it will still taste like the milk they are used to.  And I don't want to give it too much credit too quickly, but right away Zack seemed less aggressive.  He could actually get close to another person without leaning over to bite them.  Could it be because of the antioxidants in the almond milk - or just the fact that he's taking in less dairy?  I've heard several times that FX kids tend to crave exactly what is bad for them, and Zack and AJ are both certainly milkaholics.  At any rate we'll keep trying it.  I've made myself oatmeal with the almond milk too and it was wonderful.  I even gave Aliza a little bit this morning in her milk.

Second, I'm ordering this herbal supplement called Curcumin from http://www.iherb.com/, because I hear over and over how much it helps kids with Fragile X be more verbal and more calm, similar to the medication Minocycline, which my boys aren't old enough to take.  The FX mom who turned me on to it said it comes in capsules which she just breaks open and mixes the contents with applesauce.  Sounds easy enough.

So those are my two tiny forays into diet changes and herbal supplements.  Stay tuned for results. 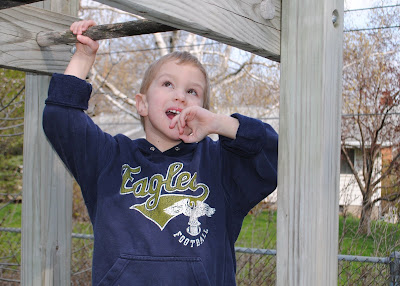 I look forward to reading about the supplement. We give high doses of folic acid to the boys and have been pleased so far. (capsule form as well)