A social life made complicated by aggression

AJ is really comfortable at school, just makes himself at home: 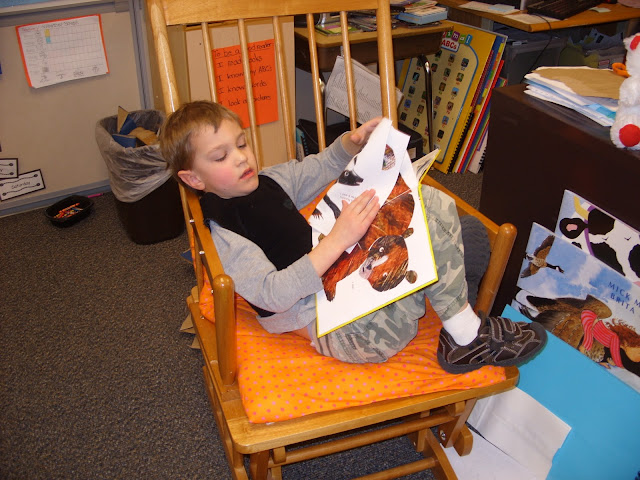 Zack is less comfortable.
Today their teacher called to tell me about a little social situation that has occurred between the boys.  A friend-triangle, if you will.  As any regular follower probably knows now, Zack is more shy and introverted, while AJ is quite outgoing.
Well, my little social butterfly has made a friend -- I'll call him Tyler.  AJ and Tyler sit next to each other on the bus sometimes (not by choice -- they are strapped into seats), and once in awhile during school day, they will hold hands.  (Awwww!)
Well today at rest/quiet time, Tyler patted the mat next to him and looked at AJ, wanting AJ to come lay down next to him.  AJ did, and apparently Zack didn't take too well to it -- he came over and was pretty aggressive toward Tyler, trying to pinch and bite him.  Their teacher said it was heartbreaking, because it was pretty clear Zack was jealous.  Zack had to sit in a chair during rest time (which is not as bad as it sounds.  In the autism room several kids can't lay still and are disruptive, and sit quietly in chairs.) and AJ looked from Zack to Tyler.  He seemed torn.  Their teacher thinks AJ understands that Zack is jealous and frustrated.
Zack had problems on Valentine's Day, too.  He became angry about something and tried to pinch a classmate shortly before the scheduled party in their typical kindergarten classroom.  So AJ and Tyler went to the kindergarten room for the party, and Zack went to his regularly scheduled DAPE - developmentally appropriate physical education - and then just popped in at the end of the party.  I feel bad that Zack had to miss it, but then it sounds like he wouldn't have enjoyed it anyway.
What is causing Zack to be so frustrated lately?  If anyone knows, I'd be interested to hear about it.