We survived the birthday/Valentine's Day extravaganza.

My heart was a little heavy most of the day, possibly due to the amount of chocolate I dumped all over it. 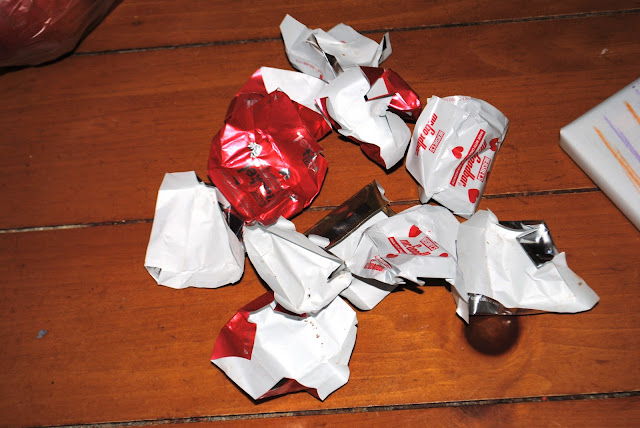 It's dangerous that the boys' birthday happens to coincide with a chocolate holiday.  But anyway. 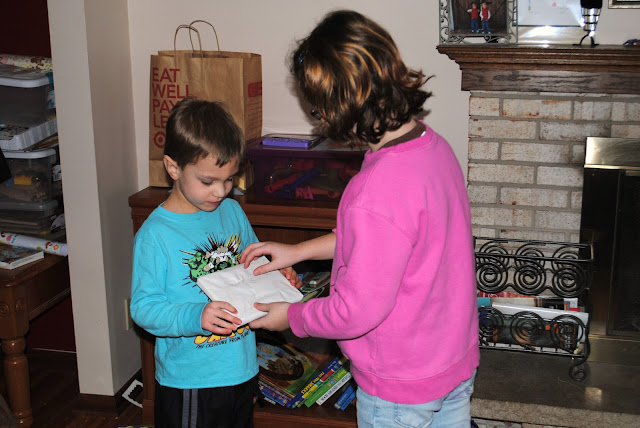 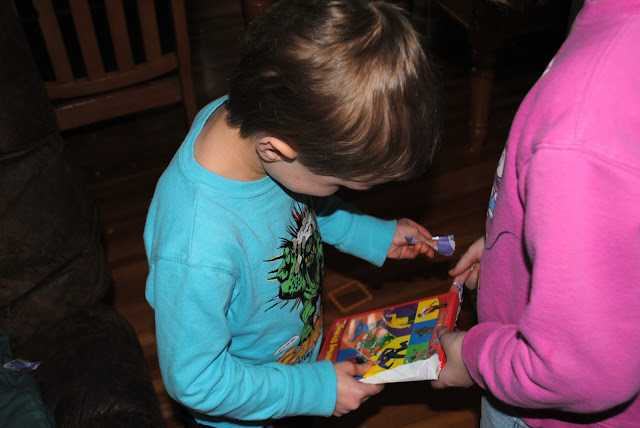 Zack tried to take it from him, until Aliza and I got him interested in opening his own present. 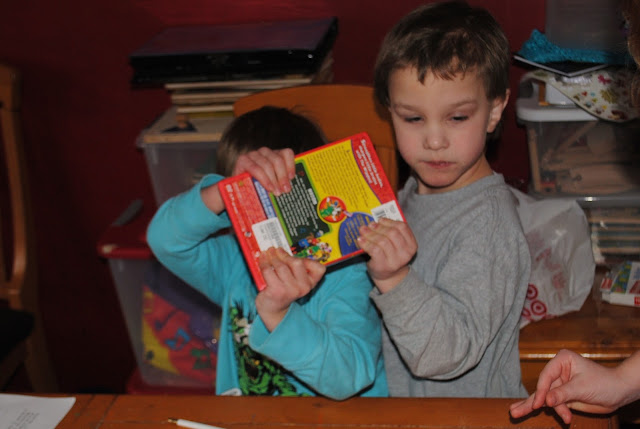 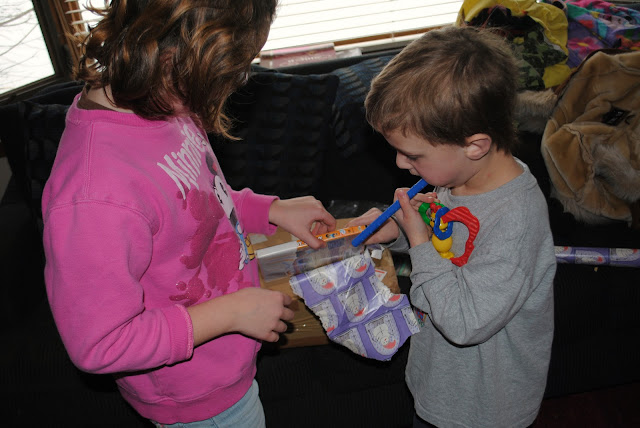 And happiness abounded because both boys had a new video to trophy (yes, I just verbed this word) around the room, and that's about all they need to reach optimum joy.

Except then we broke out the big guns.  The big teddy.

I have been driving around with this teddy bear in the back of the van for about a month now because I wasn't sure where to hide it in the house.  So I strapped the boys in the van to pick up Aliza at school, and before we left I quick pulled it out of the van and ran inside, depositing Mr. Ted in the lazyboy.

After returning home, Zack spotted him right away. 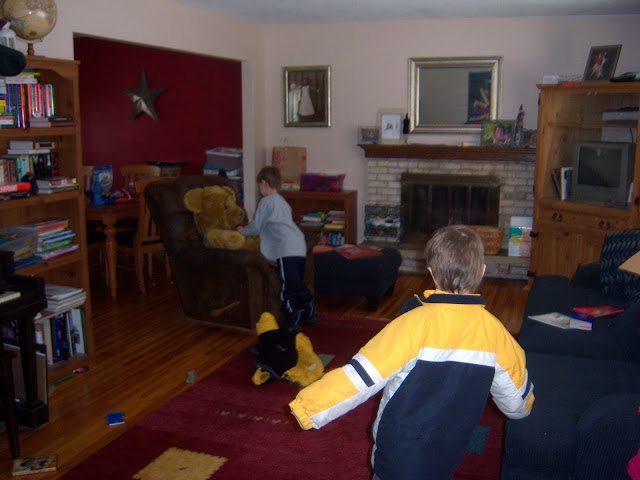 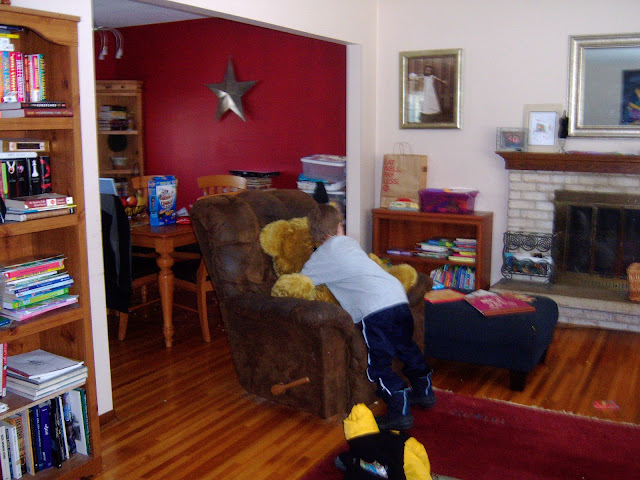 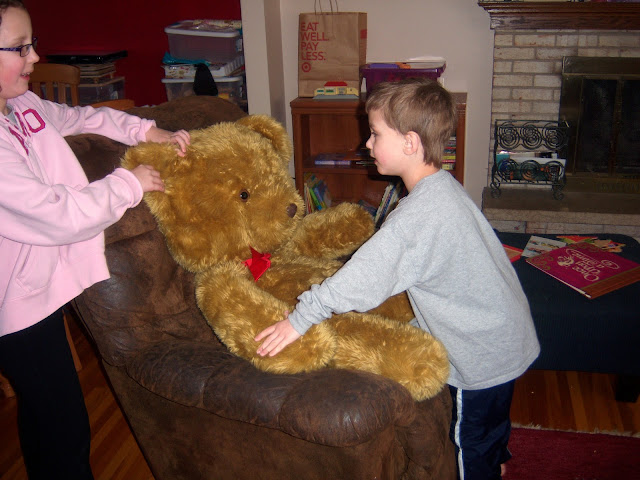 Yeah, he likes it. 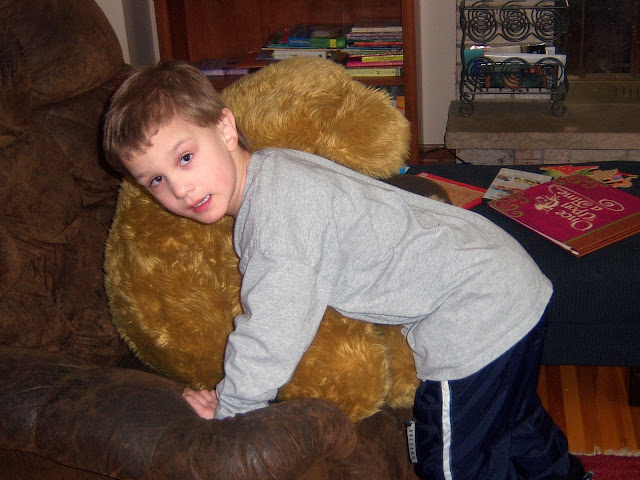 ﻿
Thank you to my friend Carolina and her children, who passed on Mr. Ted to Zack!  Zack is quite obsessed with it.  And, Aliza was wondering if you had another name for him?  We don't want to confuse him, if he's used to being called "Paddington" or "Pooh" or "Baloo" or "Corduroy"﻿ or "Fozzie" or something.
This morning the boys had a doctor appointment that included "labs."  Luckily the boys don't know that the word "labs" generally means a blood draw, so they were fairly compliant and happy throughout the appointment until the "lab" lady appeared, carrying her little tray of torture.
Much screaming and many tears later the blood draws were just a horrible memory.  And in the mail today, each boy got a musical birthday card from grandma and grandpa, which totally made up for the lab torture. 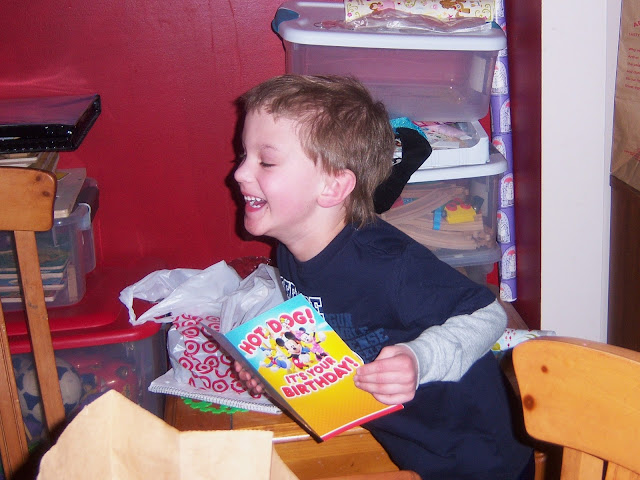