Where TVs Go to Die 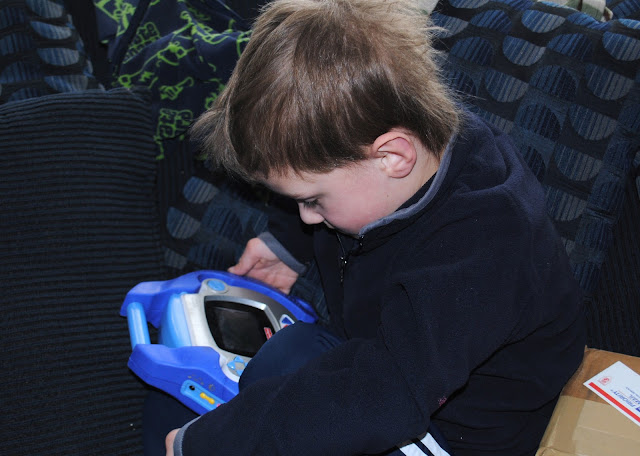 Zack has to watch his movies on this little Kid Tough DVD player because he's so rough with things, it's the only kind that can withstand the abuse.  He's already broken several portable DVD players (note to grandma & grandpa -- he did not break the one you got him for Christmas, but he was going to -- which is why we got him this one).  We have a broken TV graveyard in our basement: 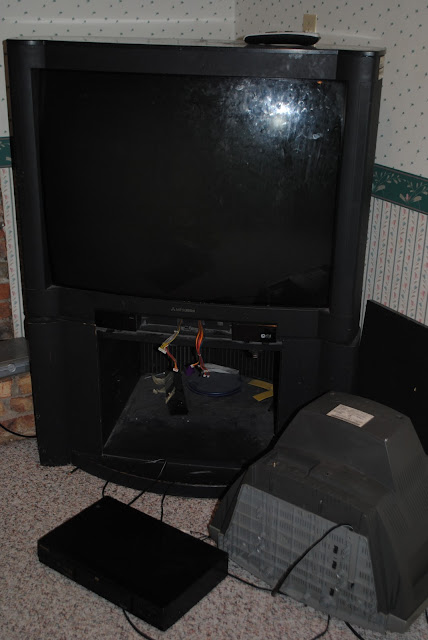 So, when the electronics failed him, after an appropriate mourning period..... 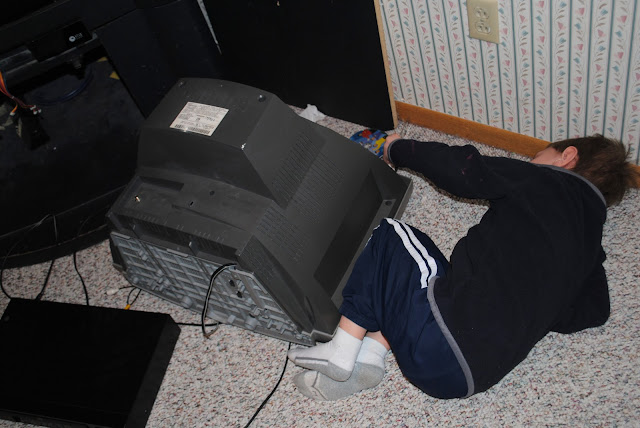 He put aside the DVD and played with a regular toy!  Granted, it's more of a toddler toy, but he played with it all on his own.

I have adjusted to a lot of new concepts and ideas since the birth of these boys, but one thing I will never stop being amazed at is how hard it is to teach them to play.  The very fact that they have to be taught to play astounds me.  It took a lot of encouragement over many weeks to get Zack to play with this.  So I'm pretty thrilled that he sat down and played with it absolutely with no prompting whatsoever. 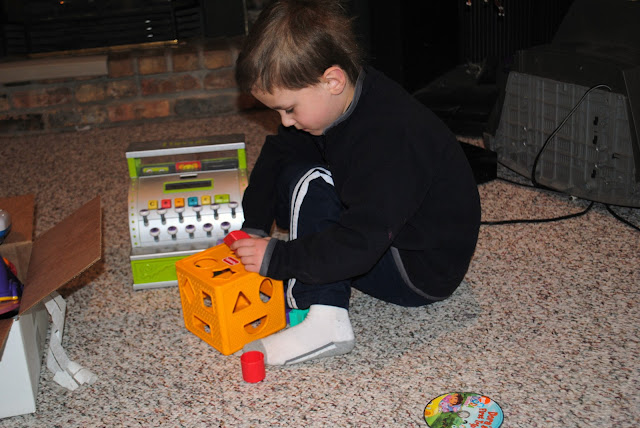 Maybe we should unplug all the rest of the TVs and computers in the house and force us all to play with our toys!