What Would Temple Grandin Do?

The teachers left it up to me whether the boys attend.  The two other kids with autism who are in the class aren't going. If the boys go, they’ll have one attendant with them and they suggested I go along as well, and I say Um, Thank You, I’d suggest that too! What is that one attendant going to do when they run off in opposite directions?

So my knee-jerk reaction was to say no way.  I didn't want to take them out of their routine. And I can’t picture them at the Children’s Museum. I just can’t. All those kids running around like maniacs, all that noise and bright lights….

So I was leaning toward saying no, but I asked the people on the Fragile X listserv for their sage advice, and got probably 40 responses, every single one of which said GO!

And I asked one of our ABA therapists what she thought and she reminded me to ask myself:

WHAT WOULD TEMPLE GRANDIN DO?

She would say GO!

So I think we’re going to go. It's next Wednesday. God help us. 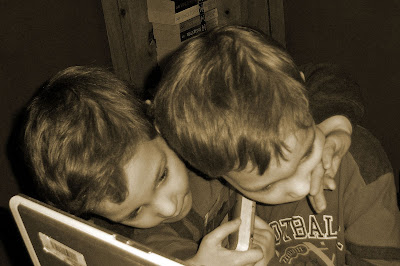