Zack has caught up to his brother, and can run the laptop.  He's so tickled with himself and we're thrilled, of course, that he's found a new and very valuable skill.

The trouble is, there are only so many computers in this house.  I try to keep the Doritos crumbs and milk spillage to a minimum around my laptop, so I'd prefer they stick to using the secondary one.  They fight over it, like regular 6-year-olds. 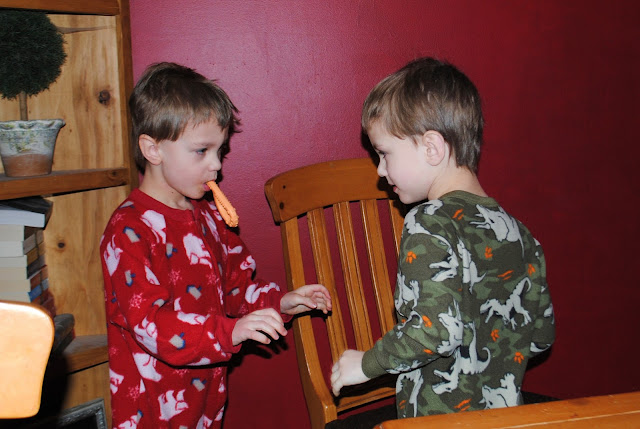 His favorite clip on You Tube is from Dora the Explorer (I'm sure that comes as a big shock), The Chocolate Tree.  He could watch it over and over and he stims (v. to self-stimulate; (specifically) among autistic people, to fixate on a comforting or compelling thing or action (such as rocking or humming); to perseverate.) wildly as he watches, screaming and wringing his hands until he rubbed a sore on his index finger (if you look at the pictures on the post right before this one, you can see it in the picture of him screaming right next to the trampoline). 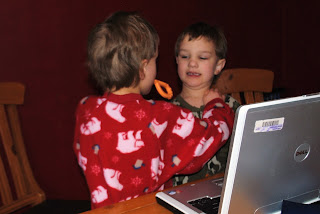 He gets himself so worked up watching it that I'm trying to ban him from it.

I poked around in Internet Explorer looking for a way to block just The Chocolate Tree videos from You Tube, but it seemed to want to block You Tube altogether.  So be it.  I blocked it.  But it doesn't work!  They can both still bring You Tube videos up on that computer. 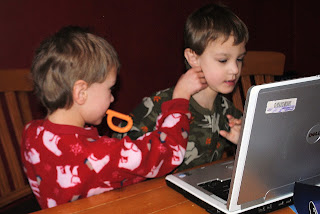 When I try to remove him from the computer and redirect, he's pretty aggressive and out of control.  It brings out the "bad Zack."  He'll scream and cry and it's more than the screaming he usually does, when he doesn't get his way.  There's a breathlessness to this screaming, and his face gets all blotchy.  He'll pinch anything or anyone within reach.  It's much more tantrumy.
So apparently, going to "Content" in "Internet Options" and blocking http://www.youtube.com/, does not actually make it so you can't get to http://www.youtube.com/.  I'm not sure what function it achieves.  I'll keep exploring it and maybe I'll figure it out.  I guess it's just another example of technology getting the best of me.