Are you going to eat that?

I can't believe in all this time, with all these posts, I've never discussed the boys' food issues.  I mean, it seems like it's all I think about, some days. 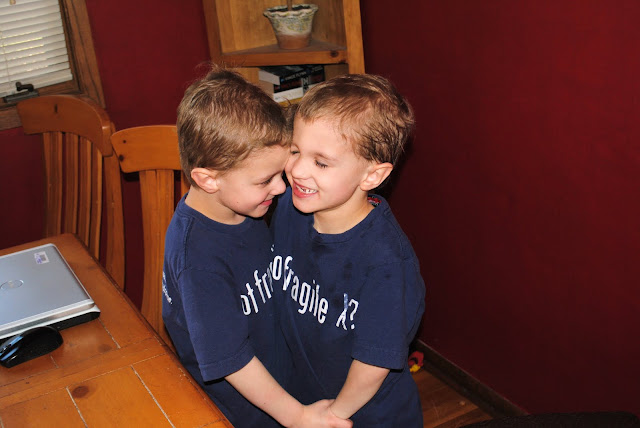 Zack and AJ have a pretty limited diet, like a lot of Fragile X kids with sensory issues. Here's the list of what they both will eat:
In addition to these items, Zack will eat:
AJ will eat, occasionally:
And that is all they eat.  Literally.

Notice the lack of fruits or vegetables here.  Both boys get a dose of liquid multivitamin in their morning milk to try to make up for some of that. 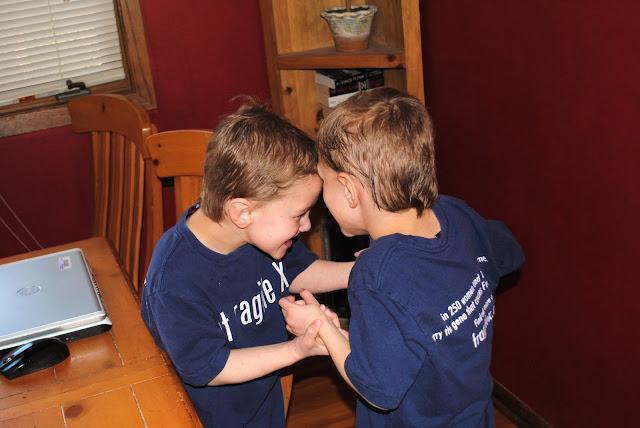 This list is actually quite encouraging.  A few months ago I would have had to say that they would only eat Chicken McNuggets from McDonalds.  No other chicken from any other place was acceptable.  Slowly we got Zack to start eating the Chicken Tenders from McDonalds, and then AJ got interested in those, and then slowly again, we managed to introduce them to chicken from other places.  Now I can get frozen chicken nuggets at the store to make at home, and they will usually eat it, as long as it is breaded and looks more or less like a McNugget.

Unfortunately a couple of items have dropped from the list, too.  They used to love yogurt (only Fruit on the Bottom Cub Foods brand or Archer Farms from Target) with Kix or Rice Krispies or Cheerios mixed in.  The last couple of times I got the yogurt out, neither of them will touch it.  Same goes for the oatmeal.  I don't know what changed. 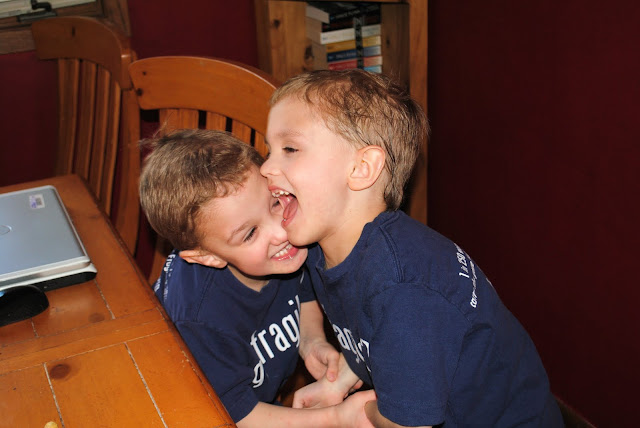 Since they gave up yogurt and oatmeal, I've decided they need to add a couple of things to their limited diets.  I tried toasting Eggos and cutting them up.  What kid doesn't love Eggos?

AJ's therapist got him to eat a few tiny bites.  Zack didn't get near it.

I also got a different kind of cereal -- I got Honey Graham Oh's.  I think they are fantastic.  The boys haven't tried them yet.  I'll keep putting them out and see if I can get them to crack. 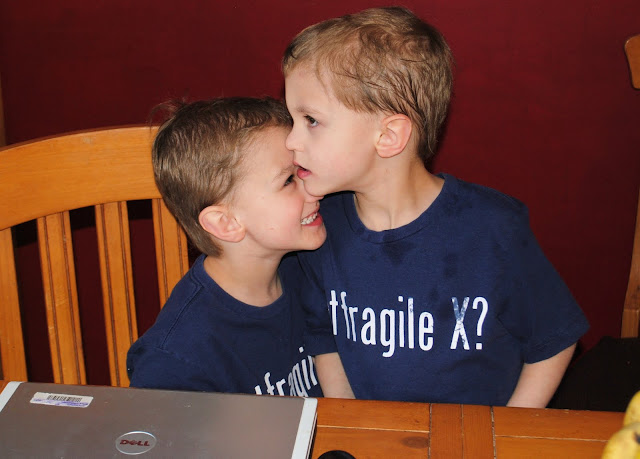 So the thing is, with these eating issues, how can I possibly make them eat healthier or naturally? I have tossed around the idea of trying to go gluten free, but it scares the bejesus out of me.  I mean, if I eliminate Cookie Crisp, Honeycomb, Cheerios, breaded chicken, and Chef Boyardee, from their diets..... there won't be much left.  I know, I know, they'd eat whatever I offered if they were hungry enough, right?

Not necessarily.  I don't know that they would.  These aren't typical kids we are talking about here.  And with hunger comes more difficult behavior.  So if they won't eat anything because I took away all their faves, they are going to bite, pinch, scream, cry, bang their heads, break stuff, throw stuff..... and I don't know if there's enough antidepressants in this house for me to get through that.  Honestly.  Don't. Know. If. I. Can. Take. It. 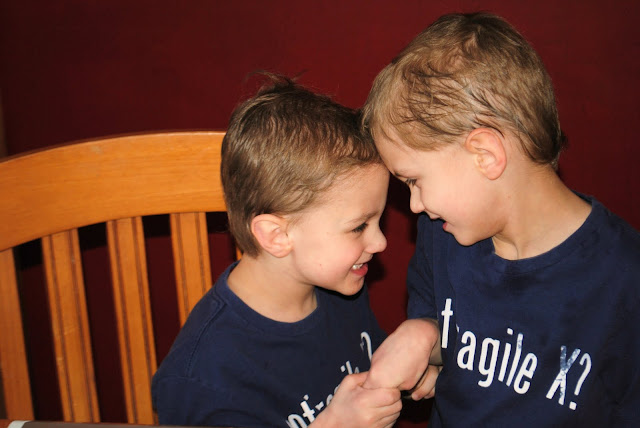 There is hope.  Last night I made a peanut butter sandwich and put tiny slices of banana in it instead of jelly.  Zack ate it, and AJ, very reluctantly, accepted a few bites because we made it a condition to get his favorite Dora video.  Success!  But I can't force feed these boys every meal.  Just because I managed to get AJ to eat banana in a sandwich yesterday doesn't mean it'll happen again today.

As always, I am open to suggestions.  If you know how to get Fragile X and/or autistic kids to eat better, please clue me in!