Body Issues, at the Tender Age of 8

Aliza and I were sitting outside the other night in the backyard, making a fire in the firebowl, just her and I, chatting and laughing and relaxing.  And I kept thinking about how pretty she is.  I ran inside to get my camera and snapped some quick shots of her, but I can't capture it.  The green eyes, the freckles, the unruly, wavy hair.  I can capture her personality well in pictures, but for some reason I don't think they show how pretty she is. 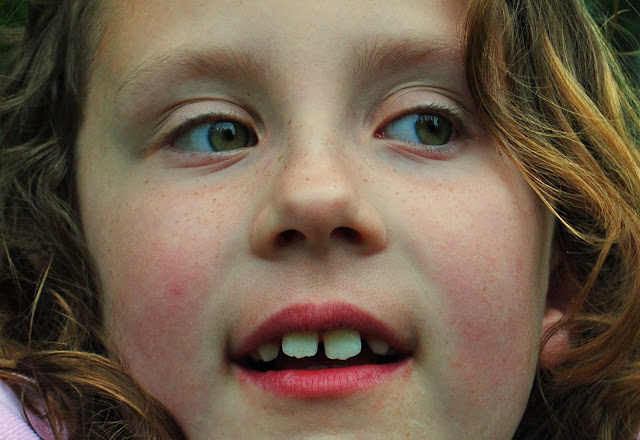 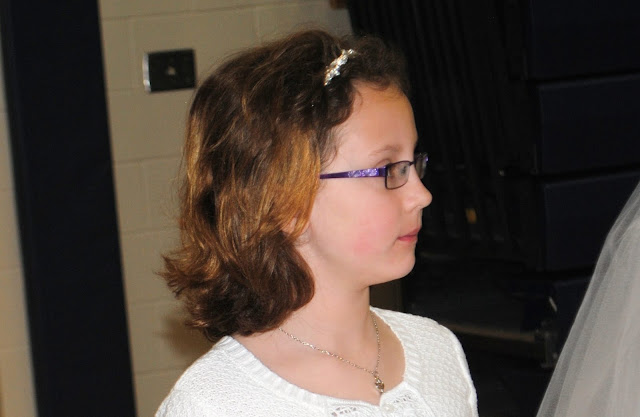 I'm worried a lot right now about her self image.  Up until this spring, she's been blissfully unself-conscious.  She flitted around the neighborhood in shorts and tank tops every summer (and sometimes just a swimsuit), and she was a totally carefree, sunny, happy-go-lucky little girl.  I knew that wouldn't last forever, but I'd hoped to continue it for a more years.  I think it might be over now, at age 8. 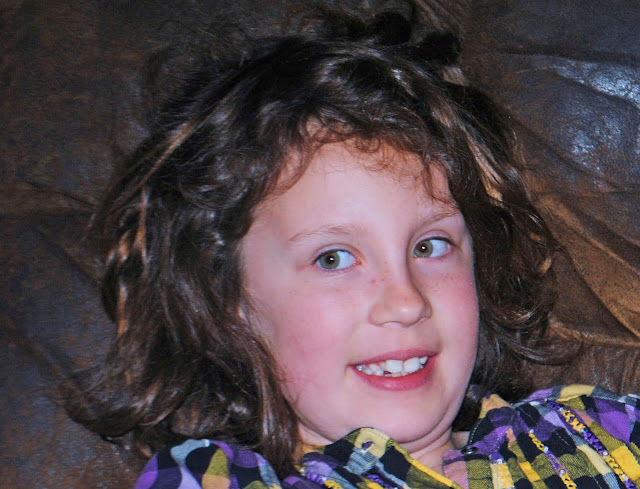 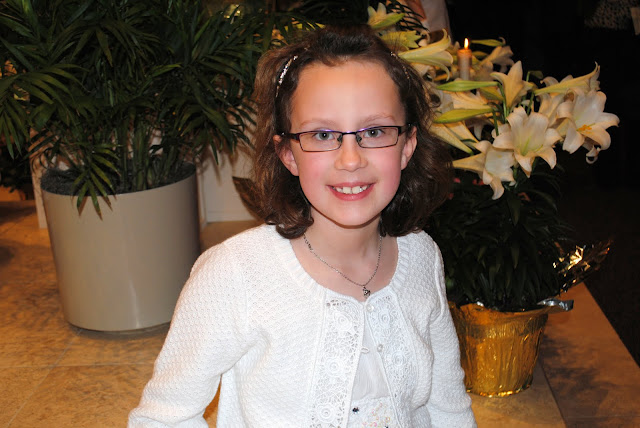 She's so much pickier lately, about what she wears.  She won't wear shorts to school, she told me she's just going to wear long pants or capris.  I don't get it.  Everyone else wears shorts. Her classroom isn't air-conditioned.  A few times, if she thinks the shirt she's wearing is too tight or too short, she'll keep her jacket all day.  That can't be comfortable.


Last Thursday was "dress like a friend" day, and Aliza and her friend Sophie decided to dress in all red, from head to toe.  Aliza has red pants, that's easy.  Finding a shirt was tougher because all her red shirts were too small, she decided.  She definitely won't wear anything that, if she raises her arms above her head, shows her tummy.  But even the longer shirts are too snug.  She doesn't like anything body-hugging, and right now, that's the style in women's and girl's t-shirts -- go shopping check for yourself.   All the t-shirts for women are tapered and meant to fit like a second skin.  I don't like it any more than she does, and she probably knows that.

So I tried to show her how to stretch out a shirt a little, if she thinks it's too tight, but it wasn't working well enough for her and at one point she looked down, almost in tears saying "I'll just wear my jacket over it."  It breaks my heart.

I'd like to blame society for this, at least in part.  It isn't just the ads for adults that she happens to see.  It's the cartoons, too.  Just the other day I walked in on her watching an episode of Phineas and Ferb that had their sister Candace looking at a magazine called "Flawless Girl," and saying she is so glad she has that magazine to show her what clothes to wear, and how to fix her hair.  I don't want my 8 year old thinking about trying to be a "flawless girl."

This video does a great job of showing you outwardly what the ads we see are telling our subconscious.


I guess all I can do is try hard to give her confidence in herself.  Make sure she eats healthy, gets lots of exercise but doesn't see it as exercise, and knows she is a smart, fun, and gorgeous little kid.


Nobody told me I was going to have to worry about things like this as a parent.  So much of my worrying is taken up by the boys.  I guess I'll have to reserve some of my worry quota for my daughter too.

Email ThisBlogThis!Share to TwitterShare to FacebookShare to Pinterest
Labels: Aliza, self image

I remember feeling that way when I was a kid. It hit me when I was about 12. Seems like they go through everything earlier these days. I was always self conscious about my arms. I thought they were too long. I was always pulling my shirts down over my hands. I think it just takes the hard fought maturity of age to feel comfortable in your own skin. Until then, lots of hugs help!