Both boys break some ground 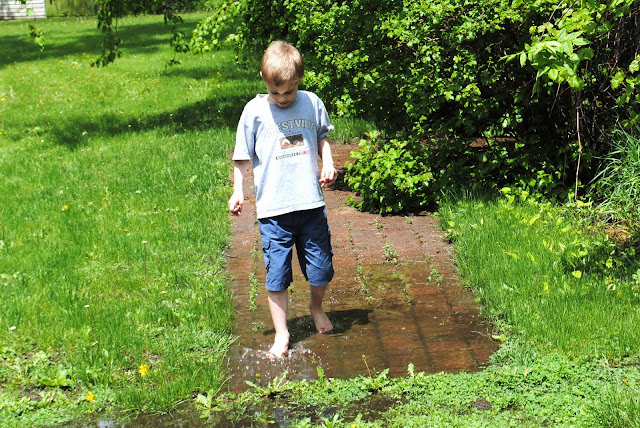 Zack already eats pizza, more or less.  I have to cut it into tiny bites like you would for a toddler, and then most of the time we have to put them in his mouth.  He might pick them up and eat them himself, but he definitely prefers you do the dirty work.  AJ was totally anti-pizza for a long, long time.  I covered exactly what the boys will eat (instead of what they won't eat, because it's a much shorter list) here.

Then a couple of weeks ago when I was out and about, Mark said he got AJ to eat pizza.  That's how it works a lot of the time; Mark can get them to do lots of things they will fight me tooth & nail about.

So then I tried it and I got AJ to eat pizza (again, a tiny little bite, with me promising a Dorito right after pizza, and then putting it in his mouth).  I was thrilled!  He eats pizza!  Like an ordinary kid!

Yesterday AJ really blew me away when he touched the pizza with his own hands and ate it.  He's a rock star!

So finally, we have a meal, a common family meal that all five of us can eat, together.  When we eat pizza, we can pretend that we are finally a normal, ordinary family.

And Zack, not to be outdone, blazed his own "I can do new stuff" trail.  He rode a bike this week. 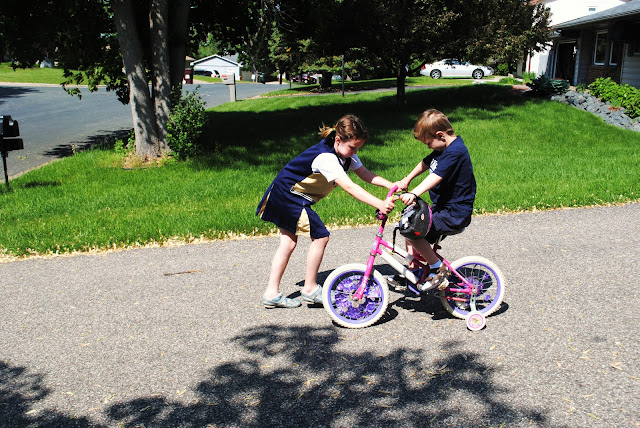 Mark recently put the training wheels back on Aliza's little pink Barbie bike, to see if the boys would give it a try.  AJ was very excited about it for about 90 seconds, then he was "all done."  Zack could have let Aliza or me push him up and down the street all afternoon.  He loved it! 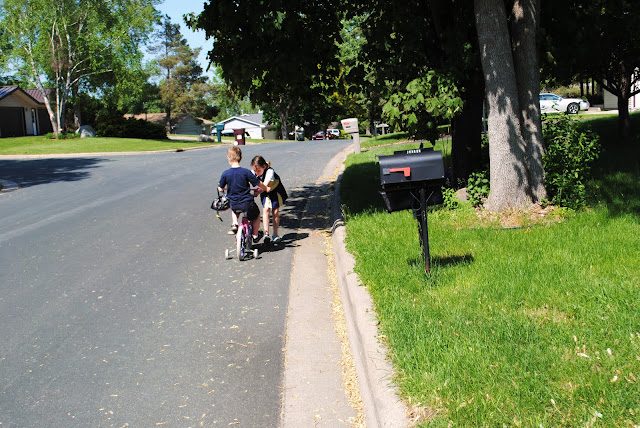 Now to get him to actually push on the pedals....