ABA is a little scary

With the start of 1st grade next week (and full days of school), we are cutting way back on the boys hours of ABA therapy.  Both have been in an ABA program for more than 3 years now.

Did you know ABA therapy can be controversial?  I was very nervous about beginning this program, because before I really knew what ABA was, I knew it was sometimes not the right way to go with Fragile X kids.  When I started asking around (i.e., emailing the listserv to see who else had been doing ABA with their Fragile X kids) the first thing I got was a link to an article warning against the ways straight ABA therapy (intended for kids with autism, not with Fragile X) could be harmful.  I had two little 3-year-olds.  I didn't want them harmed.

I did want them to cooperate with the activities of daily living though.  I wanted them to be able to feed and dress themselves.  I wanted them potty trained.  I couldn't imagine how they were going to go to school when they couldn't sit still for more than a nanosecond.

Behaviors were out of control.  Neither of them could do anything without screaming about it first.  I wore earplugs.  Literally.  Mostly just in the car, but sometimes around the house too.  I could still hear, but they muffled the constant screaming quite nicely.

And ABA therapy has been a lifesaver around here.  Zack and AJ have learned, among other things, how to communicate without screaming.  It's wonderful.  And I don't regret a second of the undoubtably 1000's of hours of one on one therapy we've put in.

But it might be time to move on.  To a more classroom-oriented therapy.  With other kids.  In a group.  Socially.

I just stumbled upon this blog called Reward and Consent, that discusses ABA therapy, its history and significance and the pros and cons.  I love it.  I'm going to follow this blog carefully, because three years later, I still feel like I need to stay on top of the ABA program and make sure it's not "harmful."  It certainly wasn't, for us.  But that doesn't mean each parent shouldn't pay close attention to exactly what kind of program is being used on their kids.

Every child is an individual (even if he's an identical twin), who should not be subjected to a cookie cutter therapy program. 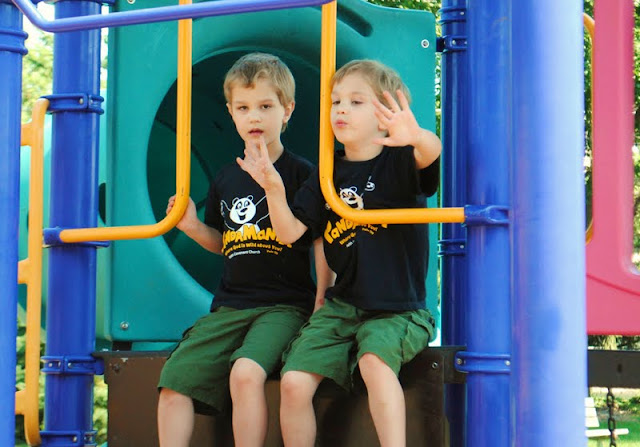