It's such a time of change around here.  I feel like I just go with the flow every day, and I want to be flexible like that but I feel so out of control.  I'm tired of being reactive.  Just one day, I'd like to not have to react to something unexpected.

We are still getting used to the idea that our ABA therapy is probably coming to an end.

Three and a half years ago, when we started this program, Nancy was full of sales pitches that included strong claims of how this therapy could "cure" them.  Alright, she didn't say the word "cure."  But she bragged quite a bit about statistics of kids who went through their therapy program and then went to school not needing any aides or support of any kind.  Kids who were able to be mainstreamed in the typical classroom, keeping up with their peers and their studies.  Showing no signs of autism.

And while I try to have high expectations, I knew this was not going to be the case with us.  And I tried to tell her that.  The autism/Fragile X combination was going to make "graduating" from the program a lot harder.  Her statistics didn't include kids with Fragile X.  I also suspected that ABA therapy would be very good for the boys, though, and that while they most likely wouldn't be entering school without aides, it would definitely help them.

Still, it's sad to me that they will be quitting the program, rather than graduating from it.  It's the same way we ended things at Courage Center - our insurance stopped wanting to pay for it, because they weren't making enough progress - so we started the ABA program.  This time it's not because insurance doesn't want to pay for it, but history is repeating itself - therapy is ending because they (well, only Zack, really) aren't making enough progress. 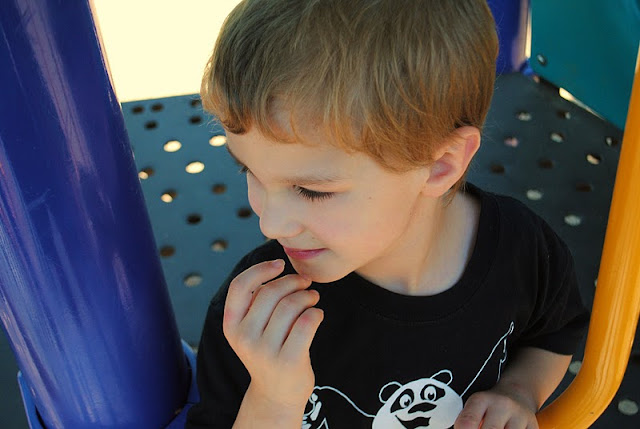 My poor little Zack.  He is getting used to the full school days, though.  It was a slow transition because he was sick a couple of days and had to stay home.  Actually everyone's been sick.  I'm the only member of this household who hasn't been on antibiotics in the last month.  Well, me and the cat. 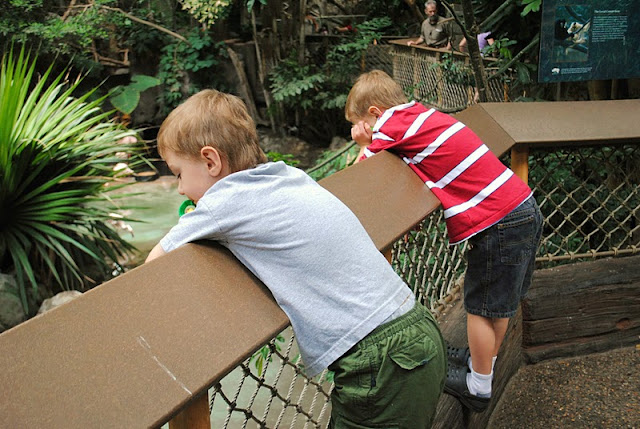 September has been such a busy, scattered month.  I hope things settle down soon.

This is pretty much my biggest fear with choosing a program/ school/ therapist. What if it doesn't work? It's so scary to know that we might waste a few years without any real improvement. It's the hardest part about having autism. It's all a crap-shoot. Every time I log into the BEATMN board and see one more person ask what they are supposed to do now that insurance is going to stop covering their child's treatment because there isn't enough progress I thank my lucky stars we are just beginning this road and I don't have to worry about *that* just yet. I'm sure our time will come.