I'm pretty sure we're on the placebo.

We had our third clinic visit this past Monday and four weeks into the trial, we still don't see many changes.  They are both talking a little bit more, but there are still huge anxiety issues with both boys.  And when we told the doctor that, she said well, maybe they are on the placebo, or a very low dose.

Which made me think that SHE expected to see some changes by now, too.

We have the last two appointments all scheduled, the last of which is in mid-December, and she said that then we can get them into the extention and then we'll KNOW they are on the drug and we can see what dosage will work for them.

Which makes me think she wants us to definitely do the extension.

If she told me it might help for me to jump through a hoop of fire, I'd probably try it.

We have a nice long break now before our next clinic visit.  We don't have to go back to Chicago for a month.  So we'll spend this month trying to stay in a comfortable, predictable, routine of school, therapy, Little Einsteins, and occasional trips to the mall and Target.  We'll try to keep the anxiety level as low as possible.

This past weekend in Chicago we tried to make it into a family mini-vacation. 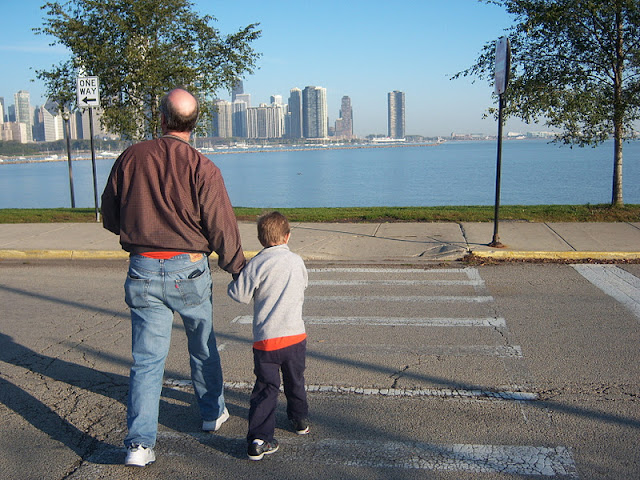 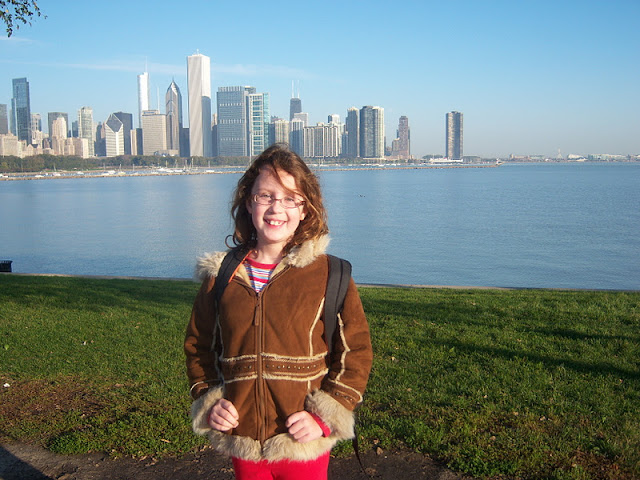 We decided a couple of weeks ago that we wanted to take the kids to the Shedd Aquarium.  I emailed them and explained why we were going to be in town, told them about Fragile X and autism and how it affects the boys, and asked if they had any ideas or suggestions of ways we could make this a successful, fun outing for the kids.  Their reply was basically a form email they send to anyone who asks about how to make a trip to the Shedd successful and fun.  I was kind of disappointed in that.

But we got there around 20 minutes before it opened, and were the third family in line.  By the time it opened, there were probably 10 families in line behind us.


And the Shedd Aquarium was a very positive experience for all of us.  For the first hour or so it wasn't crowded at all, so we could kind of let the boys run around and play on benches and even lay on the floor a little, if they wanted to.  They even showed some interest in some of the exhibits.  AJ and Aliza watched the Alligator snapping turtle with awe.  Heck, so did I.


Being regulars at the Minnesota Zoo, we are well acquainted with dolphins but we aren't used to seeing Belugas, and thought they were fascinating. 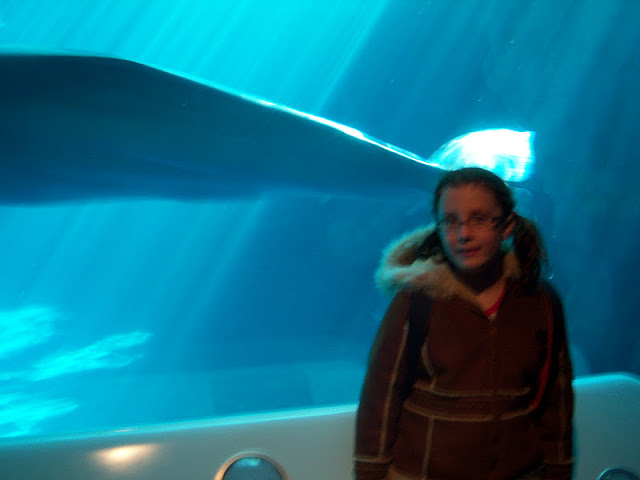 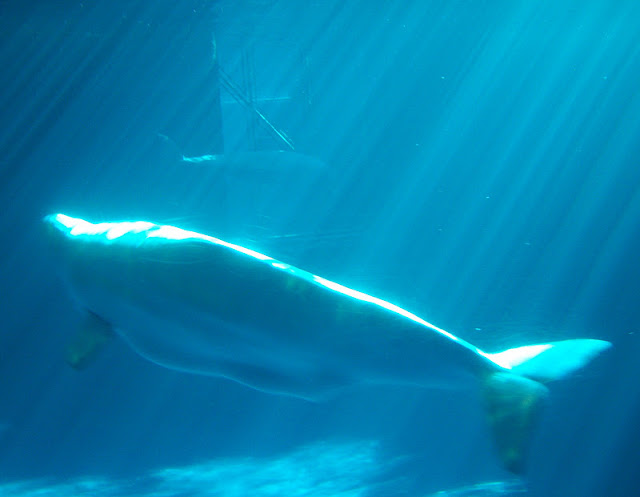 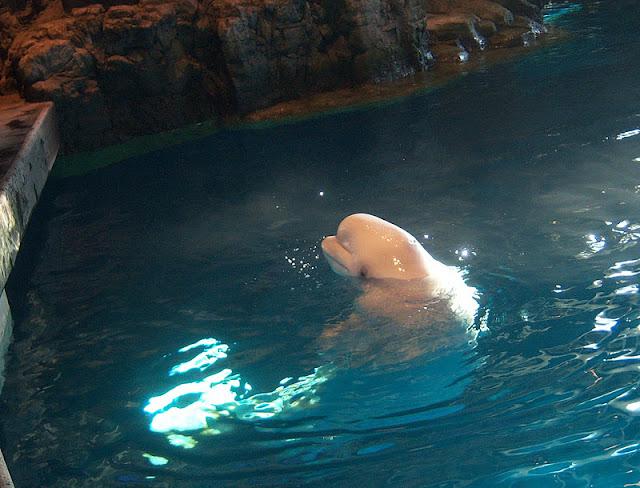 We stopped for lunch and played with the iPad, and then we took a big leap out of our comfort zone, and took the kids to see "Dora and Diego's 4D Adventure Catch that Robot Butterfly!" 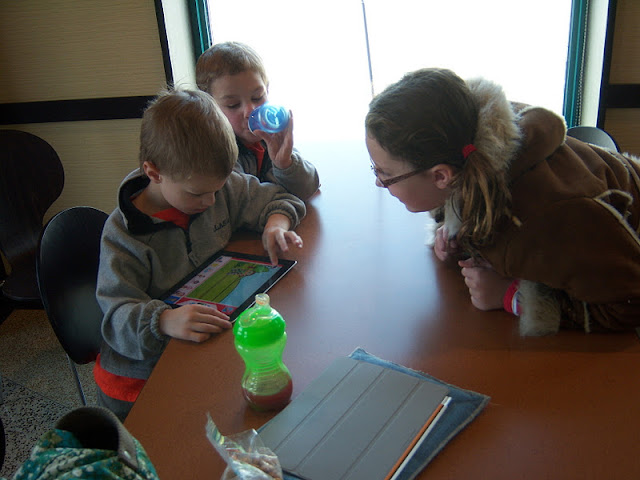 You know what 4D is, right?  It means you will feel and smell the movie as well as having it appear to jump off the screen and into your lap.


We could smell the rainforest.  The chairs rumbled and we got wet and windblown.  It was all a bit much for AJ and he started to cry just a few minutes into the show, so he and I left and waited outside for the others.

After we left the aquarium it occurred to me that the biggest and greatest American Girl store in the whole world is in downtown Chicago, just a couple of miles from where we were at that very moment.  I couldn't resist it.  I talked Mark into letting Aliza and I spend a little time there. 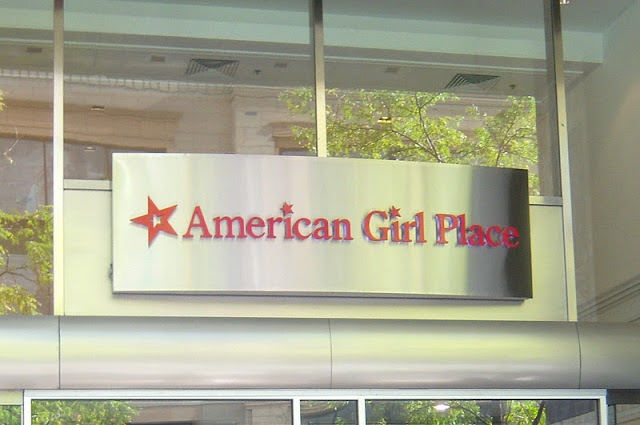 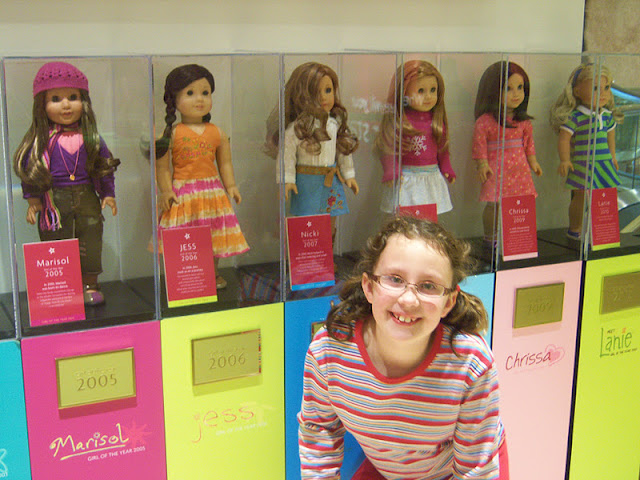 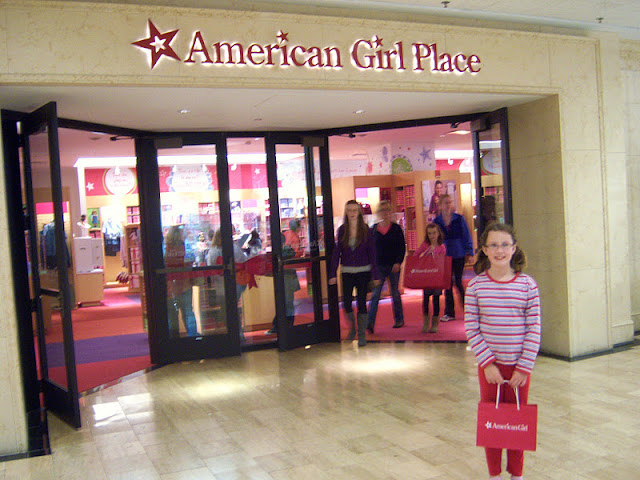 She floated through that store on a cloud.  Number nine, I think.

Then later in the afternoon we took the kids back to the hotel pool, where they just so happen to have a couple of flatscreen TVs mounted on the wall, that just so happened to have the Vikings/Packers football game on them.  There was no one else at the pool.  So for a little while, I got to kick back in the jacuzzi and watch football.  Mark said "don't get used to this." 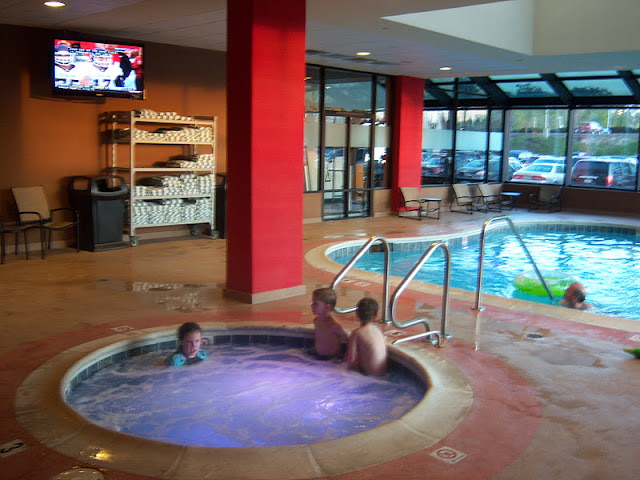