The other day the boys' class went on a field trip to the zoo.  I agreed that Zack and AJ should go, because they love the zoo.  It's a place of familiarity and comfort for them.  Chances of success were great.  I went along, too.

Afterward, the para who came along to help told their teacher back at school that the trip went great.  Their teacher was thrilled to hear it.  I thought it went fine.  Nobody had any meltdowns, nothing terrible happened.  Nothing amazing and fantastic happened either.  It was fine.

The class was broken up into groups of three, each with a parent volunteer assigned to them.  And they all sort of roamed the zoo individually. We saw a few of them here and there, but there wasn't much interaction with the class. 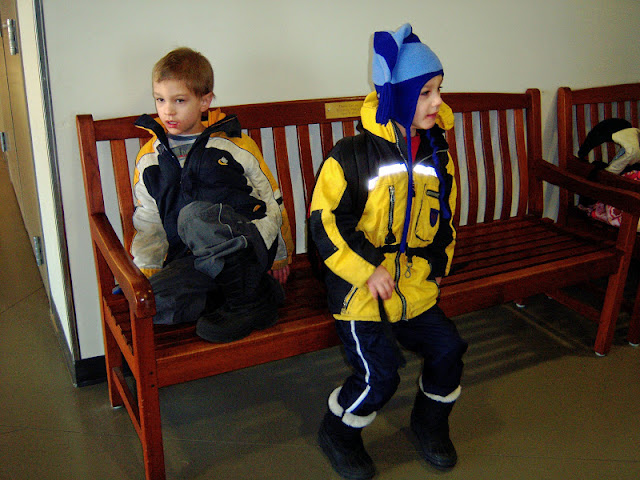 For the most part, this was just another day at the zoo, except I had the para along to help.  And she was very helpful.

There is one boy in their class - Evan - who has befriended them, sort of.  We ran into him a couple of times during the field trip and he came right over and embraced Zack.  I was really surprised Zack tolerated it, but he seemed used to it. 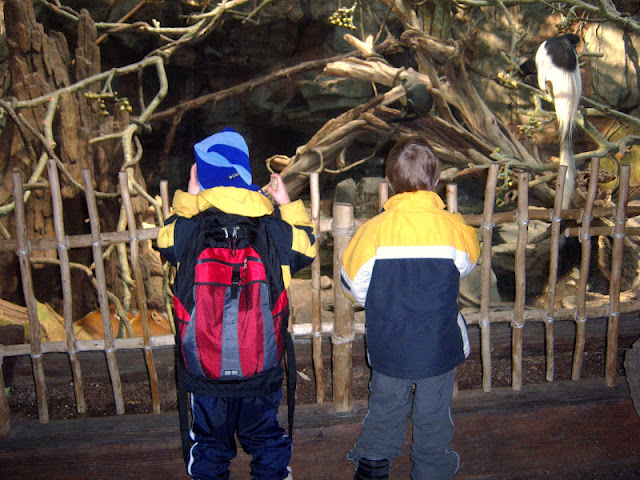 Other than that, we had virtually no interaction with the other classmates.

This article from the Huffington Post makes me think of events like the field trip to the zoo, and how little contact there seems to be between the kids in the neurotypical class and my boys.  Forging relationships between children with special needs and children without special needs is tough all over.

A couple of weeks ago at Partners in Policymaking, a speaker who has an older brother with intellectual disabilities commented about how when he was growing up, every time he'd say he was going "out to play," his parents made him take his brother along.  In time, all the neighborhood got to know his brother and became his friends and caretakers.

Often when Aliza puts on her coat and announces she's going to the neighbor's house to play, I look at the boys, and sometimes AJ is looking at her with some wistfulness.  I think.  It could be me, just wishing they could go out and play with kids as easily and naturally as she can.

I can't let the boys go out with Aliza alone.  But maybe I should go out with them, more often.