Anxiety on the Rocks

Shaken, not stirred.  That's how I like my anxiety.

Out and about, people tend to notice the kids who shout out two numbers much moreso than they noticed two kids who randomly counted things.  Not that I care what people think.

Otherwise, they still let it out in their usual ways; AJ cries and chews on his clothes, and Zack pinches people and screams.

Today after school we had speech and occupational therapy at Courage Center.  It's kind of a long day for them, but they are usually up for it.

When they were all done with therapy, they come to me in the busy waiting room, ready to go.  Zack needs to go right then -- he's got no patience for my chatting with the therapists, getting the lowdown on how they performed.  He is not interested in stopping in the waiting room for even a second.  He barrels right on out, unless I hold him back.  Then he starts in on the therapist.  The poor woman, who only moments ago he was having a great time with, is now the target of his aggression.  He reaches to pinch, we both tell him no, to be gentle....

Anyway, this was the scene today, too.  Both boys started for the door in front of me while I said goodbye to the therapists, and another boy in the waiting room, who was there for therapy (and who I'm guessing has autism), suddenly screamed when Zack walked past him "HEY!  THAT KID PINCHED ME!  REALLY HARD ON PURPOSE!"

Time stopped, while everyone stopped what they were doing to look over.  Zack started to scream and cry.  AJ backed against the door.

And it's not like this has never happened before.  Actually, this happens way too often.  How come every time, though, I totally can't remember how to handle it?  I have rehearsed this in my mind and in real life.  It happens.  Zack pinches and sometimes bites kids.  But I still I stopped for a minute, not sure what to do.  The kid's mom told him she was sure Zack didn't mean to hurt him.  The kid continued to holler.  "YES HE DID!  HE PINCHED ME ON PURPOSE!"

I told the kid I was sorry too, and that Zack gets really really nervous around people.  I told Zack "Zack, say 'I'm sorry.'"  And then I said a superquick silent prayer, because you never know if Zack is going to say what you tell him to say.  PleasesaysorryZackpleasepleasepleasesaysorry.

And he did.  "Sowy."  And then he cried.  On the way out to the car, Zack got over it and stopped crying and screaming, and AJ started to cry.  AJ cried for about 45 minutes.  He was really upset about the whole thing.

Anyway, you see what I mean (in the post before this one), when I said I wished for a little more from this medication that is supposed to help with social anxiety? I can't take Zack anywhere without it ramping up anxiety for all of us, because you just never know how he's going to do.

And I can't help but think about the fact that we just increased the dosage for both boys, and the last time we increased their dosages, AJ cried all the time, and Zack became a lot more aggressive.

It's too soon to draw those conclusions, but it is on my mind.  Sigh.

And now I will wrap up this stressful and unhappy post with a couple of cute swimming pictures, so it's not all doom and gloom. 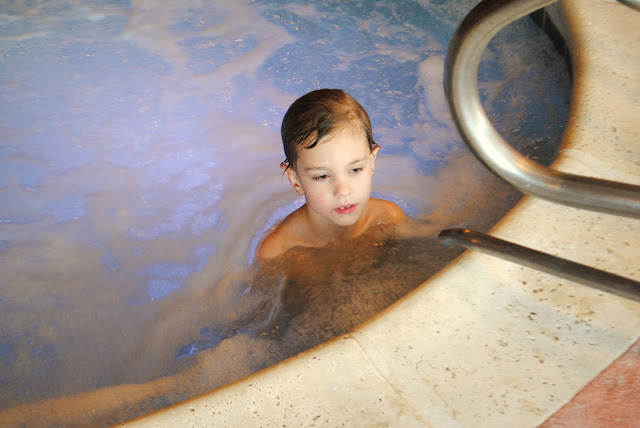 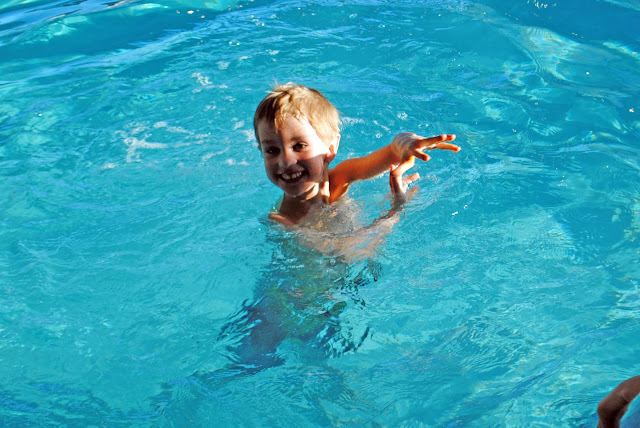 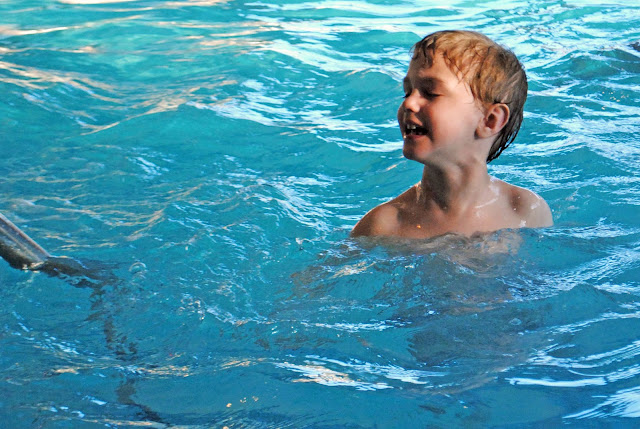 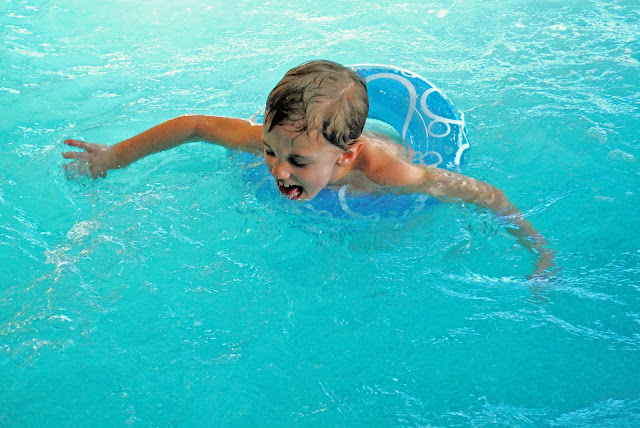 Oy, "sowy," wish I had the right words to comment because I can't hug you now.