We are keeping these boys good and busy this summer, which most of the Fragile X and autism parents know is an important and necessary thing!  People who are go-go-go-go-go kind of people are not much into idle time.  Idle time is the devil's.... well, it's bad.
On Mondays and Tuesdays they go to a center for speech and occupational therapy.  On Wednesdays they go to another place for potty training therapy, which is basically just more OT.  On Thursdays they have horseback riding, AKA hippotherapy.  And through the month of July on Tuesdays, Wednesdays and Thursdays, they have summer school.
The time that is left over, we spend in the pool.
Yep, we got a pool!  A 42-inch above ground pool.  This year the little wading pool just wasn't going to cut it, so after a fundraising garage sale, we bought this one.  It's been a major hit with our kids and the whole neighborhood.
The summer sensory issues Zack deals with every year are greatly minimized this year, and I have to think it's mostly due to the amount of time he spends in the pool.
There's still some biting and pinching.  He still gets overwhelmed and overstimulated.  But his legs aren't the bruised, reddened mess they have been for the past couple of summers. 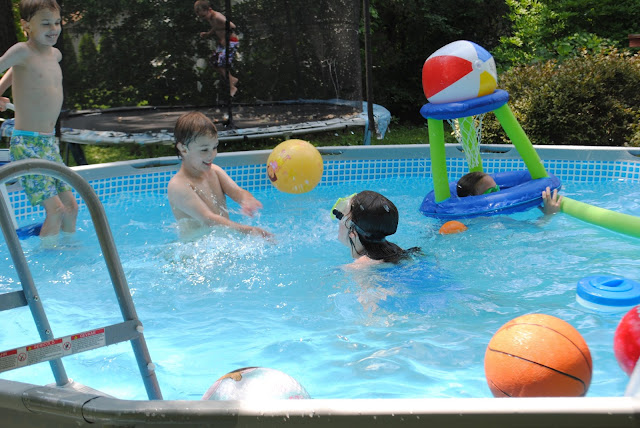 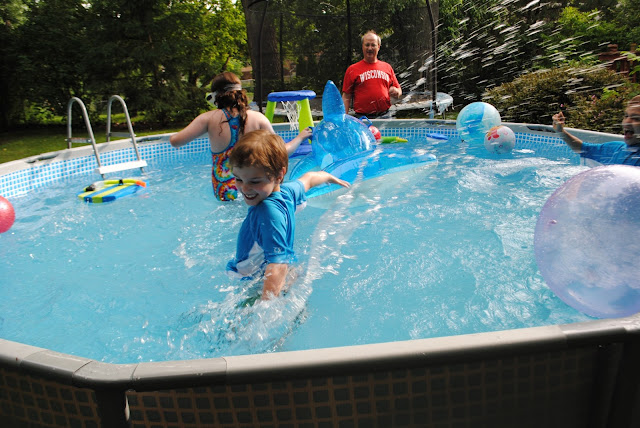 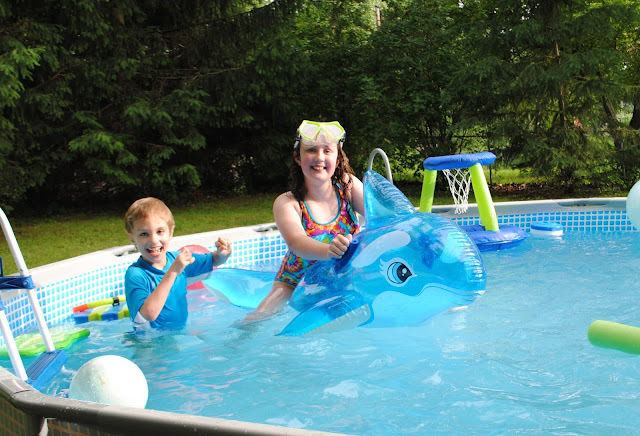 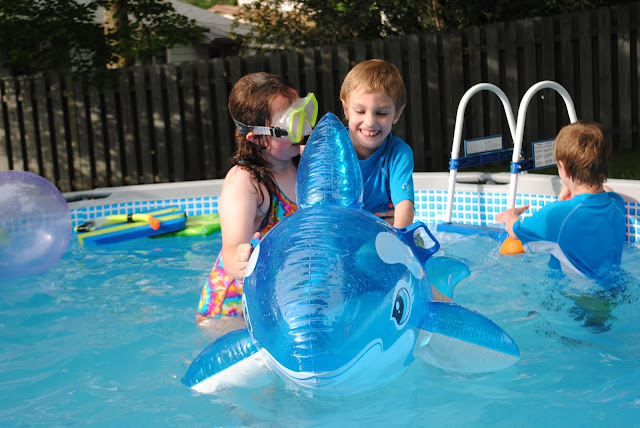 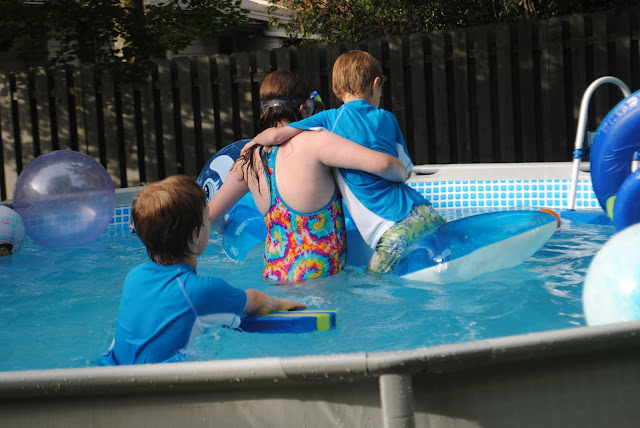 The kids are in and out of there all day long.  The most number of times they've been in and out in one day?  Six.  And I'm learning about chemical balances and pool maintenance and putting a swimming diaper on them because I don't trust them.  They are mostly pull-up trained, (meaning, they are trained to only go in a pull-up, as opposed to only going on the toilet.... I know, backwards.  We're working on it.) but still, when you get in the pool and everyone's splashing and giggling and you're all distracted - things happen.

It's been wonderful for Zack though.  I can count the number of times I've seen him biting his legs on one hand. 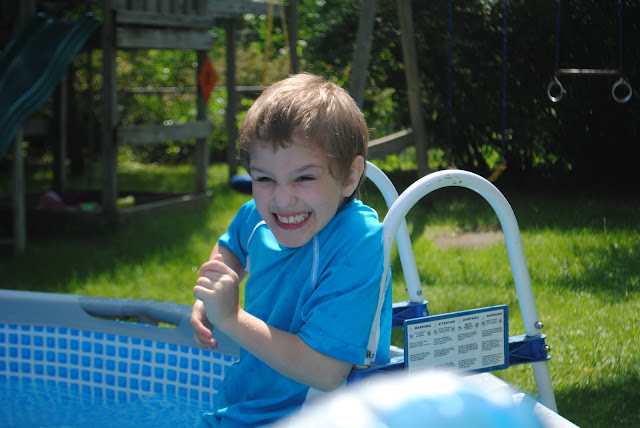 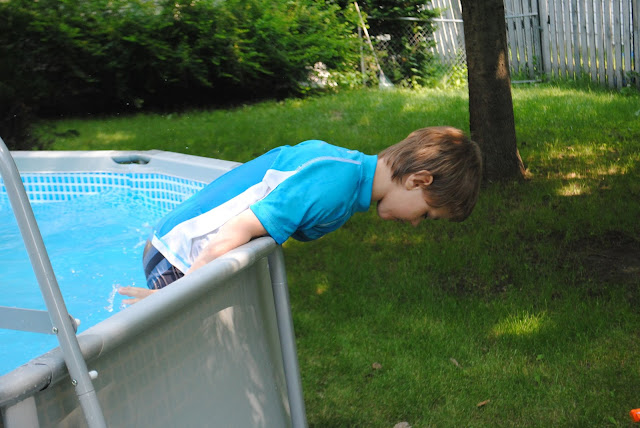 He likes leaning over the edge like this, balancing himself half in-half out of the pool.
And I have a bajillion fantastic pool pictures. 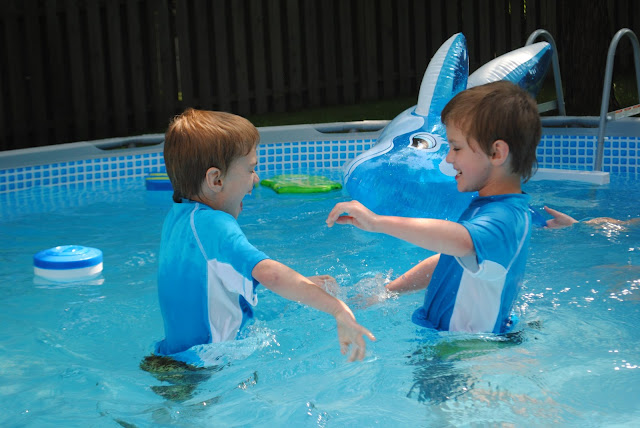 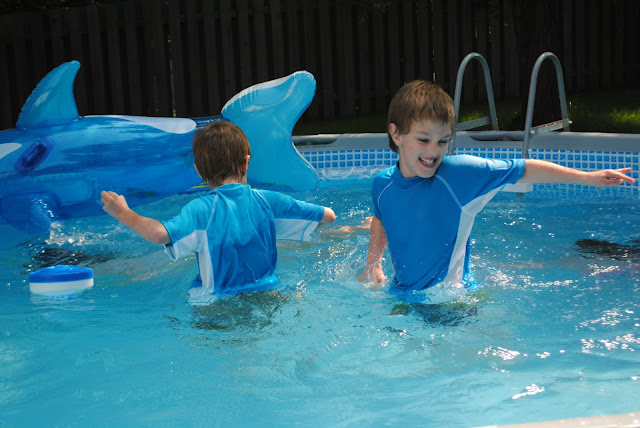 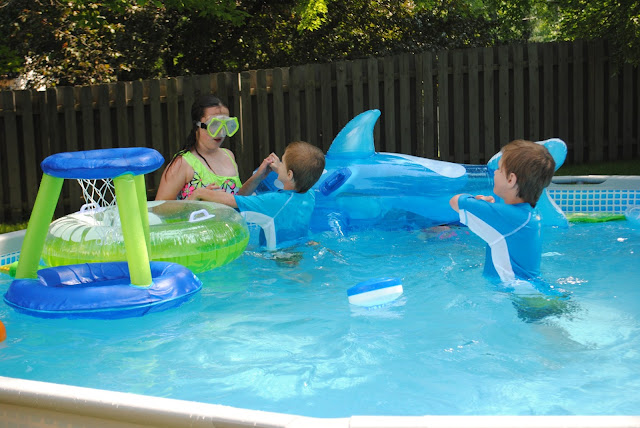 I thought that having to go off the Arbaclofen would be devastating for Zack, and it has been hard.  Suddenly we have to watch the same few minutes of the same video over and over and over, like we used to.  There is one video - "Here Comes a Chicken" by The Wiggles - that we avoid entirely, because he gets so worked up when he sees it.  He works himself up into such a tizzy that if you try and turn off the video or play something else, you are in for at least a half hour of screaming and pinching and biting.
He started a new anxiety med - Lexapro - and it's been somewhat better.  I'm giving it another week or so before I decide, but I think it's been minimally helpful. 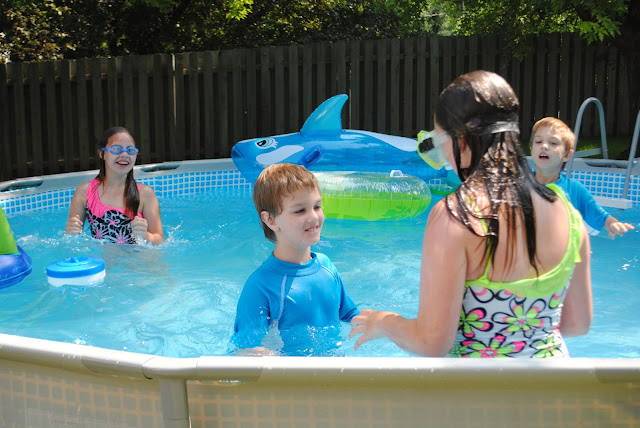 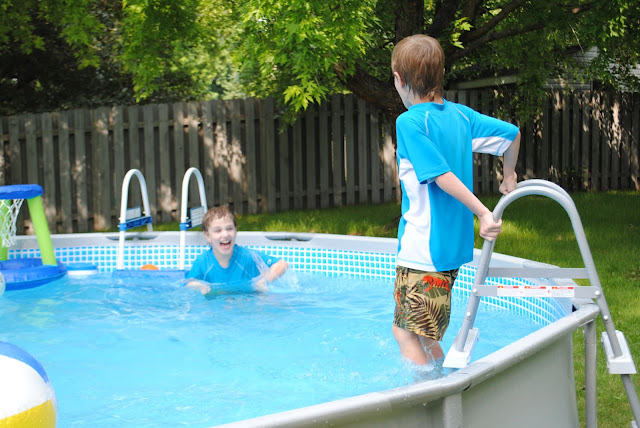 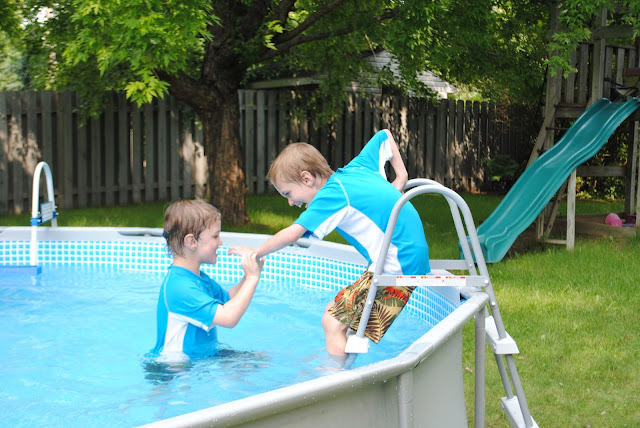 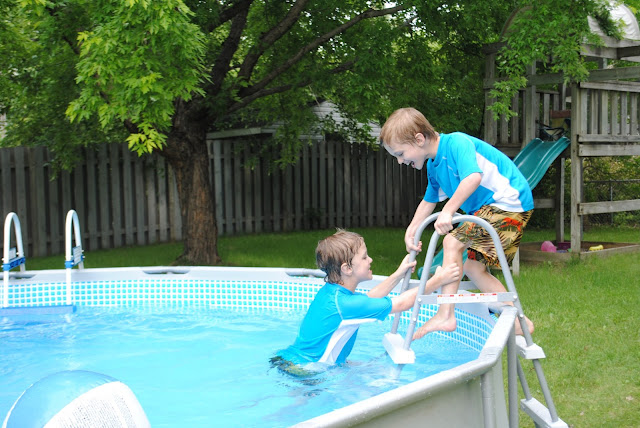 Pinching - getting a little too excited..... 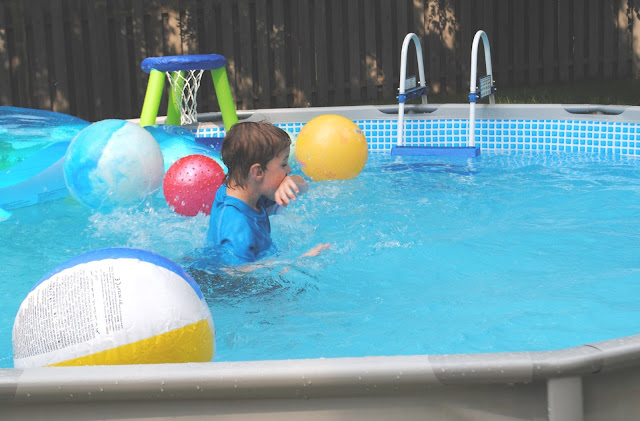 And biting his hand. 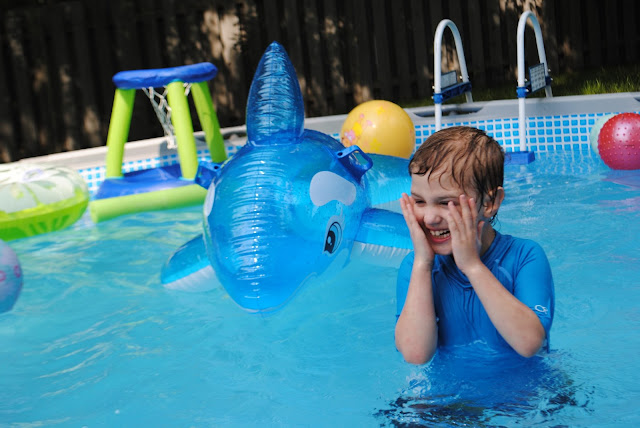 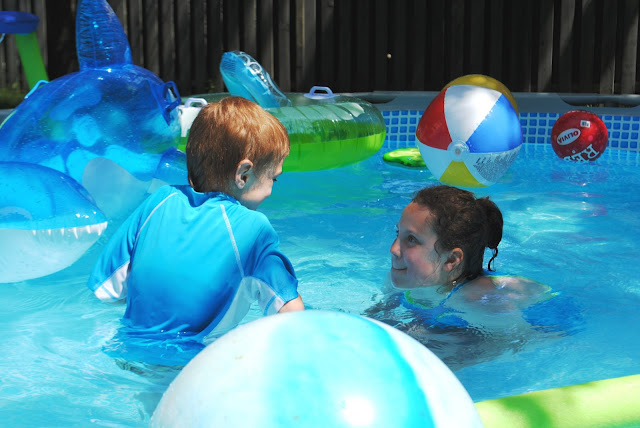 "Phelps and Lochti" (I was going to go with "Spitz and Louganis" but that seemed out of touch with current times...) here are keeping us pool cool this summer.