1.  Zack and AJ can buckle their own seatbelts in the car!  I can't possibly convey the extent of my utter joy in telling them to get in the car, and then just getting into the driver's seat, without bending over each of them to help them with seatbelts!  It is so freeing.  It's one more step toward going to the store like normal people.

(Now if either of them change seats, I'm not sure they'll be able to do it, but as long as they sit in the same seats every time they are in the van, they can both buckle their seat belts all by themselves.  All I have to do is remind them to put down the iPads, use two hands, and focus.) 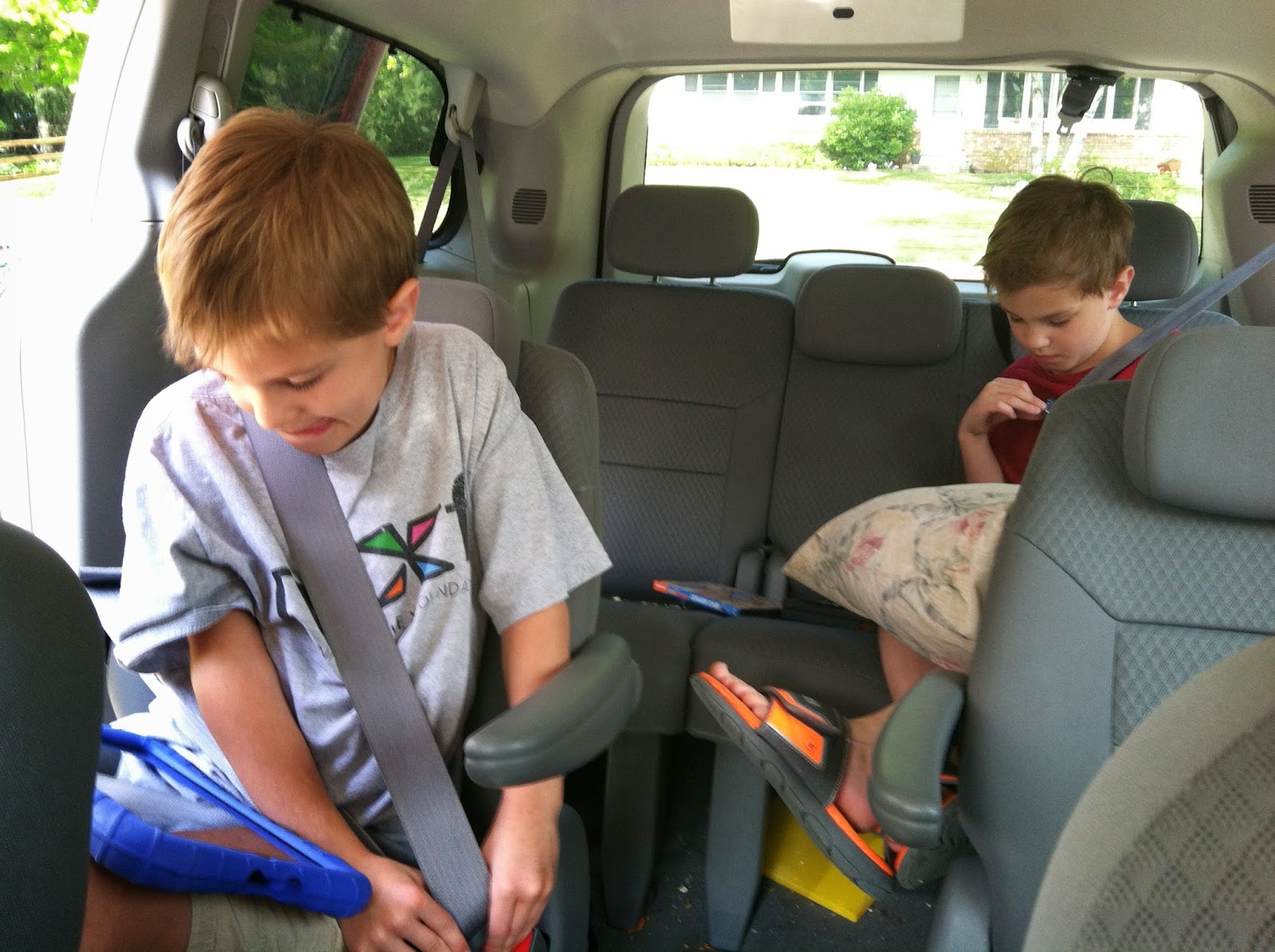 2.  AJ is almost completely toilet trained for #1.  He's gone in there and done his business without being prompted, which prompted me to quit reminding him, which then caused him to start having accidents again... a vicious circle.  But he can do it, and does.  Now, #2 is another story.

3.  Zack has taught himself how to operate the TV remote.  This might not sound like a big deal, but it's like a computer operator finally learning how to type.  Controlling what is on the TV plays a huge part in Zack's maintaining a comfortable routine.  This small inchstone (as opposed to milestone, right Melissa?) has done as much for calming Zack and reducing the amount of screaming as any medication we've tried.

And it's fascinating, watching what he chooses to watch now that he doesn't have to ask for what he wants.  Most of the time he's like any of us, and he's a surfer - he doesn't know what he wants to watch, he just wants to flip through random channels until he stumbles upon something interesting.  Not all random channels, of course, just 289 thru 303- the Disneys, Nickelodeons, Cartoon Networks, TV Land, and Boomerang.  He also sorts through the list of DVRed shows.

Imagine, though - the next time you are bored and channel surfing.  Imagine that you don't know how to run the remote and you have to ask someone to change the channel every time you want to.  How frustrating that must have been!

4.  AJ has become a funny, outgoing little kid.  Okay, he always has been, but he's emerged further from his shell this summer than ever before.  Anytime anyone announces an intention to go somewhere, he jumps up, slips into shoes, and stands by the door.  He wants to go everywhere, with everyone.  He loves running errands and saying "hi" to cashiers.

He's got a new act in his comedy routine, too.  He puts something over his head, covering his face (maybe a blanket but more likely a pair of shorts, or he pulls his shirt up over his face, sticking his belly out) and holds his hands out reaching blinding, saying "I can't see!  I can't see!"

He has learned to repeat the acts that get the most laughs.