Five years ago today, on a cold and quiet Monday morning, the population of Burnsville grew by two. 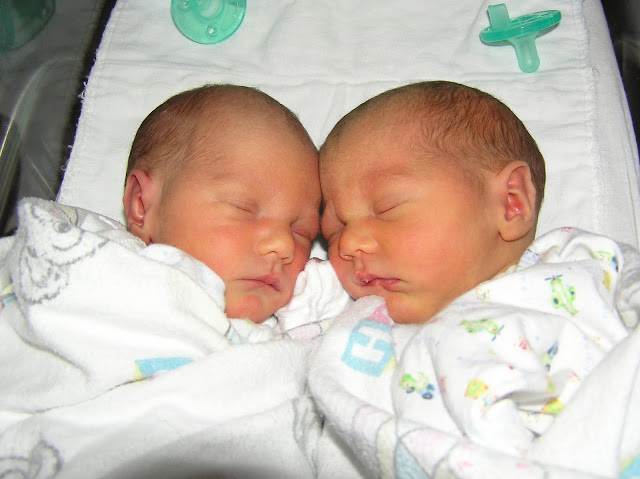 Zack is on the left here -- you can tell because he was 1.5 pounds smaller than AJ, he's the peanut in every picture, while AJ is the big guy with the chubby cheeks. 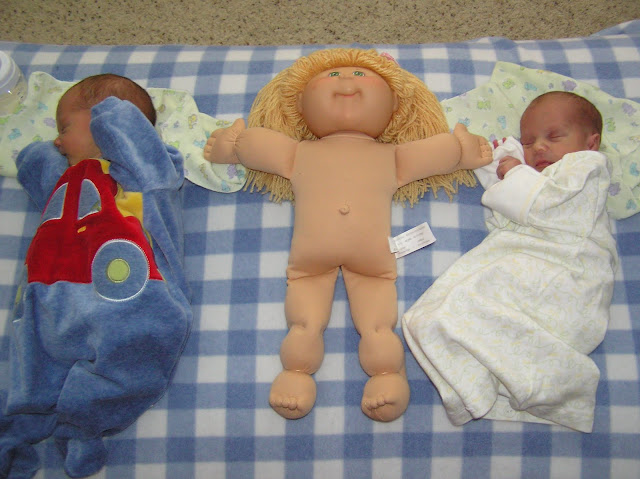 Smaller than a naked Cabbage Patch doll -- well, Zack was smaller anyway.  They both seemed so itty bitty to me, although now I know so many people who've had much tinier preemies, I know they weren't small at all.  They were good-sized twins! 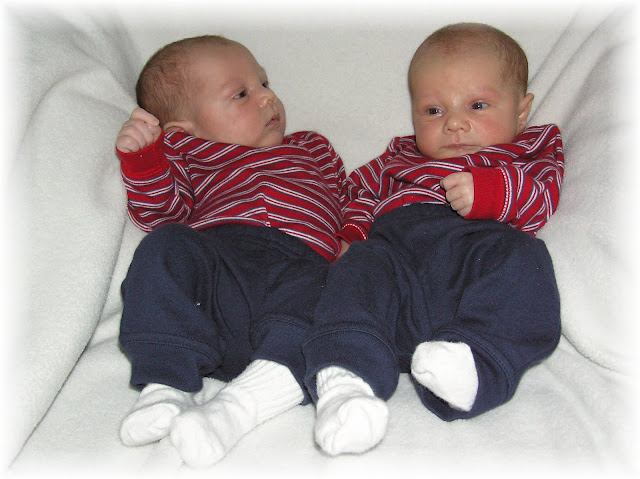 Six weeks old; this is their birth announcement picture.  Those cute outfits were a gift from their Auntie Linda!  Looking back on it now, I don't necessarily think this is the best picture of them, but at the time I thought it was. 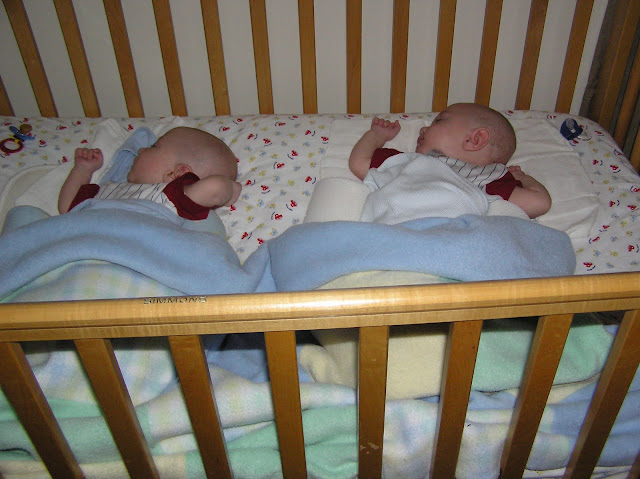 My little boys, showing their identical-ness (identicality?) by sleeping in exactly the same positions.  Aaawwww...... 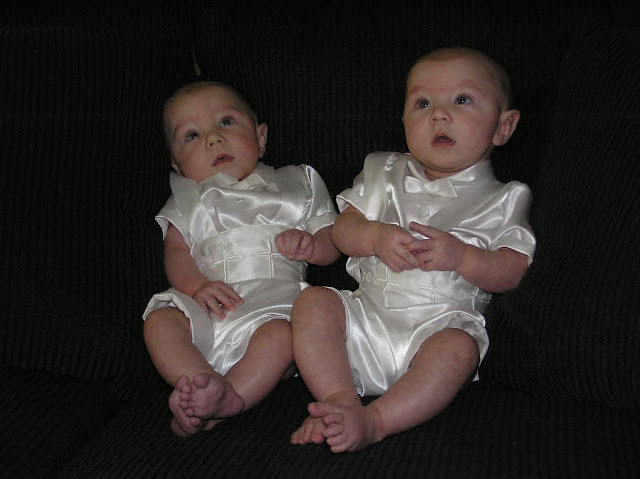 In their baptism outfits -- at 4 months old.  This was a tough day for them, they screamed all through the service.  You know how a lot of babies will be fine at their baptisms, until the water is poured over their heads, and then they start complaining?  These two were the opposite.  They wailed and hollered until the water was poured on them -- that shocked them into quieting down, at least for a few seconds. 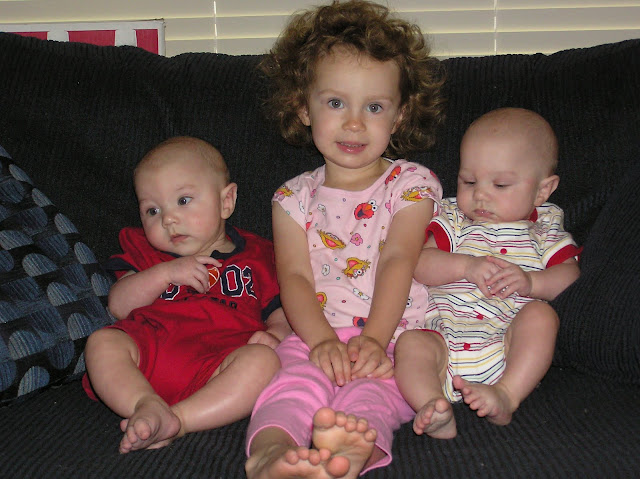 Aliza with her two brothers.  Not sure how old they are here, but it was obviously that first summer -- so they are between 4 and 6 months. 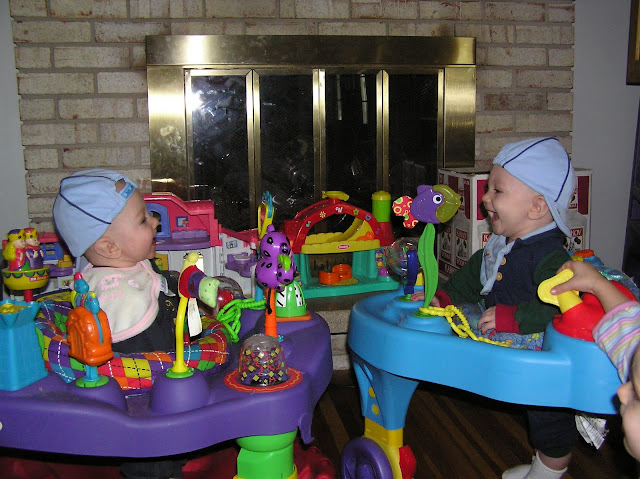 I have just always loved this picture, where they are laughing at each other.
One more: 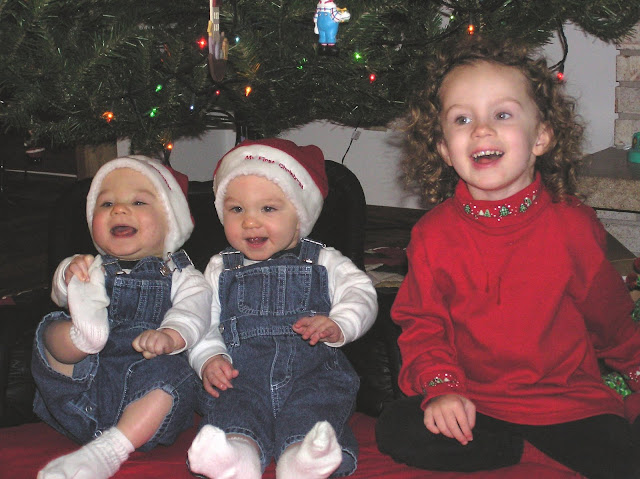 Their first Christmas!  I sure wish I remembered what Mark was doing behind me to get them all to laugh like this.  It must have been hilarious!
Advice of the Day:  Take thousands of pictures of your kids when they are babies.  Because you'll never get tired of looking at them!

Happy Birthday to your little guys! Such adorable pictures.

Happy Birthday Zack and AJ! I can 't wait to celebrate your birthday with you!

Bonnie, I am so glad they had a fun day. You have an great memory. I do remember the birth announcement, I had no idea those outfilts came from me.