Starting the Summer Out Right

My twin boys have an ear infection and pneumonia, one illness each.  Don't they know this isn't the best way to begin the summer?
In other news, here are some pictures from an outing a few days ago (back when everyone was healthy).  We bathed and dressed up the kids and went looking for a pretty park to take some pictures.  The sun was shining, everyone was happy.  We drove and drove.  About an hour later, the sun was hiding, it was threatening to rain, and everyone was sick of being in the car.  So we stopped at this park near Lake of the Isles, which turned out to be super fun. 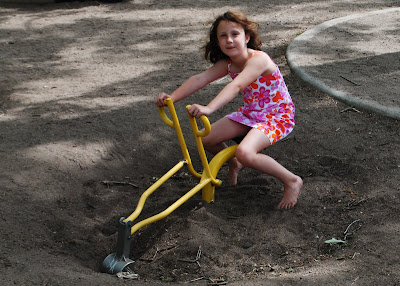 You are never too dressed up to dig in the dirt. 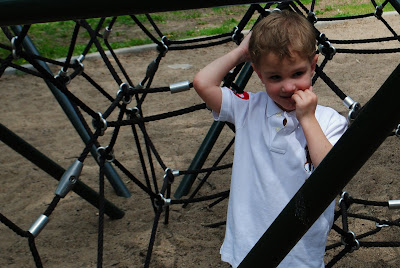 I want to climb up this crazy rope contraption, but I also really want to chew on this nail.... 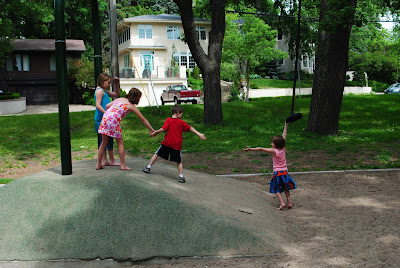 The zip cord was awesome, but the mount for it was a little sand-covered and slippery.  So Aliza and a few random kids formed a chain so they could bring the seat up to the top.  What's gonna work?  Teamwork! 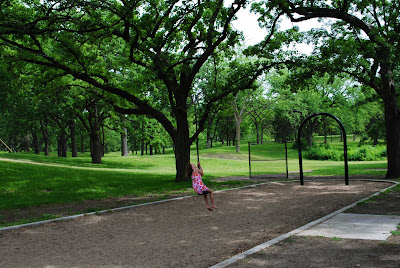 Once you got started through, it was totally worth the ride! 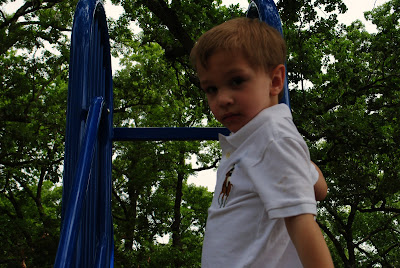 It's nice sometimes to ponder the experience, before actually sliding down. 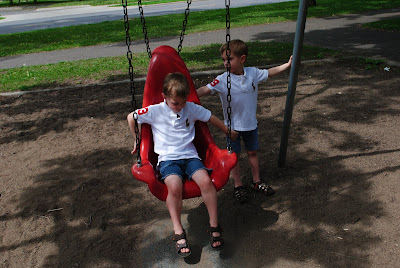 Not really appreciating that "one at a time" rule.
Once we all are back at 100% good health, we'll have more fun outings, I predict.

Email ThisBlogThis!Share to TwitterShare to FacebookShare to Pinterest
Labels: park

That is a fun park! IT is right by my sisters and we have had much fun on the rip cord. The mount is a challenge-maybe it is that way to keep the wimps off. Carolina