It's been 10 days now, and Zack has been a formidable opponent.  He has held his ground and so have we.  He has not once put his mouth on a sippy cup without a strong reinforcer (note the ABA-speak here, people.  I'm converted.).

Can't blame the kid.  He's been drinking from bottles since the day he was born.  Literally.  Actually he had a bottle shoved into his mouth within the first couple hours of life, due to a bit of low blood sugar.  I have a great picture of a nurse holding his bony little 5 lb. 8 oz. self, giving him his first bottle ever.  Unfortunately I can't find it, but I did find this cute one of Aliza giving a bottle to one of the boys, who for the sake of this story, we are going to assume is Zack. 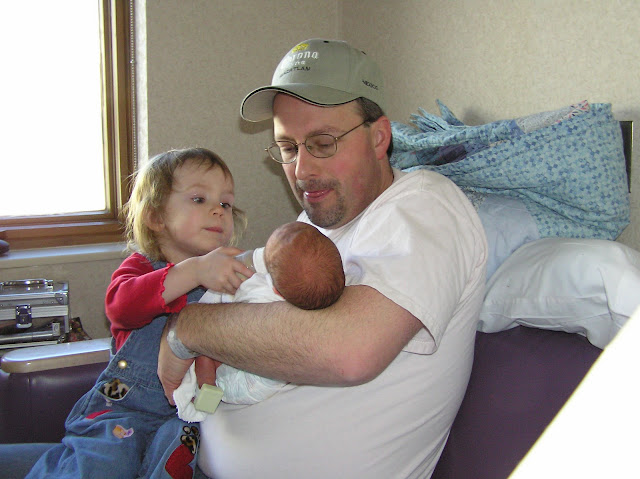 On the other hand, Zack has become quite adept at handling a spoon -- a previously unperfected skill.  Well, I might be pushing it to say he's "quite adept."  He can spoon feed himself applesauce because he's decided it's watery and a good substitute when he's thirsty and sippy cups and regular cups are all he is ever offered.

Oh, this is about to get really really painful, though, because I know what the next step is.
We've been giving him one bottle in the morning, with his chocolate milk and his liquid multivitamin in it.  There are two reasons for this; one, I'm really anxious for him to take that multivitamin, since he has never in his life willingly and knowingly consumed a vegetable, and two, I wanted him to have that milk in his belly before he goes to school so he's not hungry/cranky for his teachers.  As we all know, hungry and cranky are hand-in-hand best friends so I like to keep them out of Zack's life, if possible.  He has enough troubles.
So what I'm going to have to do is eliminate that morning bottle.  That one last bottle he's been clinging to for dear life.  It's going to be loud.  The screaming, I mean.  His, I mean.  Mine will be all in my head.  Maybe I'll get the video recorder out so I can post it here and you can all share in the torture.

Stay strong! And maybe use an iPod.

YOu are amazing! You can definitely do this!!!