It's been a long, hot summer.  We barely held on. 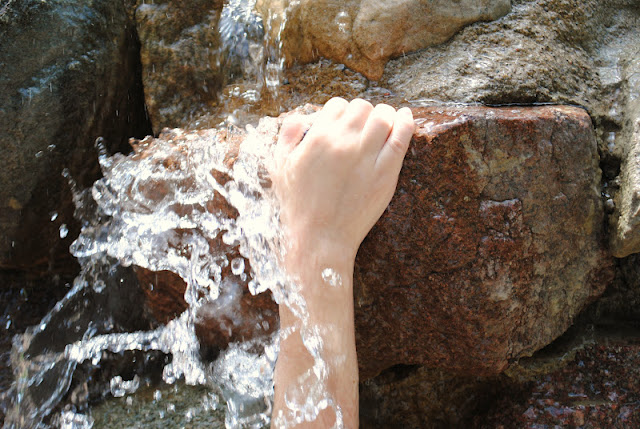 But we made it - the humidity has broken.  It's 56 degrees this morning, and guess who is completely calm and not biting, at all?

I spent all summer thinking, is it really the heat?  Or could it be something else?  Some allergy?  Some vitamin deficiency?  A fabric sensitivity?  I don't think so.  The relief Zack feels when the humidity and heat dissolve is obvious.

(And Zack's calm demeanor this morning is the reason I have time to sit at the computer and type this up!)
I have tried brushing Zack a lot - a couple of hot, humid weeks ago Zack's occupational therapist at Courage Center suggested that maybe he needed more brushing.  So I had been doing it every day, several times a day, up until yesterday when Zack abruptly grabbed the brush out of my hand and threw it across the living room.


I'm trying to love all this time with the kids, but like every summer before this one, by August, we've done it all. All the summertime fun-ness has been had. Every park looks just like the one we were at last week. Swimming is still fun, but we are done with it in less time than it took to pull swimsuits on.

Aliza comes running every time the mailman comes down our street. Any day now, the letter revealing the name of her teacher will arrive.  It's almost that time. 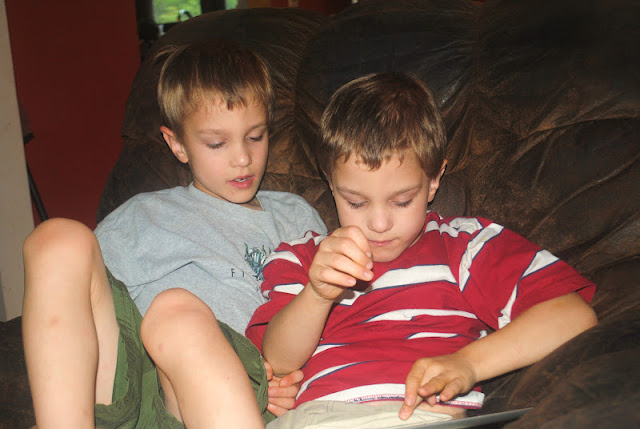 One thing that blows these summer doldrums right out of the water, though, is the love and kindness of neighbors.

Our neighborhood has always had a party for National Night Out, now known as Night to Unite.  This year, though, the lady who coordinates it couldn't do it, and no one stepped up to take her place.  A lot of the kids were sorely disappointed, my own daughter included.

So a couple of moms decided to throw a party next week, a belated Night to Unite.  We are gathering in a neighbor's driveway, and they are going to sell root beer floats for $1, and the flyer says they will donate the proceeds to the National Fragile X Foundation.

I'm always surprised at how touched I am by things like this.  Unexpected gifts.

Our boys aren't out and about the neighborhood much.  I try to get them out, but they don't mix well with other kids.  It takes a lot of effort to get them to even be in the same driveway as their peers.  Especially when it's 100 degrees and humid, and Zack would just as soon sit down and bite the skin off his legs.

At least he's only biting himself.

Anyway, part of what's so nice about this is the fact that I'm always wondering just how much our neighborhood knows about Zack and AJ, and their disability.  It's hard to be out, but if we aren't out, we can't expect anyone to know or understand them.  I always tried to bring them out to the Night to Unite party, at least for a short while.  I missed being able to do that this year.

Evidently, they understand much better than I thought they might.