My Favorite Moments from the Minnesota Fragile X Picnic 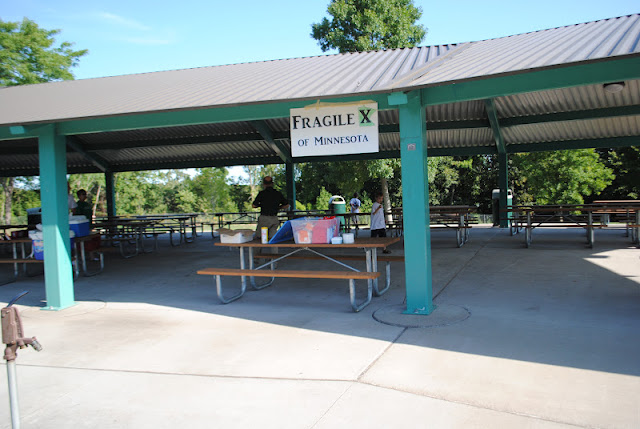 Our second picnic went so well! I really feel like we are getting a cohesive group together in Minnesota. It's very exciting to see people come together and feel such a close bond, almost right away. And there's so many more of us than I thought, back when the twins were first diagnosed. I think I went a year after our diagnosis, before I saw another child with Fragile X.

It doesn't feel as rare, anymore. When I meet new people and have to explain the boys, I tend to say they have "Fragile X Syndrome?" I say it in a questioning tone, because I expect that the person I'm telling won't have heard of it. Well, I decided this weekend, I'm not going to do that anymore. I'm going to say "They have Fragile X," matter of fact, as if it were as common as autism and I expect everyone to be aware of it. We aren't as few and far between as we used to be.

Mother Nature decided to grace us with a gorgeous day on Saturday. We couldn't have hoped for more.

Here are some of my favorite moments from this year's picnic: 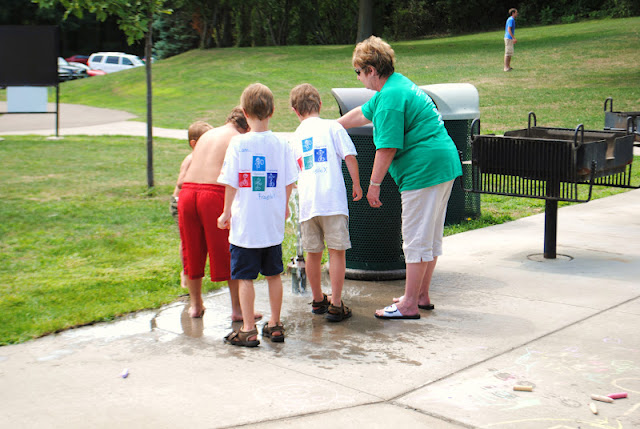 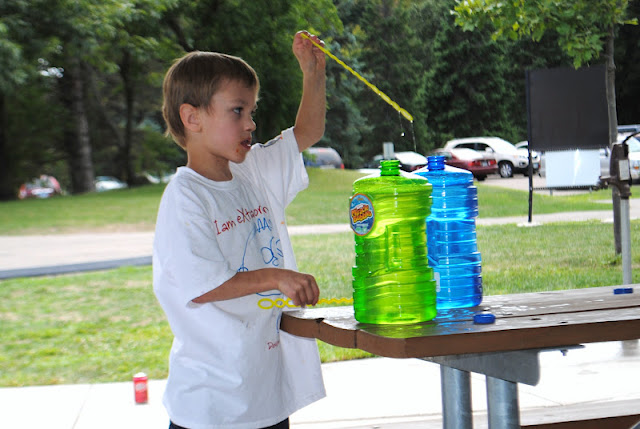 I love this group.  I went home exhausted but thrilled that it had gone so well.