Working up the nerve

We decided to bring the whole family to the Burnsville Fire Muster this afternoon.  It's a little local carnival and firetruck celebration.  It's right down the street from us, so we end up going almost every year.

We knew we wouldn't be staying long with the boys, so I debated.

"Should I bring my camera?"

Mark rolled his eyes a bit and said "You know if you don't, you'll wish you had."

And of course he was right, so I flung the strap around my neck and off we went. 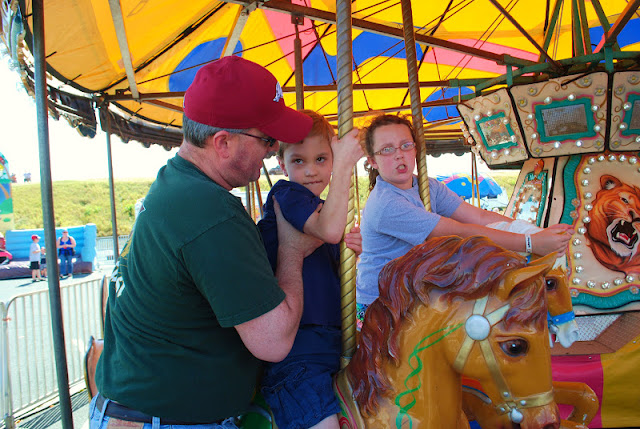 AJ stared longingly and kept trying to break free of my hold to run over to see the Merry Go Round, so I asked him "do you want to ride the Merry Go Round, AJ?"  And he replied "Yes!" with enthusiasm.  So we got some ride tickets and he chose a horse right next to Aliza.  For a few seconds.  Then he switched to a bench. 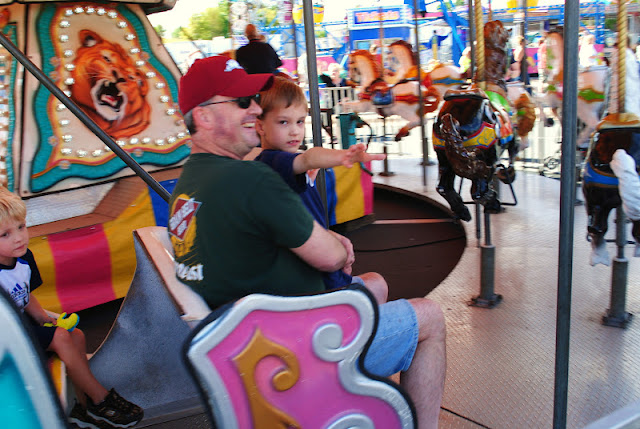 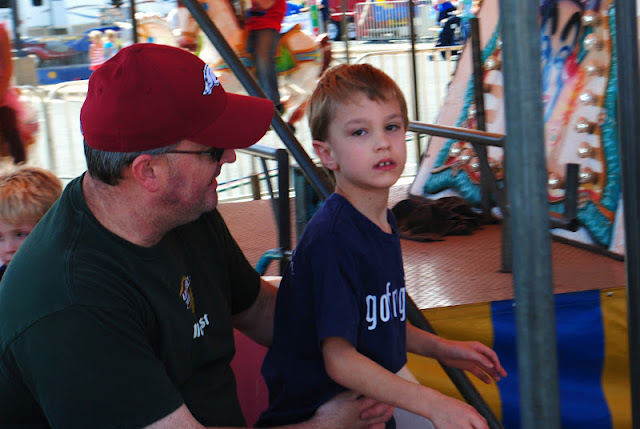 For some reason once he was on there, it didn't seem to thrill him.  You know what was great, though?  Watching Zack take a turn. 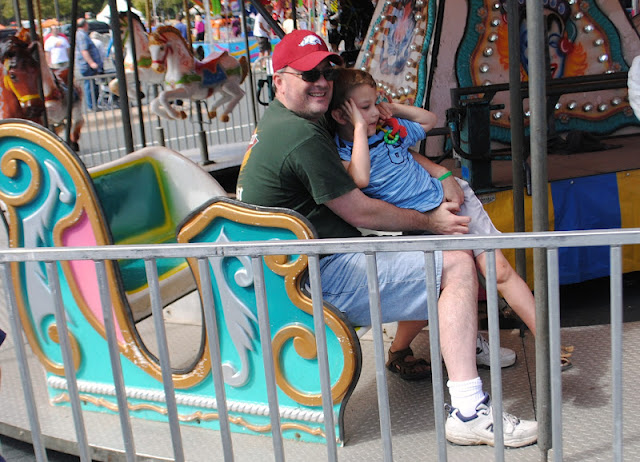 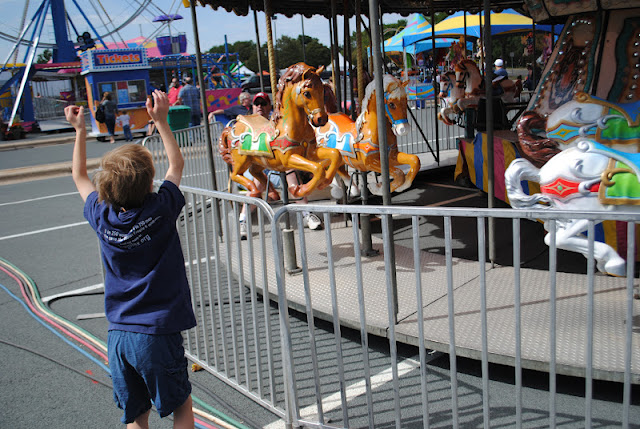 Zack was at his limit of fun after that, so he and Mark went home.  AJ, Aliza and I stayed awhile and Aliza and I got brave and thought we'd see if AJ could handle this big pirate climbing contraption.  It was all ramps to run on, rope ladders, slides, and places to jump.  All things AJ can do.  So we handed over ride tickets and gave it a shot. 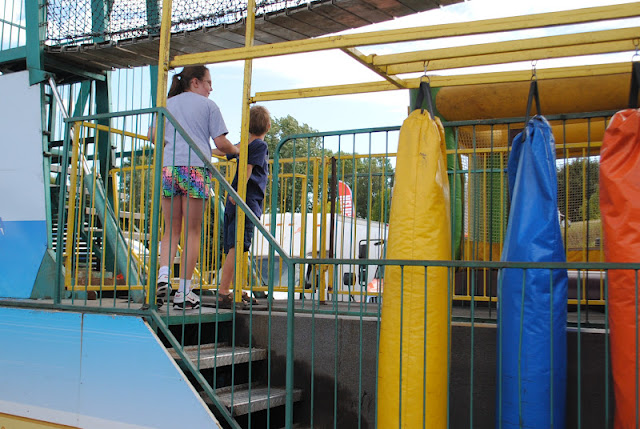 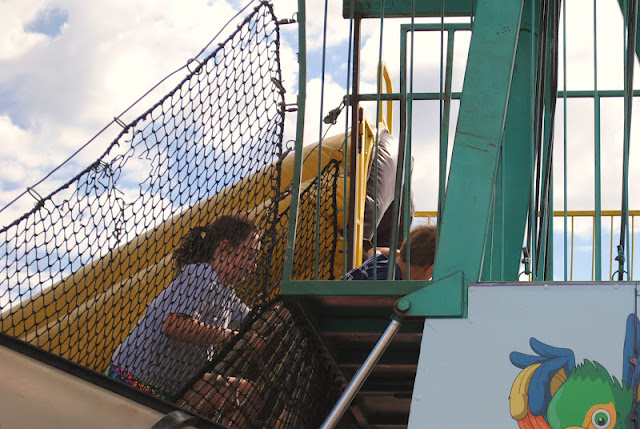 But after he got to the top of this rope ladder, AJ got kind of stuck.  He couldn't bring himself to go down the slide.  He wanted to badly, and he watched a dozen other kids slide down, but every time he got near it and Aliza tried to help him, he backed out.
She tried forcing him to go down the slide, because we both knew he'd love it, if he'd just DO it.  But he's wily and slippery when he doesn't want to be caught, and he kept wiggling away from her.  So I went up there and tried to get him to come back down the rope ladder to me.  He couldn't do that either.
So my resume of special skills now includes climbing a rope ladder with a giant camera dangling around my neck and holding my wallet in one hand.  It was a little more adventure than I'd planned on.  But I managed to drag him back down the rope ladder.
The rest of the time we were there he kept looking back, saying "slide?"  I knew he wanted to do it, but it's not like we were at the neighborhood park - he can't just bounce around up there for half the afternoon while he works up the nerve to do it.  When you pay to go on these things, they kind of want to you hustle through, and make room for the next paying customers.

I felt bad for him, but he later he picked a rubber ducky from a big pool and won just that - a rubber ducky.  We walked home and he held up his prize and announced repeatedly, "Look, I got a duck!"
So I think he was happy.