Fragile X in the (local) news

Here is the link to the news piece that our local ABC affiliate, KSTP did on Fragile X yesterday:

I thought they did a terrific job with the story!  It is sometimes surreal to hear about Fragile X in a huge public arena.  Fragile X is so personal to me that hearing it mentioned on the news is startling, even if I'm expecting it - like hearing my own name.  Which, incidentally, was also on the news!

The first conference I went to, or the first time I heard Dr. Berry Kravis or one of the Hagermanns talk about Fragile X in an online video, it was the same way.  It's like, hearing them say the words Fragile X, words that I usually only hear myself say, is so.... personal.  Like how can they know so much about something that is my world?

Because it's not just my world - and that's why it's weird to hear Fragile X referred to as "rare."  It's not rare, in my world.

And I kind of wish they could have avoided the word "rare," when describing it.  I think some people, when watching the news, hear that they are about to talk about something rare and they disregard it.   Maybe not consciously, but right away at least their subconscious is going to think rare -- equals -- not important.  Mentally, they think, I can just half pay attention here, or maybe not at all, because this is rare - doesn't pertain to me or my world and never will.

I wish he would have led with that comment he made at the end of the segment, about how 1/2 of all people with Fragile X also have autism.  Autism is a keyword that would have gotten attention right away in the broadcast.   Everybody knows autism is an epidemic.  Instead of saying you're about to talk about a rare disorder, say you're about to talk about a disorder closely related to autism. 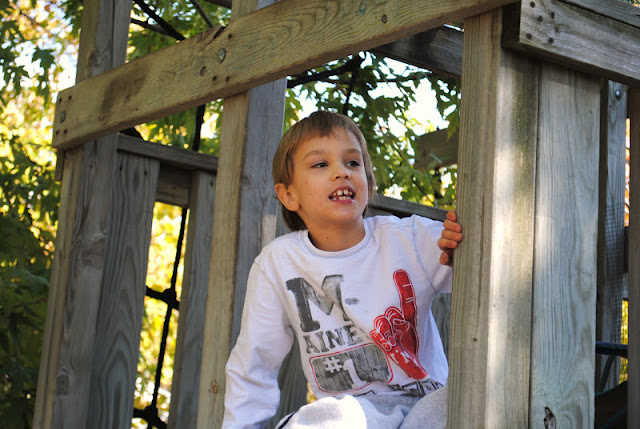 Because as much as I want the whole world to know about Fragile X, I know that they have to have a reason to care.  Everybody is busy, and the news and social media constantly harass us with illnesses and causes and stories we should care about and support with our time and money.  We have to give people a reason to care about Fragile X, and I think tying it to autism is the key to that.  If they hear that it's rare, they might think - it's not epidemic - so it's not worth spending time on.  My cute kids alone are not going to make them think it is.  We are only human.  We only have so much time and attention to pay to things.


I am so glad we got to do that, though.   It felt wonderful to tell the whole state about Fragile X and the promising drug trials going on right now.  I only saw it once on the news last night, but friends tell me it aired later on the 10 o'clock news, and this morning again at 6.  I'm thrilled it got so much air time!

Email ThisBlogThis!Share to TwitterShare to FacebookShare to Pinterest
Labels: autism, awareness, Fragile X in the news