Iowa for the Weekend

I think I have some evidence of the Arbaclofen drug trial being successful for us.  Or at least, beneficial.  On Saturday, Zack jumped around in a bouncy house with a bunch of other kids and he didn't pinch or bite anyone.  We watched him climb in there with the other kids, and were nervous; we hovered around the bouncy house, watching him mingling with the other kids.  Aliza watched him too.  But he was fine.
We attended a gathering of the Heartland Fragile X Alliance in at the home of a Fragile X family in Boyden, Iowa this weekend.  It was out at a farm and it was something of a Fragile X child's paradise; wide open spaces, no walls, highways, hills, bodies of water, or buildings in most directions as far as the eye could see.
I didn't even realize how citified I've become until I was out at this farm where the land meets the sky with nothing in between.
I didn't even realize how little you can see of the sky, at home.  It's not like our neighborhood has skyscrapers, but we are close enough to the big city that I almost never see stars.  Maybe a few.  Just the biggest ones. I don't know.  I don't even really look up anymore.  How sad is that?  I'm very engrossed in my own little space in the world.
It was good for all of us to escape the city. 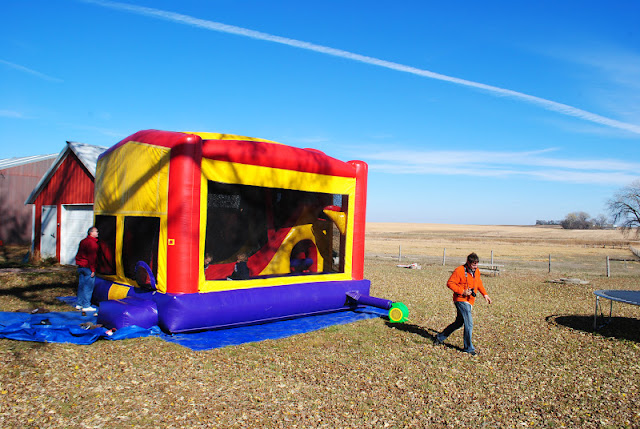 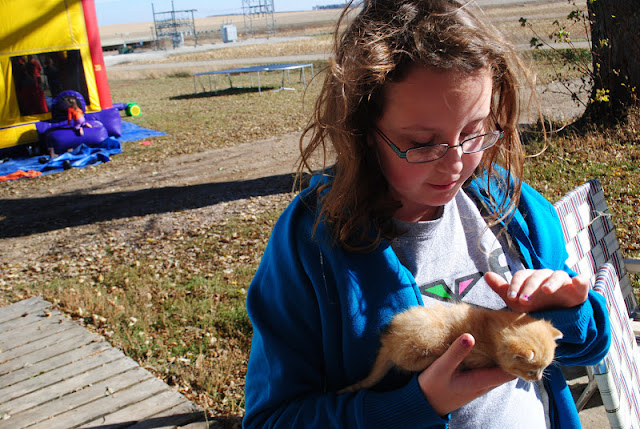 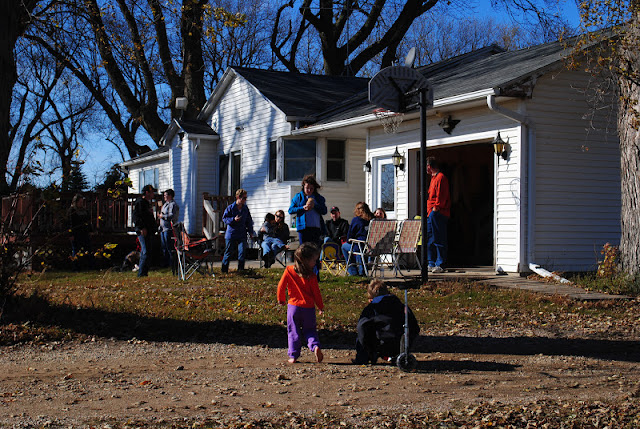 I was struck with the differences in our big city way of life, compared to these tiny communities.  I wondered how one raises a child with special needs, when one lives in a town of only a few hundred or even thousand people?  We are so spoiled.  Sure, we have to drive to Chicago to be a part of the drug trial, but I drive only a mile or so to get professional private speech and occupational therapy.  We had a variety of excellent ABA therapists working with our boys almost daily for 3 years.

In a town of 3000, how many trained therapists are there to pick from?

I can't imagine getting a diagnosis like Fragile X Syndrome and living in such a secluded area.

Yet, all these kids seemed to be doing great. 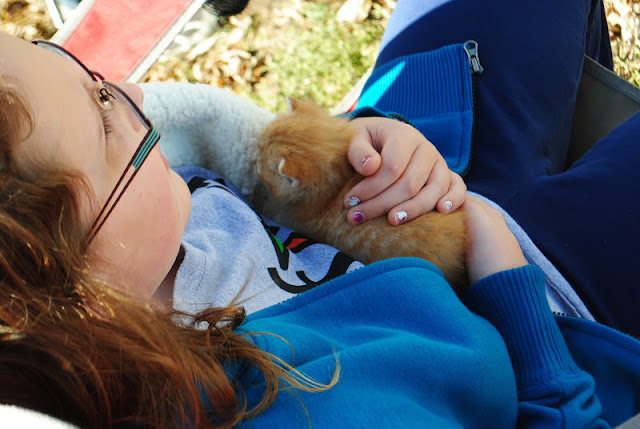 It makes me think.  Isn't all this early intervention therapy my boys are getting supposed to help them be more tolerant of people and noise and unfamiliar places (which, granted, they are more tolerant than they were a couple of years ago)?  Doesn't all this early intervention that we are so lucky to have access to ensure that our boys will be less "Fragile X"y and less autistic?


Because they aren't, as far as I can see, doing any better than the small town kids without access to all the fancy, expensive therapy.

Maybe the benefits are more long-term, and can't be seen by the naked eye, quite yet.  Who knows.

What I do know is, a lot of those kids handled the party a lot better than Zack and AJ did.  Maybe it's in the parenting styles.  The Fragile X parents there we all so laid back.  They didn't seem to hover over their Fraggles as much as we did.  Maybe none of their Fraggles have ever been known to leave bite marks on other children.

I wish I could stop comparing.

The boys did much better than they would have even just one year ago, though.  That's why I attribute credit to the Arbaclofen.  Zack ran around in that bouncy house with a bunch of other kids for a good hour and didn't reach out to anyone.  A year ago I could never have let him in there.  I'd have had to follow behind him, bouncing along.  Which my 42-year-old ankles and knees would not have appreciated.

And of course, this road trip involved a hotel and a pool, which are two of our favorite things lately. 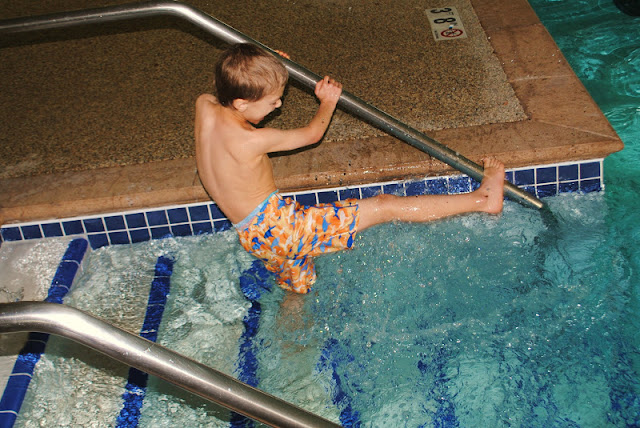 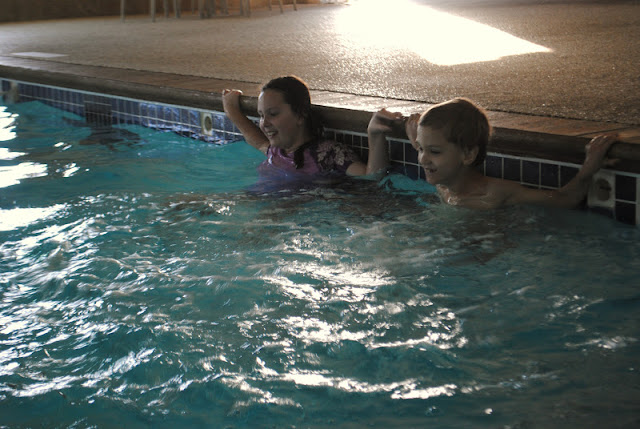 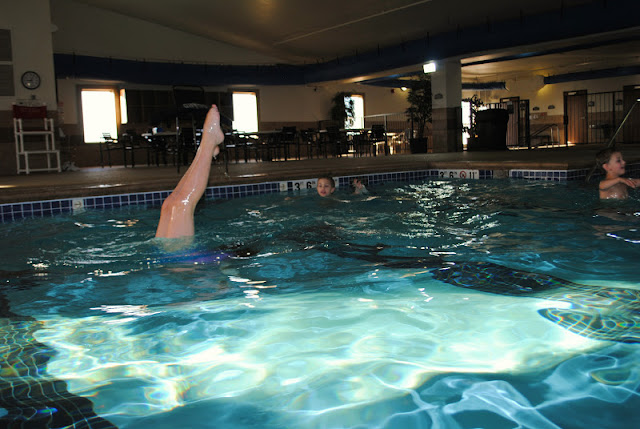 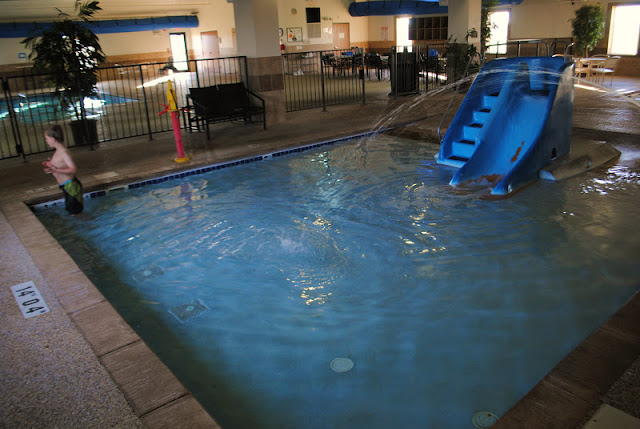 Largely, Zack still prefers to hang around by himself.

Maybe, if the Arbaclofen continues to help Zack be relaxed around other kids, we will be able to relax a little more in social situations, stop hovering over him, and allow him to blossom and maybe even make friends.

I was thrilled to see some friends from the Fragile X world, and to meet some new ones.  For me, a big part of being successful as a parent of Fragile X children is not feeling like I'm the only one.  I love being in a place full of parents and friends just like me, and kids just like mine.