This article was in the Minneapolis Star Tribune last Sunday.  Front page.

I read it with quiet discomfort.  To me, it sort of implies that people with disabilities should still be institutionalized.  Maybe you'll disagree with me, but read it.  I know it's long.  This article points out several times that the kids that are costing the school districts the most money are kids who would have been put into institutions for the mentally handicapped back before the 1970s.  It leaves the reader to decide whether getting rid of the institutions was a good idea, with the obvious implication that it wasn't.

I have this uncomfortable feeling I live in a city that thinks its schools are wasting money taking care of kids with disabilities who won't amount to anything.  I spend so much time and energy trying to create awareness that people with disabilities are influential, productive members of our society.  There are numerous examples of people who would have been raised in an institution and neglected and never realized their potential, if not for a few caring parents and educators.  Do the names Carly Fleishmann and Temple Grandin ring any bells?

The rising cost of special education is only one small aspect of how our society changed after we stopped viewing people with disabilities as lesser-than, and started to see them as equal citizens who deserve a chance to succeed.  Yes, it will cost more to educate them in public schools that are built and organized especially for children who are typically learning.  The percentage of kids in public schools who are typically learning is smaller than it used to be, and our schools and our attitudes need to catch up with our changing society.  Not every child behaves or takes in information in the same way, and we have to stop treating them like they are cookie-cutter cutouts of each other.

I find it a little irresponsible of the reporter and the Star Tribune to publish this article.  I'm afraid it'll create a backlash against kids who have disabilities that sometimes include violence. 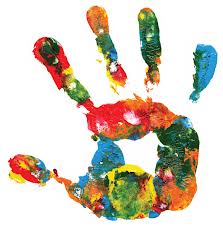 Actually I think violence is not the right word for it.  Because "violence" would include malice.  And these kids are not malicious.  I've said it again and again.  They aren't trying to hurt anyone, they are defending themselves against a world that is completely different from what we see.  They are trying to find a way to cope with the intense, stressful, and painful things they see, hear, smell and feel every day, sometimes all day long.  The passive, predictable world that many of us live in is not the same one people with autism see around them.

Today, the notes from school say that Zack slapped a teacher across the face.  Do you have any idea how bad that makes me feel, Star Tribune?  My kid is sometimes prone to "violence."  I don't know what precipitated it, but I do know Zack didn't mean to hurt his teacher.  He loves his teachers.  I've seen him act out physically, and then I've seen his extreme remorse.  He feels terrible when he does something he knows displeases the grownups around him.  I'm hugging him extra tight tonight, knowing he had a challenging day at school.

I know my school district spends a lot more money on my disabled boys' education than on my daughter's.  I didn't choose for my family to be this way.  I didn't choose for my boys to deal with bodies and minds that don't respond or mature properly.  By the luck of the draw, I happen to parent a couple of the kids they are referring to in this article, and I find it dangerously one-sided.

Thank you for this! I read the article and felt the same way. The days of unbiased journalism are gone, I'm afraid.
I am a student at Century College as well as a mother of an autistic son just entering the public school system. I am working on a project in my PoliSci class that I can loosely state like this:
The number of children in MN being diagnosed with autism is still rising. What can our schools do to fund this? What problems currently exist due to lack of funding? How, besides cross subsidy (taking from the general education fund to use for special ed since the federal government is not living up to it's duty to fund the majority of special ed costs) are our districts dealing with this?How is this affecting parents and students?
I am appalled at the lack of reports, articles, and studies on this subject. The state must find ways to solve this problem.
I'd appreciate any comment you have on this, or any ideas you have as well as ideas to fix it.
Thank you,
An