Gabrielle Giffords knows what it's like to be nonverbal.

She has firsthand knowledge of how frustrating life is when you can't communicate.

I haven't read the book her husband wrote, that just came out last week.  I just read the excerpts in People magazine.  But a few words and phrases just jumped off the pages at me.

"...until Gabby was injured, I'd never once considered how disabling it is to not be able to speak."


This is the case for most of us.  I don't think any of us who haven't experienced it can consider fully what it would be like not to be able to speak the words that are in your head.  Gabby knows.  And Mark has had reason to consider it.

"If people can't ask questions, it's not always easy to have a conversation with them.  You don't realize that until you spend your life with someone unable to ask a question."


Think about how much mental effort goes into asking a question.  The process.  You have to wonder something.  You have to have the forethought to realize there is something you don't know.  Then you have to be able to formulate that thought into a phrase made up of words that will induce the other person to tell you what you are wondering.  It's complicated brain activity.


"She had tried to speak and couldn't.  She had just figured out that she was trapped.  Trapped inside herself.  Her eyes were as wide open as I'd ever seen them and the look on her face was one of absolute fear.  I could tell what she was thinking: that this was what her life would be like from now on, that she'd never be able to communicate even the simplest word." 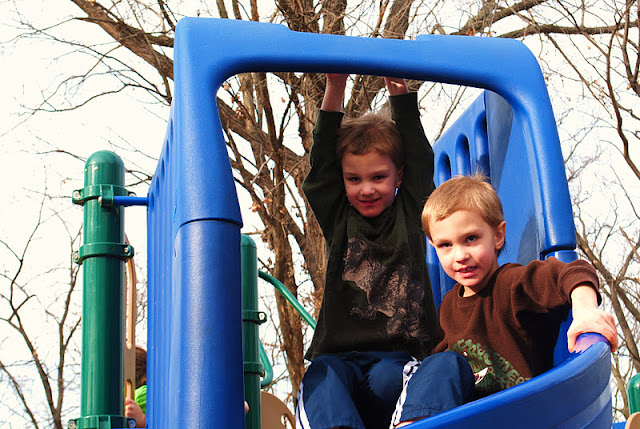 These guys know.  Actually, they don't really comprehend it the way Gabby does, because it's all they've ever known.  Every day they get better at communicating, though.  They make requests, but I'm not sure that's the same as asking questions.  It's not the same as wondering.  Maybe it's a baby step toward wondering.

I guess I just have a newfound respect for my ability to communicate.  Everything -- all the workings of our bodies and minds that are normal, typical -- we take it all for granted.  The fact that most of us are able to communicate -- to think of questions, pose them and answer them, is such a miracle of the human brain.

Email ThisBlogThis!Share to TwitterShare to FacebookShare to Pinterest
Labels: communication, Gabrielle Giffords, in the news, talking