A couple of months ago we got an iPad.  Before we got it, I spent some time researching and debating whether to get an iPad or one of the other tablets out there.  I didn't want to give in to that concept that Apple has created the best tablet, and all the others are imitators.  Plus, I feel like I'm chained to iTunes with my iPod, and I hate that.

But it came down to autism apps.  The iPad has the most autism apps, and everyone who had one told me it was the only way to go, if you really wanted to be able to use it with your kids.

So after saving up for several months and then getting some money for my birthday, one day I went to Target and picked up a few groceries and an iPad.

All those folks who advised me weren't wrong.  Searching for "autism apps" in the App Store on the iPad brings up 500 apps, which I think is the maximum it can show for one search.  In actuality, I've read there are over 100,000 apps for autism available for the iPad.

It can be pretty overwhelming, but thankfully there are a bunch of places online to find lists of great iPad apps for autism.  Just try googling it.

Here are a few that we've tried, and our experiences with them.

SUPER WHY!
Our absolute favorite.


Our boys are big fans of the PBS show Super Why.  In this game, you can select any of the four characters and play four different word games.  This has been the most popular app with the kids, so far.  It was $3.99 and worth every penny.  I know it's because they were fans of Super Why first, though.  If there weren't recognizable characters, neither Zack nor AJ would want to play it.

SW Paint
I bought this one for $3.99 also, just because it is a Super Why app, but nobody likes it.  The boys aren't interested in coloring, and even Aliza gets bored with it.  I knew they weren't big into coloring, but hoped that the Super Why theme would get them interested.  Not so much.

They love it because it just shows videos.  But at least they are PBS videos, and they are brief little clips, encouraging quick action to show another video.

Both boys have gotten into this one.  We started with the free version, which has activities just for numbers 1-3, and they liked it so much I splurged and bought the full version for, I think, $2.99.  It consists of games and simple activities with numbers 1-10.  For example, touch the "10" and you get a bowling ball and pins.  Touch the ball and watch it roll down the lane and knock down all the pins (it always gets a strike).  Then touch the pins one by one, and they number off 1-10.


This is an app the boys enjoy, although I have to really strongly entice them to play it.  Once we get it going though, they like it.  You just pick a letter and then there's some words and very simple actions to go with the letter.

I think in a few months this might be a very fun game for Zack and AJ, but right now it's just a little advanced for them.  It's a game for up to 4 players, and a picture of an object appears in the middle of the screen.  Then, each player has 4 buttons with words to choose from, and one of them is the correct name of the object.  The first one to touch the button with the correct word gets a point.

And they aren't all words that appear in the top 300 sight words list.  They are words like "motorcycle" and "octopus."  So, easily recognizable items, but not necessarily "sight" words.


Uzu is so simple.  It's just a screen full of tiny colored lines and dots, like confetti or fireworks, and anywhere you touch the screen, the lines and dots swirl and rotate, creating visually thrilling, constantly moving patterns. 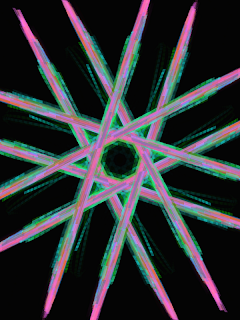 You can change the settings to make different colors and patterns appear.  I think it was 99 cents.


This is basically a book with some interaction involved, but not required.  Both boys enjoy it, but it's never been the favorite I thought it would be.


Diego Snow is a snowboard racing game that has always been too hard for them, but I remain hopeful that if I provide motivation in the form of a character they love, they'll learn how to play the game.  You never know unless you try.  One of these days I'm going to look over and see AJ rocking the iPad back and forth, driving Diego down the snowpath.

In the meantime, I guess Aliza and I will keep playing it and hope that they watch and learn.

I have some books on the iPad the boys like too.  Books are so interactive on the iPad.  Along with the story there are usually some activities to do and watch.  I'll post on that one later next week.